An organisation representing John McGlashan College Old Collegians was initiated by founding Principal Arthur Butchers. On Friday 21 October 1921, following a dinner in the college dining room, the John McGlashan Old Collegians’ Association was formed at a meeting in the Principal’s house. Writing in the College chronicle The Ink-Well, Butchers said ‘the establishment of an enthusiastic, if small, Old Collegians’ Association affords gratifying evidence of the affectionate regard of the old boys for the College’.

After toasting the King, the College and the Old Collegians’ Association of John McGlashan College, the meeting got down to business. The first president was Rutherford Don and Maurice Wilkinson was elected honorary secretary and treasurer. The inaugural committee was C C Robinson, Frank Butterfield, E B Stewart and the principal (ex officio).

The Association’s original objective was to be a social organisation, with a subscription set at five shillings, which included the annual dinner and magazine subscription. The inaugural annual meeting, dinner, reunion and dance were held after the college athletics sports in the first term of 1922, attracting 25 old boys to the Strand tearooms in Dunedin. The following year’s reunion was held in June, during which an old boys’ XV played the college First XV in rugby, with the college side winning 6–3. Rugby and cricket matches against the top college teams became an annual fixture. At the 1925 reunion, James Begg was appointed the OCA’s first patron.

The association’s activities gradually evolved to support the college by sponsoring essay and debating competitions and holding concerts for pupils. Debating topics did not shy away from contentious but pertinent issues of the day. These included That the British Empire is not justified in maintaining Royalty. In 1932 the topic was That Germany’s claim for equal armaments is justified and in 1934 That this house is opposed to war in any circumstances. A later debate topic was That the British proposal to partition Palestine between Arabs and Jews is the best method of encouraging the peaceful and economic progress of that country.

In 1926 it was resolved that boys leaving the college should have free membership for the first year. Also that year, an OCA college blazer was introduced and in 1932, an OCA tie. In 1934 a Southland branch was formed, and the following year, after encouragement from new principal Robert McNab, a reunion weekend was arranged for late March. It attracted 65 old boys and involved sporting events against current pupils over two days in fives, tennis, cricket, rifle shooting, a relay race and tug-of-war, with a Sunday service concluding activities. A few weeks later, OCA members joined the newly formed McGlashan Association of parents and, armed with picks and shovels, helped to level the clay bank above the cinder patch to make room for more lawn and tennis courts.

During the war, former pupil Colin Gray initiated plans to construct the often-talked-about college chapel and dining complex. Gray, who would later become a distinguished lawyer, was serving in Italy in 1945 when he conceived the idea of a memorial to college old boys and staff who served and died in the war. On his return, he convened a fundraising committee and was on site almost daily overseeing construction. When it opened in August 1960, the complex was debt-free and within the budgeted cost of £59,000. Gray was later made a life member of the OCA and in 2016 was inducted into the Distinguished Old Collegians gallery.

With the end of the war, there were signs of renewed activity from the OCA, such as the 1946 annual meeting, which attracted 60 people. Twice that year, working parties of old boys laboured to help develop school grounds. The 40th reunion of the college in 1958 attracted 200 old boys and lured the popular former staff member C E Blackwood (Kitty Glendinning) back to Dunedin from Scotland, along with Butchers, despite his failing health. Activities included a ball, a golf tournament (won by John Meek) and a church parade at First Church. The following year an old boys’ dinner in Wellington attracted 15 people and the next year 28 attended a dinner in Alexandra.

In 1967 Peter Fels was appointed to organise a 50th jubilee appeal for funds to develop new playing fields on land bought from the Otago Golf Club, along with new laboratory and biology classrooms. He was assisted by Ted Lloyd, WB Scoular and college bursar Harold Service. The OCA raised over £10,000 – some from subscriptions – which was handed over to the 1968 jubilee committee.

Together with the Parents and Friends Association, the OCA played a significant role in fundraising appeals for new facilities in the 1960s and 70s, contributing to the $205,000 raised both in cash and in kind. The school was undergoing rapid expansion, with a new gym, revamped library and a new hostel all either proposed or under construction.

In 1988 a 70th reunion was held, attracting many who had attended in the first three decades; as well as raising funds for projects, it also worked as a trial run for the 75th Jubilee. The 70th reunion attracted former pupils from as far away as Australia and Hawaii to three days of celebration. Writing in the school yearbook, one of the jubilee organisers, Alistair Wright, said the two main projects were to update and rewrite the college historical register and to fund a new entrance on the south side of the chapel. 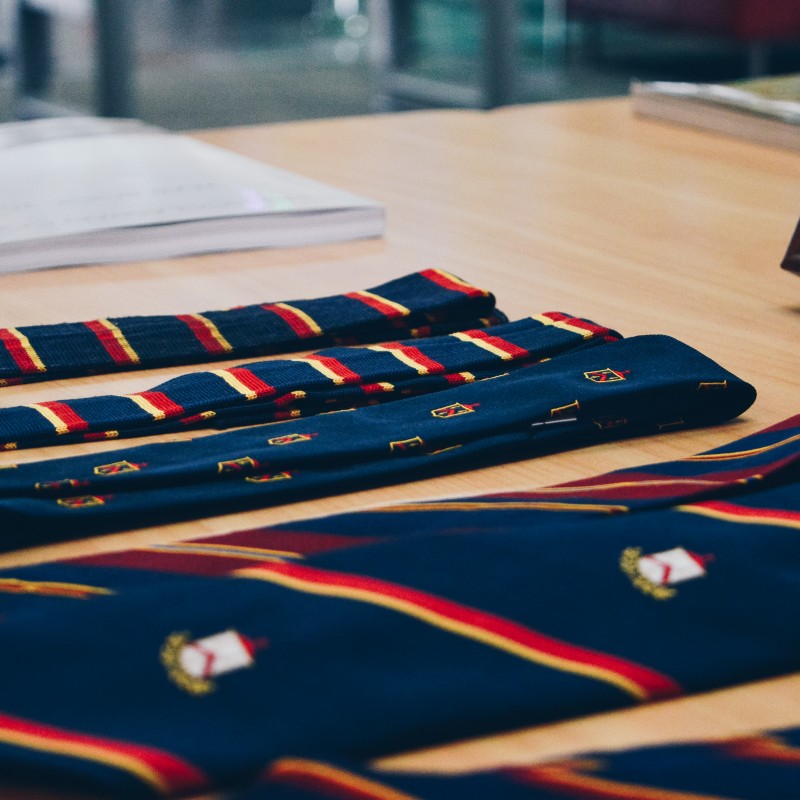 The 75th celebrations were held in March 1993 and started with a get-together in the Dunedin Town Hall on a Thursday night. The next day, the specialist block was opened and on Saturday evening a formal dinner was held at the town hall. Class and group photographs were taken and a church service held. Boarders’ breakfasts were provided on Saturday and Sunday mornings, to which Wright quipped: ‘most registrants enjoyed a boarders’ breakfast, noting that some things hadn’t changed’. Wright also noted that five of the seven prefects in his last year at the college were present and of the possible pupils still alive and fit, he calculated the 500 enrolled equated to a turnout of about 25%.

In 1990 the OCA annual meeting doubled as a sporting challenge, with past and present boys taking part in basketball, tennis (when fathers and sons played in the same team), and two cricket matches where sons played fathers and old boys played pupils. Hockey and touch rugby were also played and the weekend concluded with an old boys’ dinner.

In 2008 several hundred people attended the college’s 90th anniversary, which coincided with the opening of the Edgar Learning Centre. The OCA commissioned a painting of the college by Sam Foley, which was gifted to building benefactor Eion Edgar. Ten prints were auctioned off to pay for the original artwork. Reunion events included a social gathering at the Otago Golf Club and a dinner and dance at the Town Hall, as well as events at the college. Author Gordon Parry wrote a history of the college’s first 90 years.

In 2012, the Old Collegians’ Association, in conjunction with the Board of Proprietors, introduced a gallery to recognise old boys who excelled in sport, art, professionally or in the community. Nominations for inductees were considered by the OCA and Board of Proprietors and a ceremony held at a school assembly close to Founder’s Day. 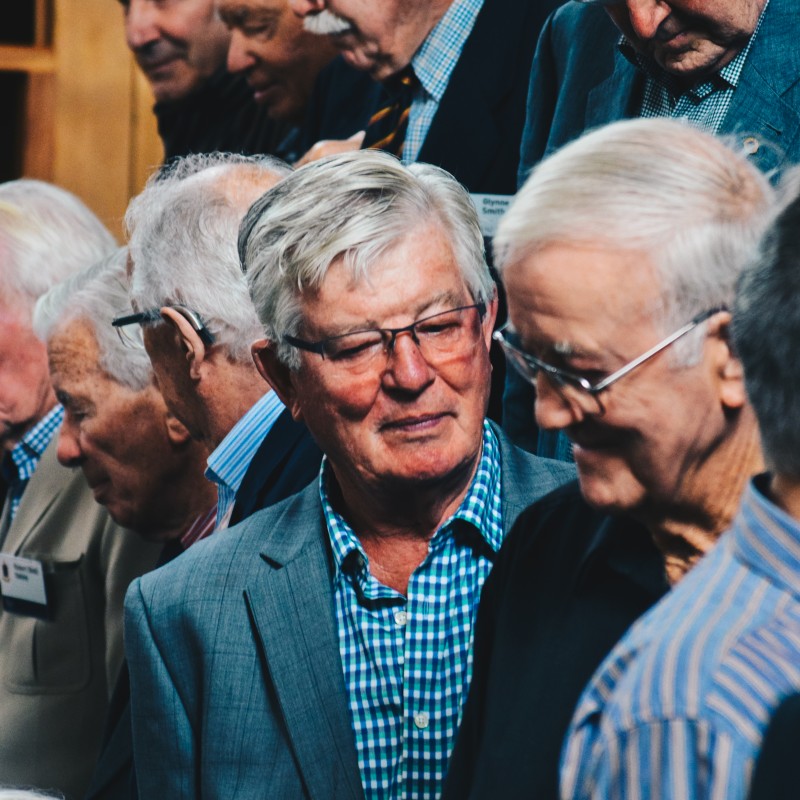 As the college headed towards its centenary, the OCA was heavily involved in organising the event, held from 9 to 11 February 2018. It included a chapel service, the annual OCA golf tournament, cricket and touch rugby matches against college teams, tours of the college campus, a get-together on the Friday night and centennial dinner at the Town Hall on Saturday night. This school centennial book was also launched. The OCA donated a sculpture designed and constructed by college art teacher Bryn Jones.

The lead-up to the centennial was also a period when the OCA was reflecting on its role. The objectives of the OCA remained unchanged: to promote collegiality among college old boys and to serve and promote the interests of the college society in the 21st century. Attendance at OCA events had been declining but gatherings arranged by year groups remain popular. The way young people interact and their social habits had changed. ‘A large part of this is due to technology changes. No longer do people require the association to keep up to date with their peers and the school,’ association chairman Simon Cameron said. ‘The Otago Daily Times, Facebook, Google, WhatsApp and emails all make it easier for people to keep in touch and informed. While these changes have been great for keeping people in contact, they have made one of the purposes of the OCA less relevant. Combined with the busy lives we lead, the OCA committee is finding it difficult to attract new members and the time to keep the association running effectively.’

A new direction began in 2017 the school hired Kirstyn Mawdsley as Director of Marketing and Development to lead the College's engagement objectives and fundraising activities, as well as promote the school.  Cameron said the OCA would work closely with her to help achieve the college and the association’s goals: ‘By collaborating more we hope to provide more social events that should also directly benefit the school’.  In 2018 Old Collegian John Guthrie was appointed as Archivist and Alumni Officer.  John will work alongside Kirstyn to help achieve all engagement objectives and will be working towards building the connections within the Old Collegian Community and between the College and the OCA.