The awarding of Blues at secondary school level is a very important occasion. It reflects the Colleges attitude towards sport at the highest level.

Arthur received his cap this year after two years in the 1st XV. He also joined the leadership group for the JMC 1st team. Arthur was selected in the Highlanders training camp as well as the Under-18 Metro team this year. Arthur also attended the ‘Advanced Player course’ at the International Rugby Academy in Palmerston North. Arthur helped Jason McDonald coach junior front rowers at JMC.

Spencer has represented the JMC first team for two years. This year Spencer was selected to represent his region in the Milk Cup in Northern Ireland. This Under-17 side played teams from all over the World coming away with an excellent win/loss record. Spencer has coached Maori Hill Junior Football Club for two years. In 2011, Spencer won the ‘Otago Sports Youth Volunteer of the year’.

Charles has been in our JMC 1st team for 5 years. Charles captained the side this year to a victory in the Otago schools competition. The team then went onto win promotion into India Rankin Cup. A major milestone and just reward for a great servant of the school and the game. Charles received a cap this year for playing 100 games for the first team. It is believed that he is the first person to achieve this. He plays for the Southern U18 team and has coached and umpired JMC teams for 4 years.

Rory has been in the 1st XV for 3 years now. This year he was an inspirational co-captain of the victorious team, which took out the Southern Wide competition. Rory holds a 1st XV cap and has played for the Otago Country Under-18 team. Rory also helped out with the Under-14 B team this year.

Rory feats on the Rugby League field won him a finalist spot in the Otago Sports Person of the Year - he was one of three selected to contest this award. Last year he captained the Under-16 NZ team and was named ‘Player of the Year’. This year he captained the Under-17 South Island team and won selection into the NZ Under-18 25 man squad (the only South Islander to do so).

George was captain of the JMC ski team, which came third at the South Island Secondary School Championships recently. George has competed for many years at both Otago/Southland and South Island level. This year he achieved a 9th in Grand Slalom and a 4th in the GSX.

Louis has fashioned an incredible record over the last two years in Fencing. In 2015 he has placed 1st four times at Otago/Southland level in grades from Under-17 to Open. At South Island level he has a 2nd placing in the Foil and a 5th in the Epee. At NZ level he has a 2nd and a 3rd at Under-17 and a 3rd and 5th in the Open. He has 8 rankings of 6th or better at NZ level from under-17 through to Open. Louis has represented NZ at both Under-17 and Open grade. In a commonwealth Championship, Louis gained a 6th in the Under 17 Epee and a 10th in the under-17 Foil. Louis does his service at the Claymore Sword Clubrooms.

Woody is in his second season with the 1st XV. He has a 50% shareholding in the engine room partnership with Sam Moir–Grace. The strong silent type, Woody has a reputation for getting the job done. He is in the Metro Under-18 team and is no doubt bound for higher honours next year.

Seamus has been in the JMC 1st team since 2010. He has also been in Otago teams since 2010. Seamus now plays for the Open Men’s, Dunedin Thunder team. In 2014 he was named in the NZ under-16 team and is currently trialing for under-18 team. Seamus helps coach the school sides.

The mercurial first five eight has had two seasons in the 1st XV. This year he was selected in the Metro Under-18 team and also attended the Highlanders camp. Daine helped his team towards a championship win by becoming the highest points scorer in the history of JMC 1st XV rugby.

Cameron has been a member of the JMC 1st XI for two years. This year they won their Otago schools competition as well as promotion into India Rankin Cup for next year. He is a member of the Southern Under-18 team. Cameron coached the JMC year 10A team as well as helping Mum with the St Hilda’s B team.

Sam has been in the 1st XV for two years and hopefully he will renew his combination with locking partner Woody Kirkwood again next year. Sam has played rep rugby since 2011 and this year was selected in the Metro Under-18 team.

Anthony has played for the JMC 1st team for 3 years. This year he was selected for the Southern Under-18 association team. In his final year at College he was an integral member of the team that won the Otago schools competition. A good team man, his enthusiasm and competitiveness made him a huge contributor to the team and a worthy Blues recipient.

Reece was inspirational on attack and defense for the JMC 1st XV. A member of the leadership group, Reece shared MVP for the year with good friend Josh Timu. Reece was chosen by players and supporters as their ‘Player of the year’. A worthy Blues recipient. Please give Reece Stackhouse a round of applause.

Co-captain of the JMC 1st XV, Josh has been a member of the team for 3 years. This year he shared the MVP with Reece Stackhouse. Josh received a cap for playing 50 games for the 1st XV, he also was selected for the Metro Under-18 team and attended the Highlander Camp in both 2014 and 2015.

Ryan has been in the JMC 1st XI since year 9. He has also played rep hockey since 2008. In 2013 Ryan captained the Under-15 Otago team. 2014 and 2015 saw Ryan named in the Southern Under18 team as well as being asked to attend the NZ High Performance Centre.

Finally, thank-you to the committee for their rigour and commitment in the selection process. 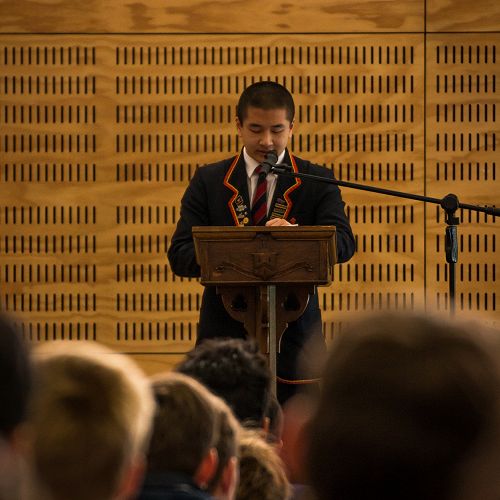 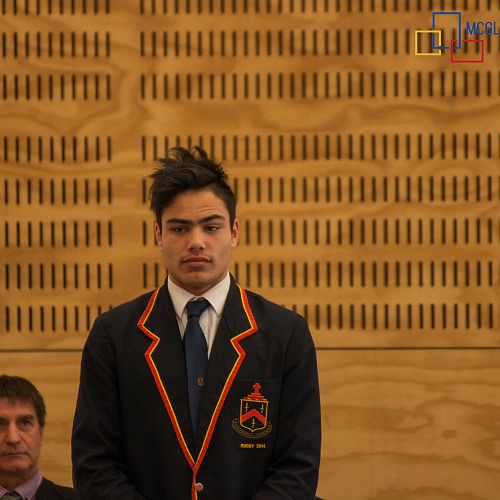 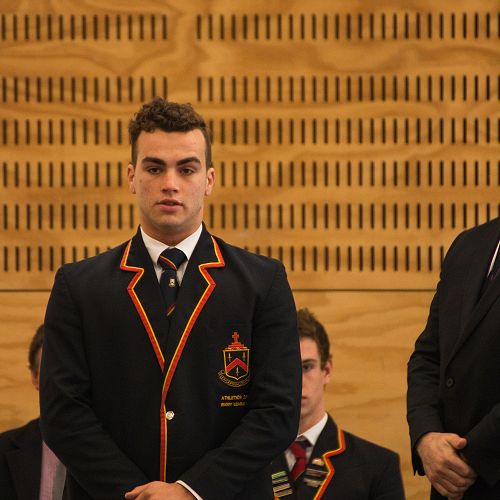