NZC cup Cricket John McGlashan Yr 7 and 8 NZC Cup T20 team travelled to Bayfield Park on Tuesday 26th February, to play round 1 and 2 of the tournament. McGlashan won the toss against DNI and chose to bat first blazing 167/2 in 20 overs; the highlight was a sparkling innings from  Will Kara making 83* runs (not out) and Jonty Riley stylishly making 43 runs. DNI only made 65 runs reply, as our team fielded and bowled very well.

The second game was against Tahuna Intermediate, which was a much bigger step up from last game. JMC batted first and made 130/2 off 20 overs. Joseph Devereux-Kilpatrick made a sound 51 runs, and Jonty Riley backed up with 43* not out. Overall the batting performance was amazing from JMC against some very demanding bowling.

At the start of their innings, Tahuna were looking quite comfortable, which put a bit of pressure on JMC bowling and fielding. But Will Kara bowled an amazing delivery to get Luke Murray out, clean bowled. From then on JMC tails were up, and they bowled and fielded like BlackCaps, very well at least. Tahuna were dismissed 30 runs short, of the JMC total.

Overall, on the day the JMC Yr 7 and 8 NZC cup T20 team should be very satisfied with their first hit out, and are now looking forward to playing Southland Boys' at home in the next round. 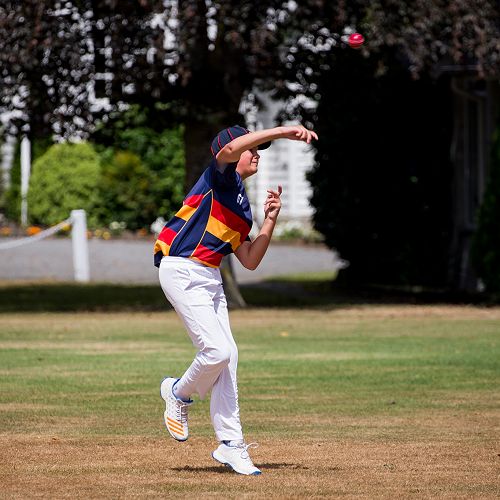