Competing against a mix of South and North Island schools in this 16-team tournament, McGlashan was the only team not to concede a goal in pool play and missed out on a finals berth after falling in the semis to eventual trophy winners Kapiti College, from Wellington.

McGlashan started strongly with wins against St Bede’s (5-0) and Nayland College (2-0) and confirmed their place at the top of their pool group by beating Geraldine High School 7-0. This secured a quarter-final berth against Kaiapoi High School, which McGlashan won at a canter, scoring ten goals.

Played in very windy conditions, the semi-final against Kapiti College was McGlashan’s toughest match of the tournament. Kapiti had the better of the game but was unable to score against the stalwart McGlashan defence in regular time. With the score 0-0 at full time, this took the game to a penalty shootout, which Kapiti, unfortunately, won 5-4.

While Kapiti went on to meet and defeat Kings High School in the final (again by penalty shootout), Johnnie's boys had to lift themselves for the third/fourth playoff, against Wakatipu High School. This was another polished display, with McGlashan scoring three times in the first half before Wakitipu pulled one back through a penalty. McGlashan scored a fourth goal early in the second half, and the score remained at 4-1 until Wakatipu scored a consolation second goal just before full time.

This year’s tournament team were also notable for having easily the best defensive record in the competition. Credit for this was due to the hard work of goalkeeper George Sinclair, and core defensive players Matt Johnstone, Alex Thomson, Jordan Mitchell, Yugen Miyahara, Jack Nicholls and Paddy Wennekes

Paddy, like Cam and Quin, joined the firsts for tournament week after a successful 2nd XI season.

Tournament week also saw Yugen, Alex, Matt and Callum Duncan join Harry Fraser in earning more than 40 caps for the 1st XI. The final 1st XI appearance tally for these lads – all of who are in their last year at McGlashan – is as follows: Harry Fraser, 47 caps; Alex Thomson, 45 caps; Yugen Miyahara and Matt Johnstone, 43 caps; Callum Duncan, 42 caps.

Third place at the Jim Wishart Tournament follows a trophy win at last year’s Linwood Cup tournament and runner-up honours at the Linwood Cup in 2015.

As was the case in 2016, the football first XI was coached by Jude Fitzpatrick, with David Thomson as team manager. The team was also accompanied to this year’s tournament by Tiny Carruthers, Rose Sinclair and Russell Lund. 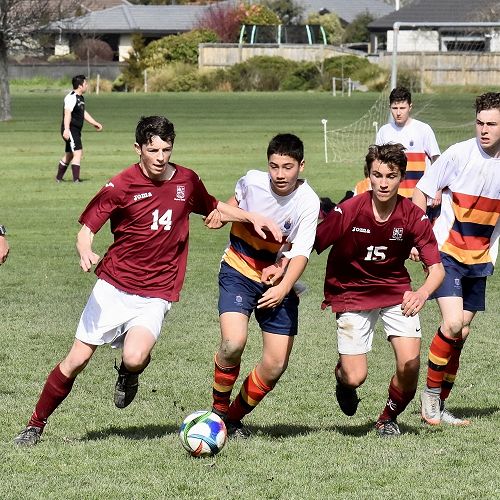 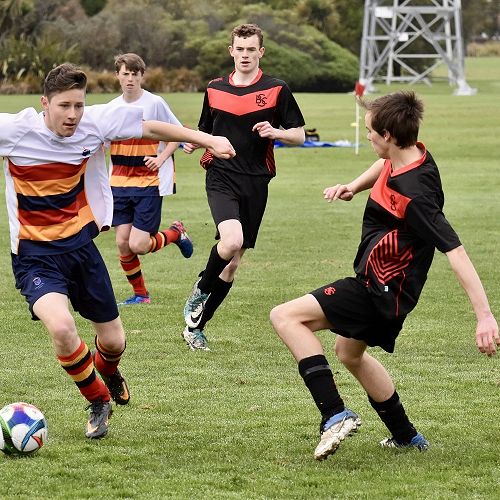