The JMC golf team defeated STAC convincingly (12 1/2 matches to 3 1/2) at the latest interchange in Christchurch 9–10th March. The teams played two rounds at Clearwater and one at Pegasus.

All of the players hard training paid off when everyone recorded great rounds. Patrick Williams and Kyle Clark played particularly well and managed to win all of their games. Callum White (year 8) after scoring 74 at the interprovincials last Friday carried on his great form with scores of 80, 81 and 76 in the ambrose with Joel. Luke and Joel shot super rounds of 79 and our team captain Ryan Whelan 77 at Pegasus on the final day.

Playing at Clearwater was fantastic honour for the team as the course was in superb condition following the recent NZ Ladies open event which Lydia Ko had won in the previous week. 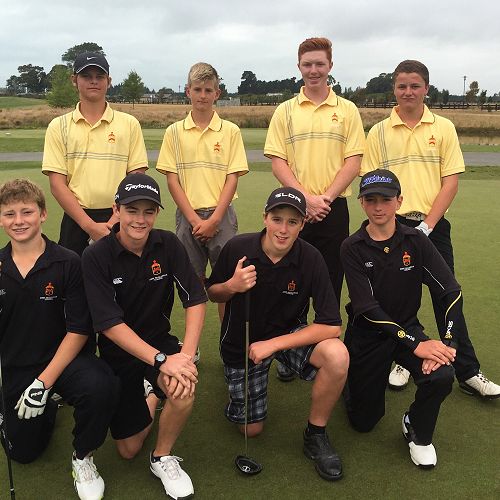