After a month of training and tutorials, the Bronze DOEHA boys were ready for their expedition to the Mavora Lakes.

Our trip began with a four and a half hour drive to Movora Lakes. When we arrived, we were greeted by another group of students who had just been tramping. After they left, we proceeded to claim land as ours. This was a risky job but eventually we all agreed on our camp spots.

With that behind us, we set up our tent and built a temporary shelter for our bags from some tarp and a shoelace we found. This served us better that the waterproof lining on our tent, from which our sleep suffered. For dinner that night we had spaghetti bolognaise specially prepared by Stewart Van Turnhout. We all worked together to make the spaghetti and had a great meal.

The next day we prepared for the Big Hike, which didn’t let us down. We had a breakfast of bacon and muesli as we packed our bags full of the essentials. The hike started with a short flat walk that fooled us all into thinking that this was going to be easy. This soon changed as the mountain came into view. It was huge and the riverbed we had to climb up reminded me of Baldwin Street. As our rag-tag band of bedraggled trampers clambered towards what we thought was the top, the rain started. It poured and poured and poured until it could pour no more and stopped to have a rest. We took this opportunity to do the same.

As the day went on we climbed higher and higher constantly thinking that the top couldn’t be too far away. Eventually, after hours of climbing we were greeted with the words “This is the summit… I think”. With this encouragement we leapt forward with newfound energy. Good thing this was the summit because the newfound energy was also quick-burn energy. Exhausted, we looked towards the descent. A long walk across a ridge and then came the scree fields. Unfortunately, the prospect of a quick descent was dashed by the appearance of large rocks and the elusive “scree-alanch”.

After this interruption ceased and we were well rested, the teachers told us what to do next. Now unfortunately, instead of going down the river, back to camp, we were told to enter a place I can only describe as Fangorn Forest from The Lord of the Rings. We battled through the trees until we reached a clearing. From there we split into groups and, using a compass, found a path back to camp.

The next day we packed our bags, had our breakfast and headed out for a two-hour walk around the southern lake. At the end of that, we all stood on a swing bridge, took some photos and got in the vans for home. 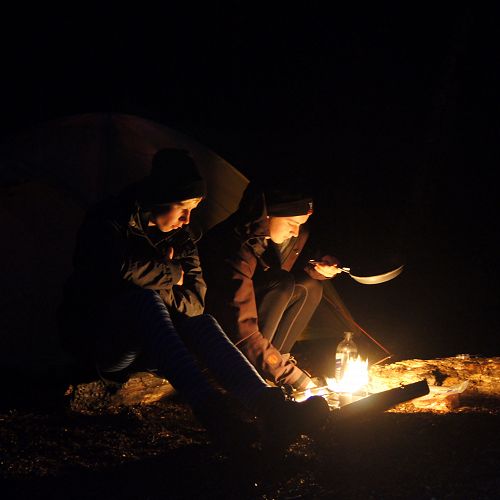 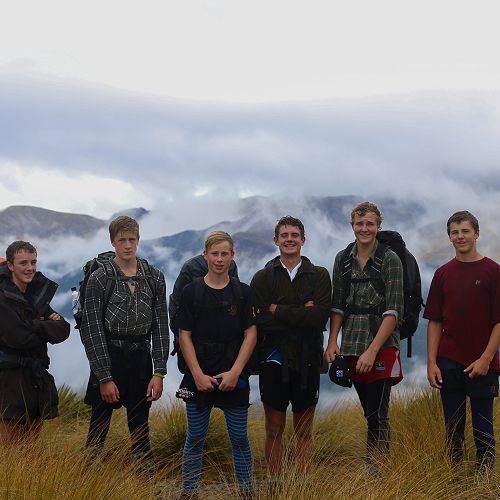 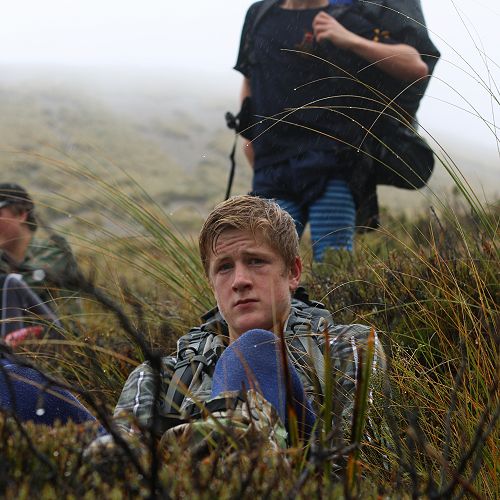 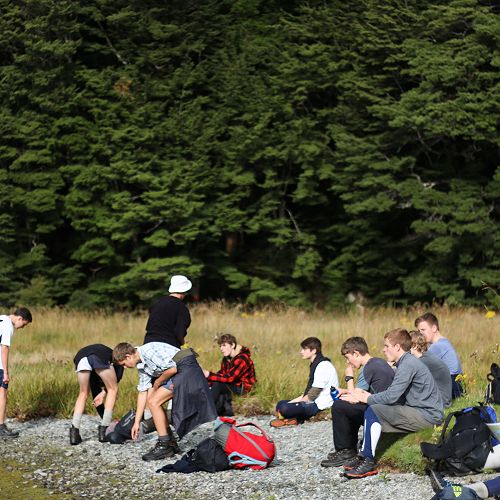 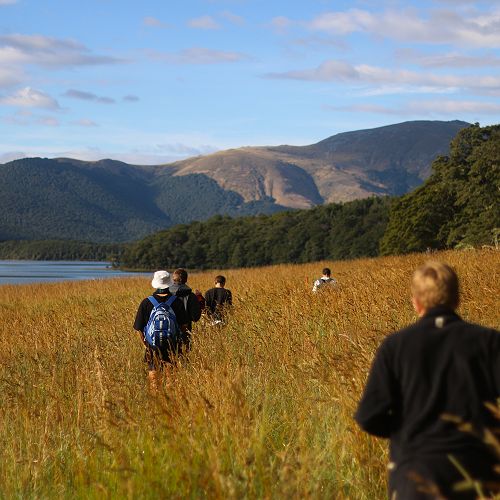 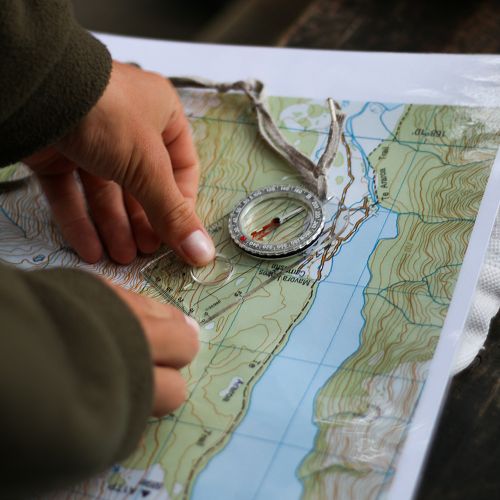 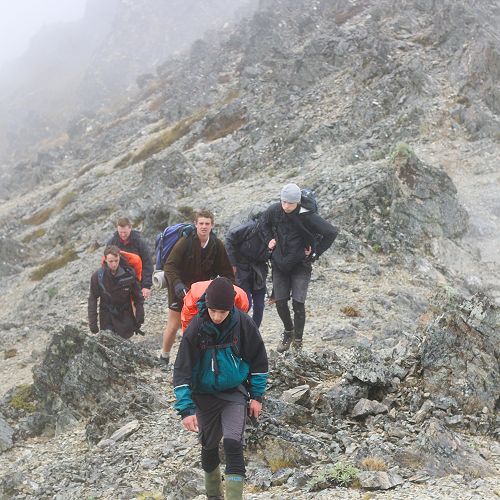 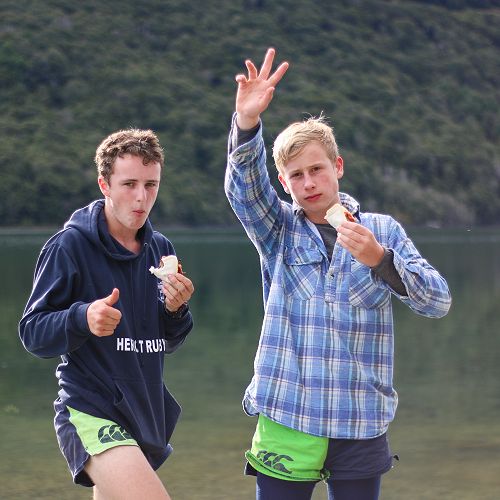 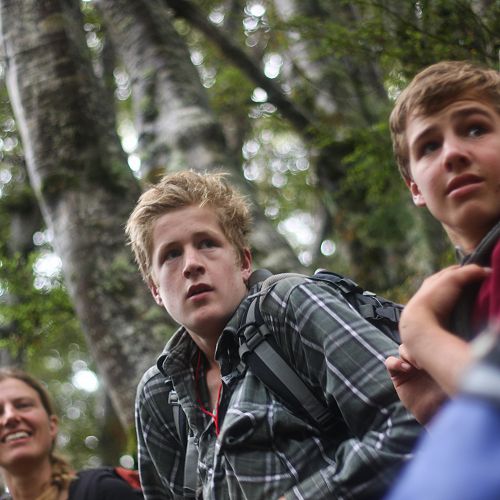 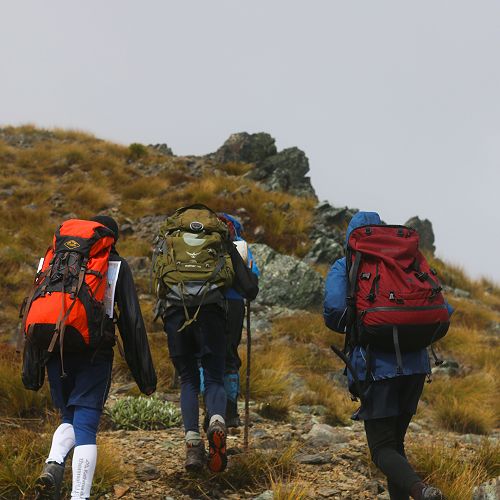 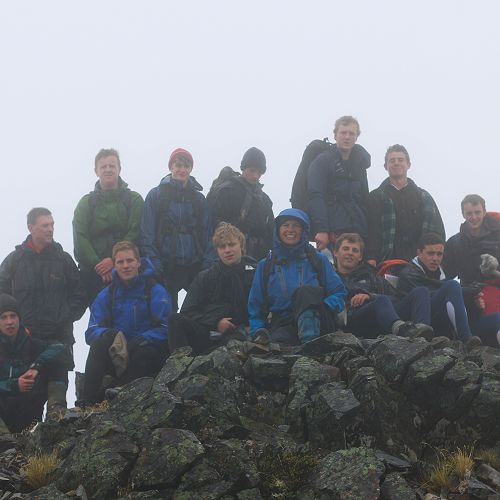 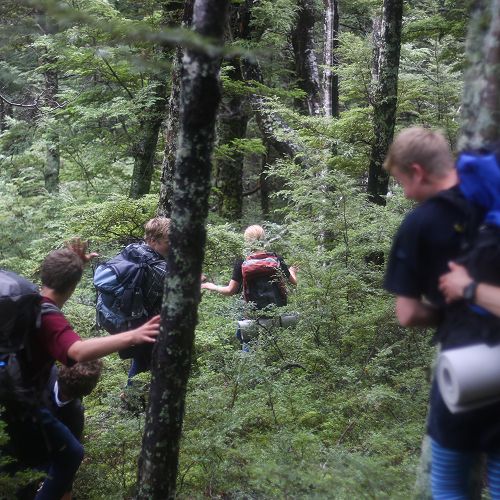 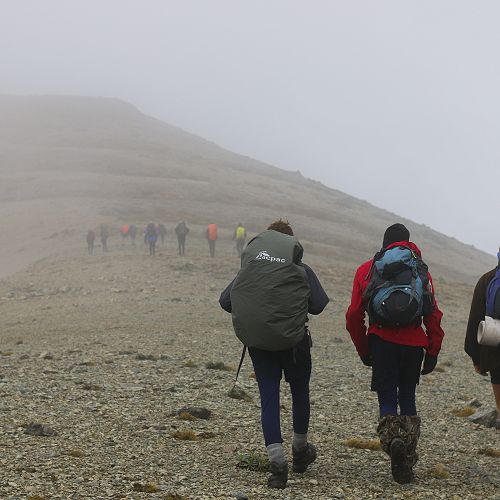 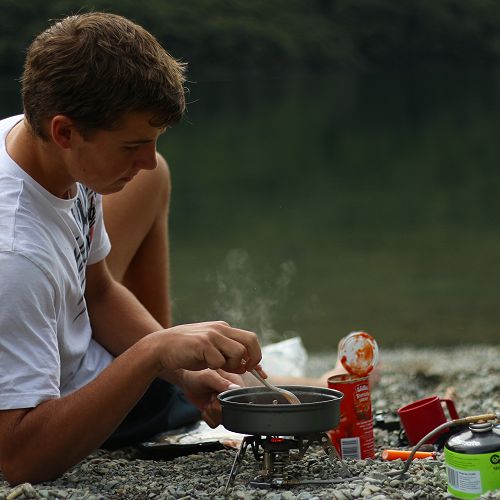 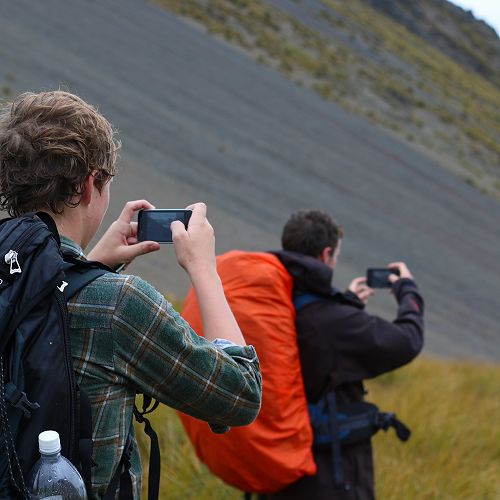