On the 2nd of July, a team of nine swimmers travelled up to Greymouth to compete at this years South Island Secondary School Championships.

The championships serve as the biggest secondary school event in the South Island. Out of the 40 schools competing, John McGlashan College came out as the top Boys School in the entire South Island. This is a tremendous achievement for the school and shows the great depth of swimmers that we have at McGlashan.

Courtland Ellis was the school's top performer, placing 1st in 5 events and coming 2nd in another. The next best performance was from Han Zhang who managed to come home with three 1st placings and a 2nd. Ben Carr had an outstanding meet placing 1st in the 400 IM, whilst also gaining two 2nd placings and a 3rd.

The McGlashan A team of Courtland Ellis, Han Zhang, Matthew Gillespie and Ronald Poon managed to win both the 4x50m Freestyle Relay and 4x50m Medley Relay. The B relay team, which consisted of Nathan Wolf, Ben Carr, Greagh Williams and Cameron Moran, managed to come 2nd in both of these relays as well.

Other medallists from the championships include Matthew Gillespie (2 Bronze), Greagh Williams (1 Bronze) and Ronald Poon (3 Bronze). The boys had a fantastic trip away, which would not have been possible without the help of Team Manager - Kay Alexander, and Team Dad/Coach - Brent Wolf.

On behalf of the McGlashan Swim Team, I would like to thank them for an amazing trip and for keeping us well-fed over the four days. A great result for the boys, one that they should all be very proud of. 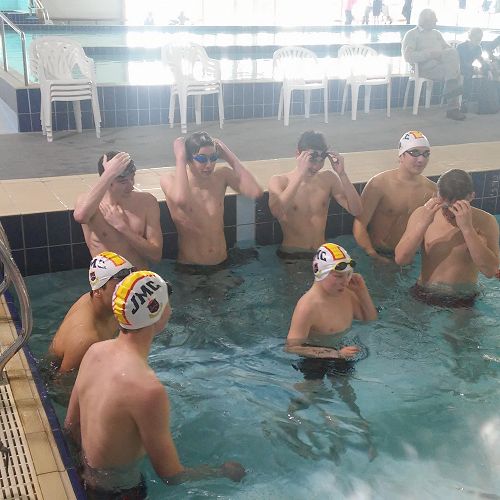 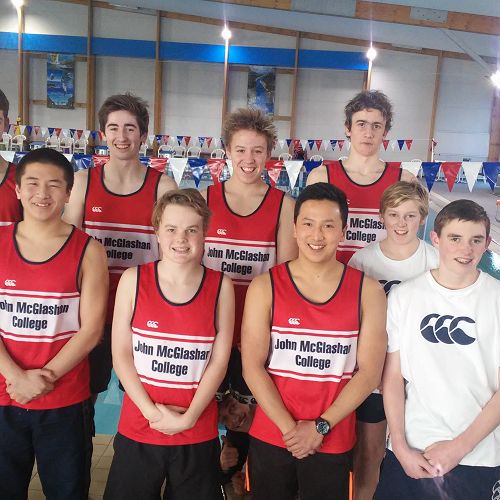