During the 21st and 22nd of March, the John McGlashan First XI Cricket side participated in the Gillette Cup Regional Final.

The winner of this tournament would further progress to the nationals later in the year. The John McGlashan side automatically entered the tournament in the semi finals stage due to finishing second the year before. In the semi final the McGlashan team played Waitaki Boys High School at Tonga Park. McGlashan won the toss and decided to bowl first. The Mcglashan side started well taking a number of quick wickets before Waitaki’s Nathan Smith hit a well-made 57 combining for a 100 run partnership. McGlashan however fought back towards the end of the innings and dismissed Waitaki for 200. The best bowler for McGlashan was Peter Sangster who took 4-39. McGlashan then went about its work to try and chase down the moderate target however they were not helped by the loss of early wickets. Tom Dempster showed skill in making his 46 runs along with a well made 55 from Ryan Whelan. However regular wickets hurt the McGlashan side and they were eventually dismissed for 175.

The two teams proved to have equal ability throughout the day however it was Waitaki Boys player Nathan Smith who had the biggest impact on the match. Smith who had recently represented New Zealand in the under 19-world cup used his experience and class with both bat and ball to lead Waitaki to a win. Though disappointed with the loss the McGlashan side had a third and fourth game against a strong Southland Boy’s side to look forward to the following day.

McGlashan again won the toss, and this time decided to bat first. The side, however, lost quick wickets at the top of the order again. The side fought back well to make 170 runs before being bowled out in the 35th over with the help of 50 runs from Lucas Reid and another good knock of 40 runs by Tom Dempster. McGlashan made a great start in the field with the regular wickets of the Southland Boys top order stopping the Southland Boys side gaining any momentum. The McGlashan side eventually bowled Southland Boys out for 120 thanks to a five-wicket bag from Ness Scully and help from Henry Bell who took three wickets.

The win meant McGlashan was positioned third in the tournament, which was a good achievement for a young side. McGlashan will look to build on this result next year when it will again compete at the tournament for a spot at nationals. 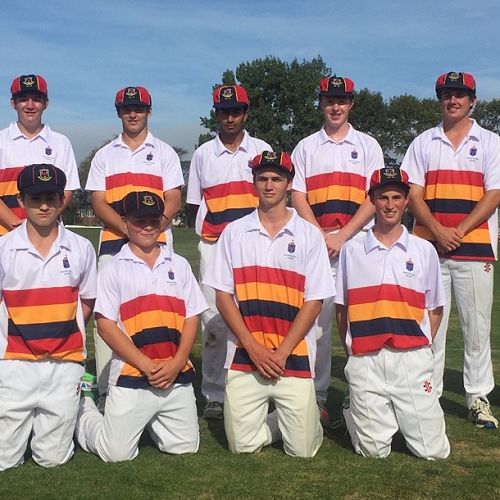