Instead of a retrospective itinerary, we have given you a taste of our trip through a series of appetisers in the form of our highlights. We hope you enjoy them.

One of my favourite parts of the trip to Vietnam was our cyclo tour around Ho Chi Minh City. On the first day of our tour, it was super hot, and we had just been to the War Remnants Museum. The museum was hard on us, but important to see, so everybody was feeling pretty down. Then about 50 of these bikes showed up and a small Vietnamese person came and pointed at me and told me to get on the front of his bike. So I did, and for about the next hour, we just rode around Saigon, in and out of the streets. It was a real highlight because everything was so ridiculously crazy. It was so loud and just in general very alive, and going through the massive intersections with hundreds of bikes riding straight through was a surreal experience. Another highlight of the cyclo tour was seeing the people on the side of the road. It really gave an insight to what living there is like. There was nothing cooler than when I locked eyes with an elderly man, and he just gave me the biggest smile in the world. It was kind of crazy to think that even though he lives on hardly anything, he can still be so happy. This tour was amazing - the smells, the noise, and energy of the city. It was unforgettable.

My highlight was Hoi An because the town was quite beautiful and small - a contrast to the bustling cities. Lanterns line the streets in Hoi An and light the town when the sun goes down. This historical trading post was the starting point for our day trip to My Lai and the where we had our suits tailored for the formal. Yaly’s Tailors was a hive of activity as the Vietnamese tailors measured, helped to choose fabrics and made the suits overnight. They had to cope with the influx of John McGlashan students and St Hilda’s and did so with success - as you might see from the formal photographs.

An infamous name of an infamous massacre - My Lai. The site of a small hamlet in the Son My district where US troops from Charlie Company massacred over 300 people, mostly women and children. My Lai today is home to a museum dedicated to remembering those people, and we walked alongside the ditches that had once seen terrible brutality. It was a harrowing visit consisting of watching a documentary, a tour of the museum, and a walk through the remains of the former village. Our guide organised a speaker for us, Mrs Sau. This gracious and kind woman lost six members of her family in the massacre and fought as a guerrilla from the age of 15. She spoke to us about her experiences and her perspective and answered our questions willingly. Jake Kirkness summed up our feelings perfectly, when he thanked her and said, ‘“it must be hard for you to talk about this, because it is certainly hard for us to hear it.” We felt very privileged to have spent time with her.

Imperial cities and tombs, stone armies, pagodas, dragon boats down the Perfume River - Hue was stunning, even if it was 38 degrees at 8am. I caught my breath however, at the Thien Mu pagoda where we saw the car that transported Thich Quang Duc, Buddhist Monk, to the intersection where he immolated himself in protest at the South Vietnamese government in 1963. Confronting an object that played such a significant role in history was inspiring. We learned something about Andrew Morrison in Hue too - he wears the robes of an Imperial King with a certain regal bearing and satisfaction. Born in the wrong time perhaps?

While we were eating lunch at KOTO restaurant, built on the philosophy of Know One Teach One, to have the owner of the franchise, Jimmy Phan, tell us the story of how he started the restaurant as a charitable venture. He was born in Vietnam, of Vietnamese and Korean descent, and left for Australia when he was two as a refugee from the war. 20 odd years later he returned to Vietnam and decided to make a positive change in the world and helped to feed street children for two years. He soon realised he had been the fisherman providing them the 'fish,' but he had not taught them how to catch the 'fish' for themselves and be their own ‘fishermen.’ He started KOTO, a restaurant that trains street children in hospitality areas over a two year course. He wants his graduates to be the future restauranteurs, hotel managers and chefs of Vietnam. 100% of the kids who go through the KOTO programme to this day are employed at the end of it. It is completely free for all and we were humbled to meet such a generous man.

On a particularly hot morning, we snaked our way through the Hanoi streets to see a long-dead man in a cold stone building. Ho Chi Minh, adored and revered by millions of Vietnamese as the father of the nation and fierce advocate of post-colonial independence, lies eternally in state in a mausoleum – modelled on Lenin’s tomb in Moscow and fused with traditional Vietnamese architectural features. This duality is quite symbolic, as Ho is often seen as the Leninist-Nationalist; a man who used pragmatic strategies and socialist doctrine as means to achieve the ultimate goal of independence for his country.

Ba Dinh Square is, both literally and metaphorically, the dead centre of town. The pilgrimage must be made to honour ‘Uncle Ho’, and hundreds come daily, moving from the stifling heat into the cool darkness to silently file past his raised bier and pay their respects. And it’s a long wait, in a long queue. Except if you’re a small Vietnamese child, in which case you speedily move into the fast-lane with your class, past the western tourists. With your ‘Hello Kitty’ t-shirt and squeaky light-up sneakers.

And so we saw the body of one of the twentieth century’s towering political figures, encased in glass, surrounded by a military guard. It was a morning of contrasts; from the Hanoi heat to the cold tomb, and the air of reverence and silence punctuated by a small child’s sneaker-squeak. And that such a giant of political achievement was less than five feet tall.

Vietnam’s complexity and duality is a wonder to behold.

Halong Bay was a blissful way to round off a fantastic trip. It enabled us to relax and reflect on the trip while cruising round one of the most impressive landscapes in the world. We spent one night on a traditional Chinese junk and enjoyed sea kayaking, squid fishing and exploring spectacular caves on one of the island. Delicious seafood abounded on board and we were treated to a Vietnamese take on hot chips - cooked in coconut oil. Halong Bay was the perfect place to end our inspiration journey through Vietnam.

Our guides Haong and Vu

The best way to describe these two is that they are almost opposite. Haong - loud, confident and almost like one of the boys on the trip. He loved joking with us and having a laugh. Vu on the other hand was quiet. He did not feel as confident about his English and therefore shied away from talking to the group as a whole and left that part up to Haong. However, speaking with Vu one on one, you learnt he had a great sense of humour and an extensive, well rounded knowledge of Vietnam. He always stayed at the back of the tour and made sure no one was left behind. He was very calm and relaxed in such a place that was busy and full on. Haong however is the yin to Vu’s yang. He was very full on. He was always excited to teach us about his way of life but was always fascinated about our ways too. Both Haong and Vu loved our performance of the College haka at our formal imperial dinner.

Vietnam...an amazing time with an amazing group of people

After two weeks of travelling around Singapore and Vietnam we were all ready for home. We returned with an appreciation for the little things in life - the ability to drink water from the tap, being able to buy things without having to bargain and acknowledging the comfort in which we live. I think we were all moved by the humility and contentedness of the people of Vietnam. They have an incredible outlook on life despite considerable hardship.

On the final night we all shared trip highlights, and it was heartening for the staff to hear different highlights from almost everyone on the trip. From the orphanage visit, to visiting My Lai, to eating at Koto and to our crazy cyclo tour of Ho Chi Minh City - the highlights were varied.

From the perspective of the three teachers, this was an incredible group to travel with. It was hot and the itinerary was very full; but the boys never complained and embraced every experience with an open mind. We were immersed in both history and culture, and we have all returned with richer understandings of Vietnamese history. A special acknowledgement to the eight mums who joined the trip. We all appreciated their enthusiasm and energy. It is hard to imagine travelling with a better bunch of people. 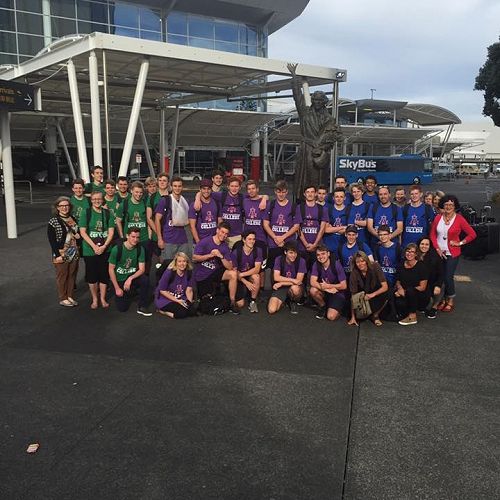 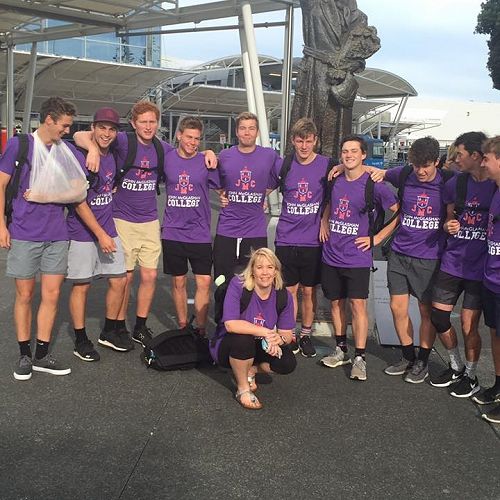 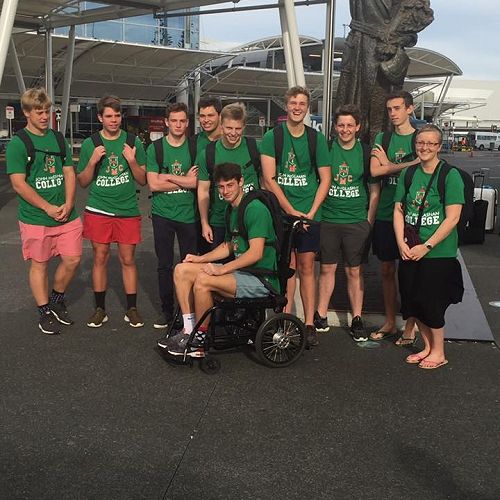 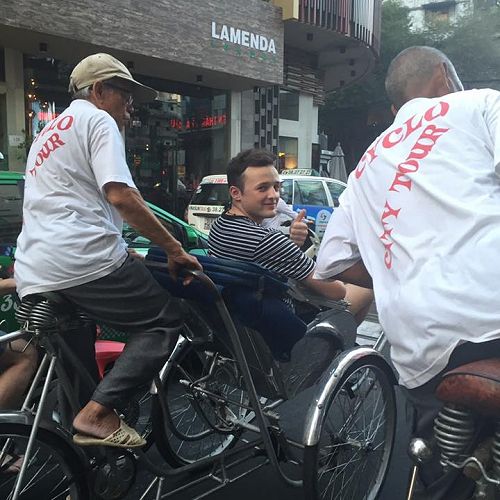 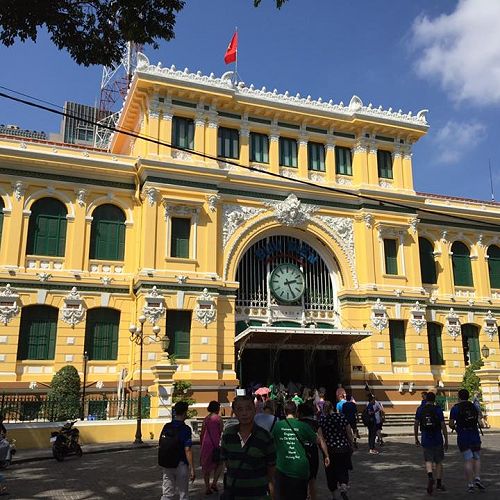 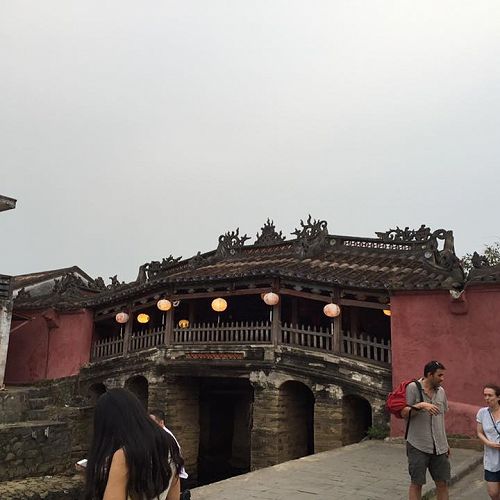 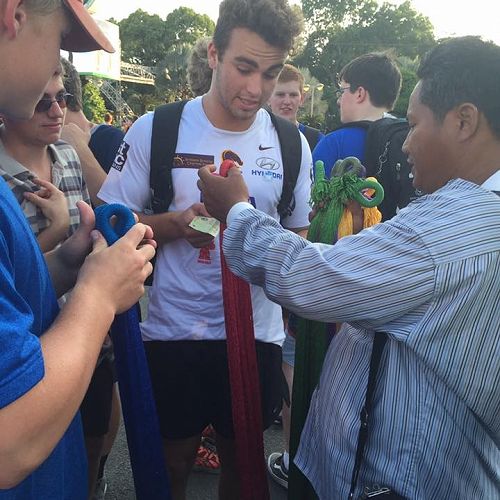 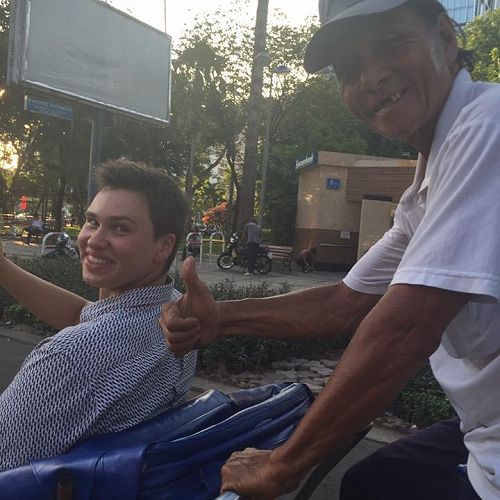 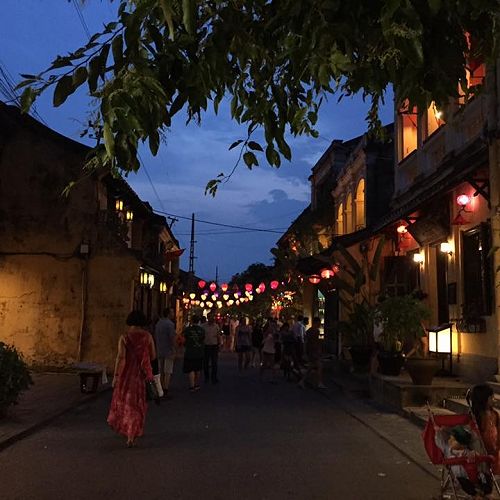 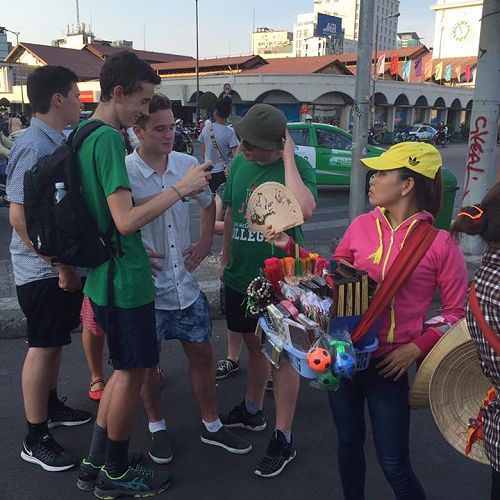 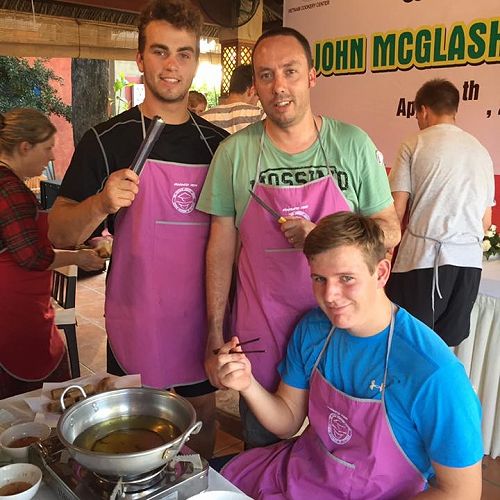 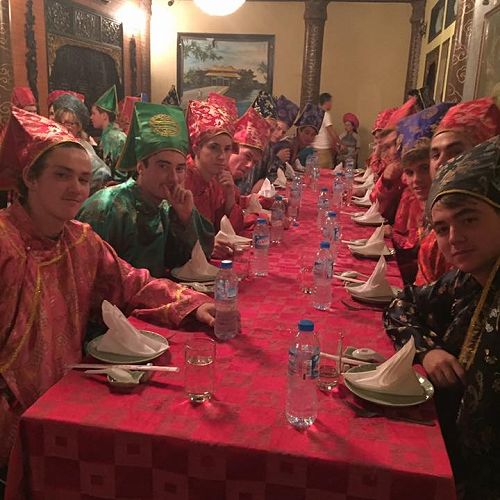 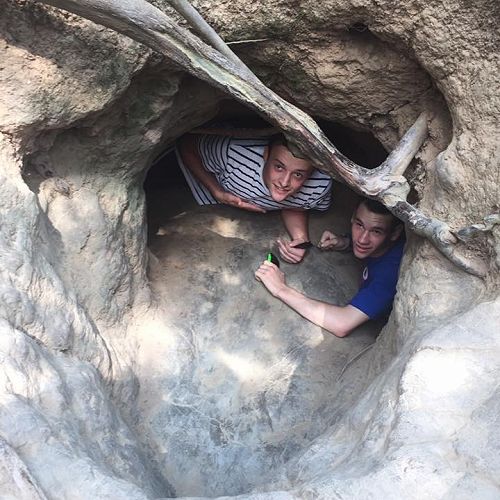 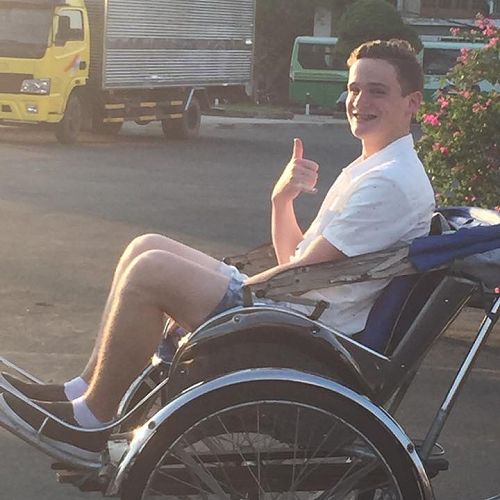 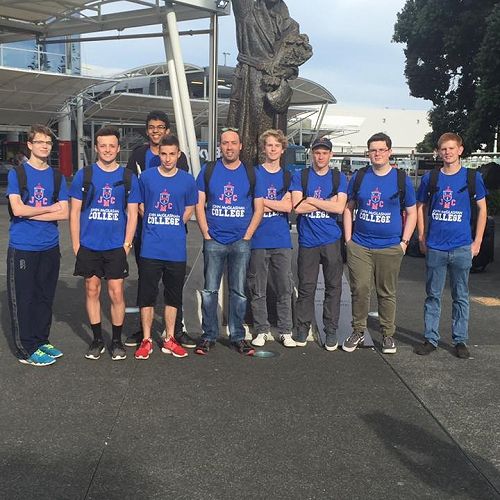 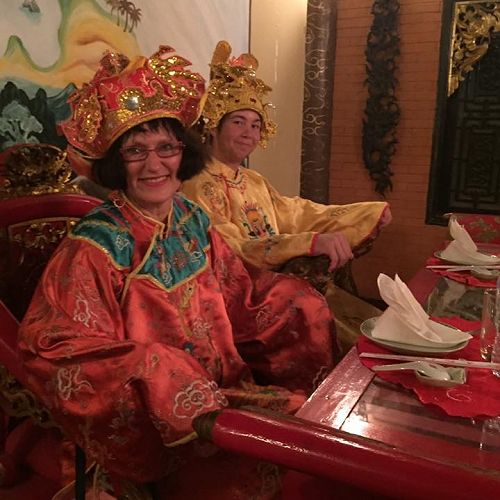 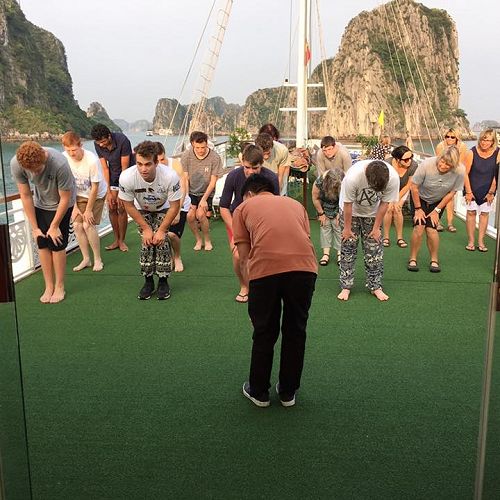 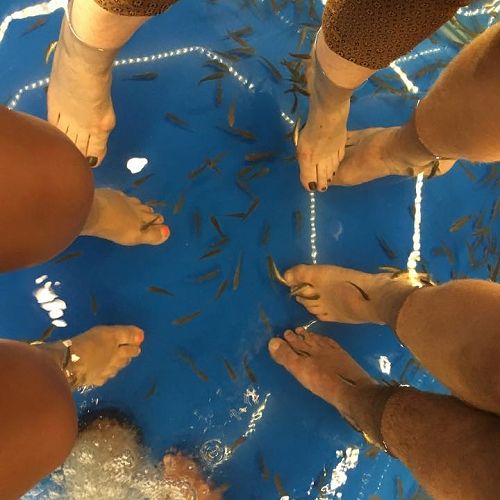 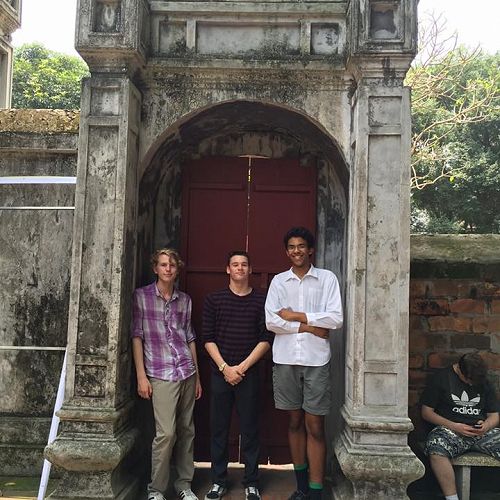 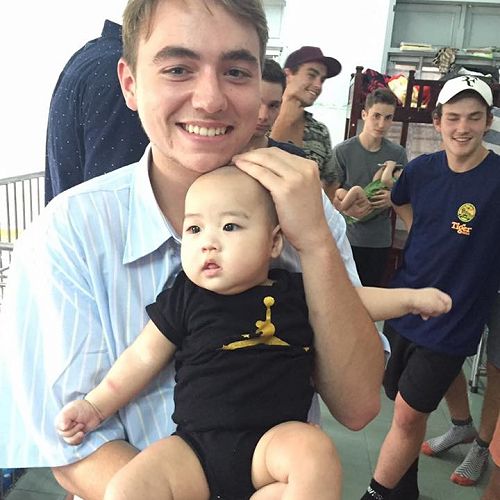 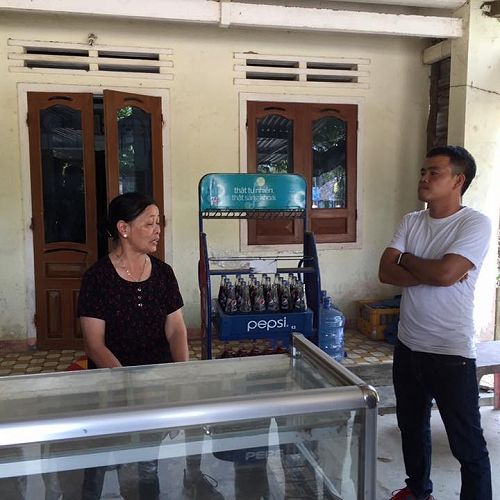 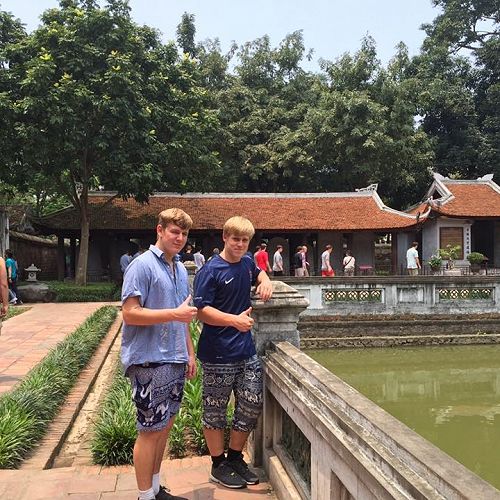 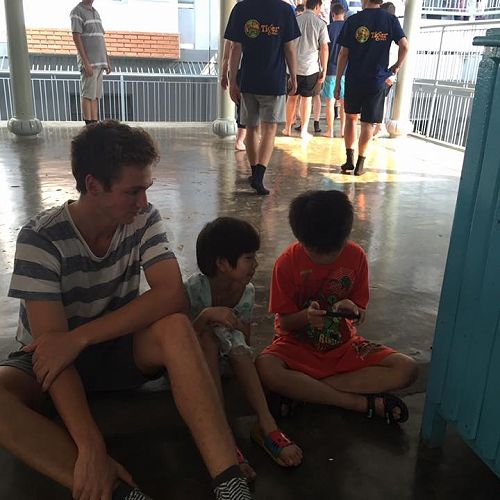 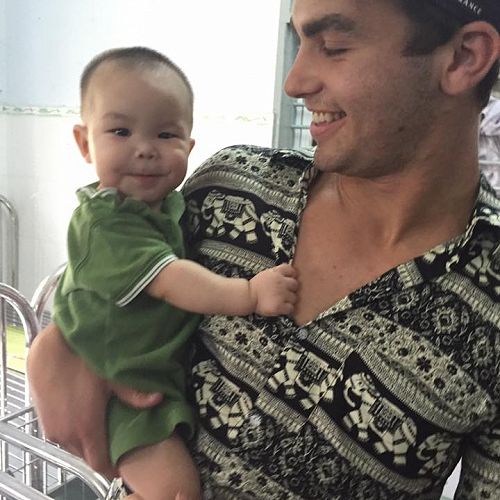 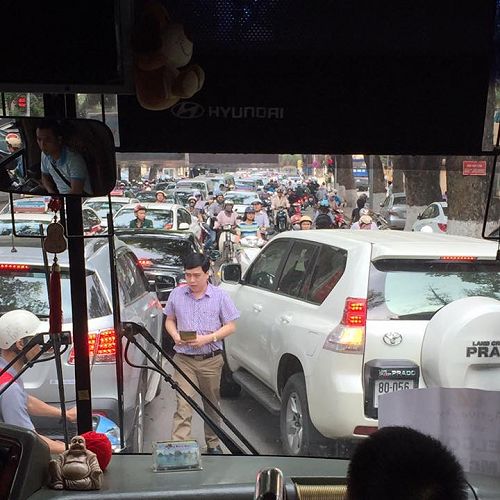 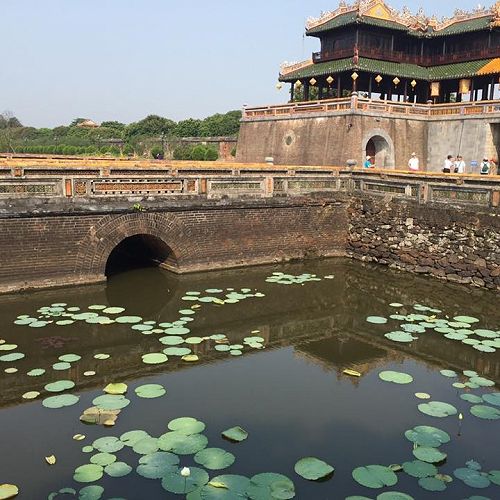 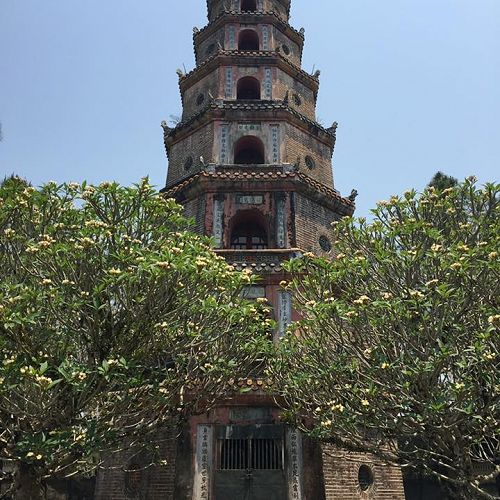 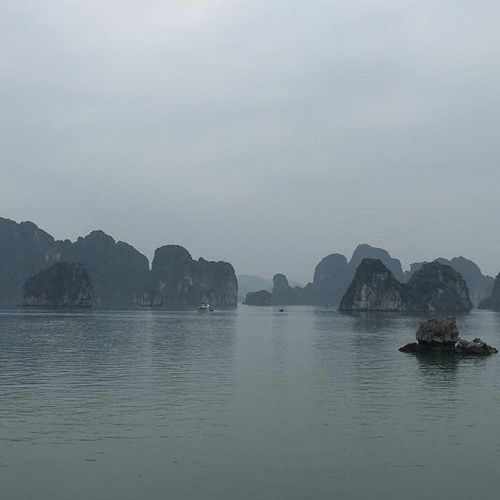 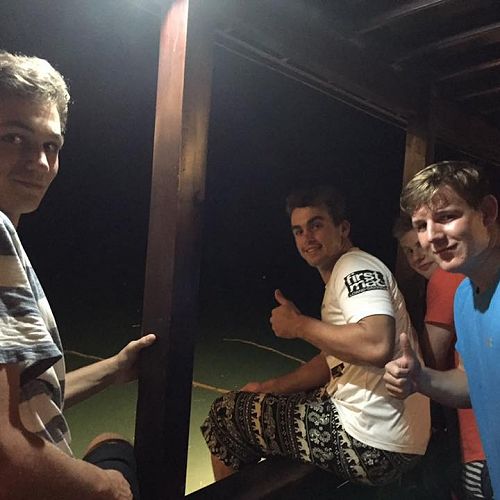