This year's junior speech finals raised the bar once again and there was a wonderful mix of topics and ideas.

Both speech finals were held at the end of Week 2, Term 2; with the Year 9s going first. This year's finalists were; Jack Lundy, Billy Ellwood, Alex Parks, Krishan Luxmanan, Lourenco Botafogo, Chris Preston, Ben Monaghan. The topics ranged from why hybrid cars are the future through to the winning speech about the value of procrastinating. Third place went to Ben Monaghan, second place to Alex Parks, and first place to Krishan Luxmanan. A big thank you to the judges; Josh Mackay and Ms Rachael Gardiner.

Next up were the Year 10s and this year we invited our new Deputy Principal, Mr John Veitch, to be one of our judges, along with our Head Librarian, Liam Miller. The finalists were; Ben Porter, Cougan Brown, Wei Loh, David Cannon, Harrison Biggs, Nicholas Chamberlain, Robbie Perry, and Cameron Durant. We were presented with an even broader range of topics including the perils of 'Pokemon Go' and why we should be aiming to inhabit Mars. Third place went to David Cannon, second place was Wei Loh, and first place was Ben Porter. Every year the standard of speech gets better and better which bodes well for these young men moving into the challenges of NCEA and IB. 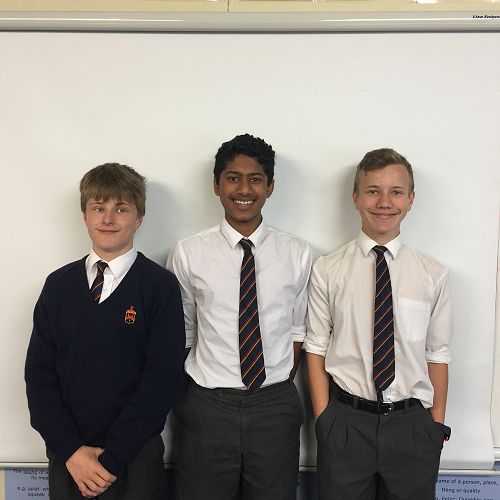