A team of eight swimmers attended the Swimming Championships in Blenheim.For the third year in a row, they took out the title of top boys school in the South Island.

It was an arduous trip of over 800km to Blenheim. Despite the distance, the boys performed exceptionally. On reaching Blenheim on Friday afternoon, the boys had an impromptu water polo game against Marlborough, which they won.

The senior A medley relay team consisting of Max Wolf, Geoffrey Kemp, Courtland Ellis and Nathan Wolf took out first place, while the B team of David Cannon, Eli Familton, Oliver Waker and Max Kirkwood placed third in the same event. The final event of the competition was the 200m freestyle relay where the A team this time comprising, Nathan Wolf, Geoffrey Kemp, David Cannon and Courtland Ellis took out 1st while the “B team” placed 3rd.

In the 15 and over age group all swimmers gained podium results. Courtland Ellis was our top performer gaining six 1st Places. Nathan Wolf placed 1st in 200fly and three 2nd places, while Geoffrey Kemp won the 200m Breaststroke and placed 2nd in three other events. Max Wolf was 1st in the 50 and 100m backstroke events. David Cannon was 1st in the 100m breaststroke, and Oliver Walker Gained two 3rd placings.

In the 14 and under age group, both Eli Familton and Max Kirkwood gained podium placings. Eli placed 2nd and 3rd in the 50 and 200m-breast stroke respectively. Max gained a 3rd placing in the 100m IM.

With racing over it was time to relax and watch the All Blacks draw with the Lions. The next morning we departed for Dunedin at 8.15am arriving back in town at 6.30pm. I would like to thank Warren Kemp for helping with the driving and managing of the team. 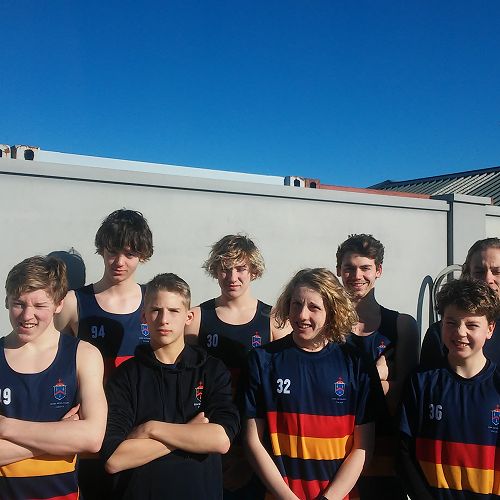