We expected to encounter some very tough competition and were not disappointed! The level of tennis was certainly a step up on what we had experienced in qualifying.

Play started with the singles matches – eight matches played at two venues, JMC and Logan Park, so we could get these completed before the forecasted rain came.

In the longest of all the singles games, our number three Jez Nicholson-Kelly had a tough tussle with his STAC opponent. After a tight first set Jez came through 6-4; with the support of the crowd, he then went on to take the second set, finishing strongly to win 6-4, 6-2. Our top seed Lachlan Kenneally then took to the court. The first set was tight, featuring six deuce games. Displaying determination and consistency on the big points, Lachlan took this set and then went on to win 6-1 6-3.

Jak and Jez lost their doubles match in a super tiebreak, while our top pair, Lachlan and Tom, started well and proved too strong.

Overall John McGlashan won this part of the tennis exchange 8-4, though it should be acknowledged that St Andrew’s sent only one of their top eight players. Despite this it was a fantastic result for a very young JMC team with nobody in our team being over the age of 16.

The next day featured the mixed doubles, with girls from Columba teaming up with the McGlashan boys. We soon discovered that STAC had sent down a strong contingent of girls and they were going to be hard to beat. We lost this portion of the exchange 2-6 with Tom Warman and Henry Power both having good wins.

The tennis team is very thankful for the guidance and support received by everyone who helped us along the way. Carlos Reid has been running a training squad for the tennis boys on Tuesdays and this has been a great help for those involved. A big thanks to Mr Campbell who helped ensure the smooth running of the matches and also mentored the team on the days of the exchange. And also a big thank you to Mr Carruthers and Mr Murdoch who helped to organize the teams and the exchange itself. 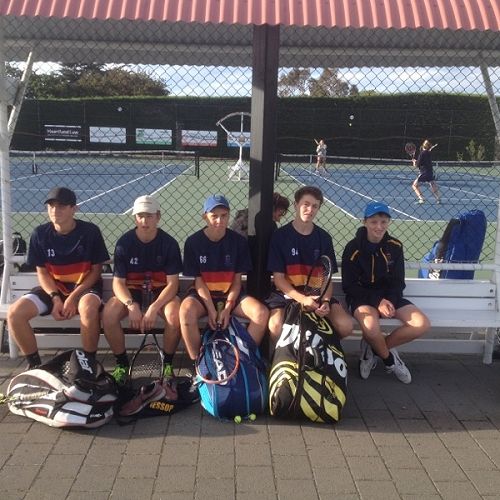 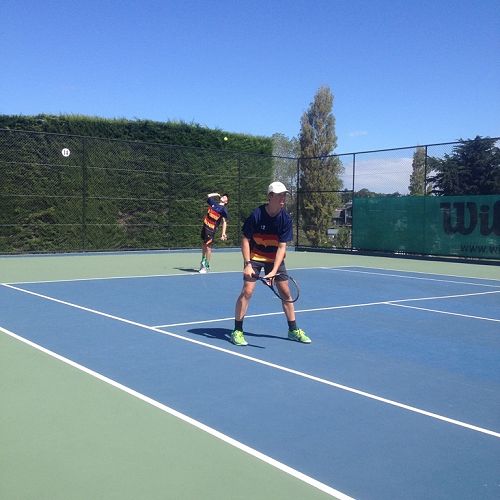