After winning the first round with a convincing performance, the boys were lined up to play Otago Boys' High School. The Otago Boys' team were a very strong side with players that had a wealth of experience playing top level tennis. On the day the Otago Boys' team got the better of the boys with a solid win. Everyone showed plenty of character and determination and stepped up to the occasion, and this was reflected especially with a great doubles win in the final match of the day. Tom Shallard and Lachlan Kenneally had a 6-3 2-6 (10-7) win over the Otago Boys' top doubles pairing.

Although the result wasn't what we wanted on the day, it was great for the younger boys in the team to get a taste of secondary school tennis so that next year we can come back with a stronger side and take home the Otago title. The tennis season will continue for the McGlashan side with an eight-man squad travelling up to St Andrews College in mid-March for the summer inter-school. 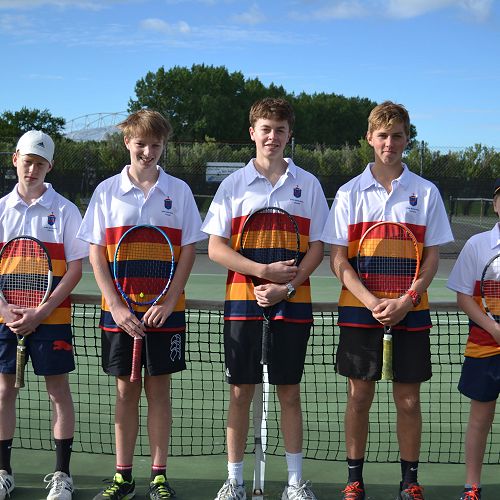