Our boys continue to excel in the sporting arena.

Ben Carr competed in the NZSS Swimming Championships that were held in Wellington on the 9th - 11th September. Ben achieved the following results:

Padraig MacKenzie has been a member of the New Zealand Ice Hockey U17 Development Squad for the past twelve months.

He has attended three weeklong development camps and participated in a national U17 league run throughout the country during this current season. For his dedication and skills he was selected for the U17 South Island Ice Hockey team that competed against the North Island on 3rd September 2016. This selection represents the highest honour for his achievements.

Martin Page won the boys U15 title at the Southland Open Table Tennis Tournament in Invercargill on the 3rd of September. Martin also came second in both the U15 doubles and mixed doubles.

Congratulations to Robert Sangster, Harry Smith, George Johnston and Mitchell Parks who came away with the bronze medal at the SISS Curling Championships.

Will Edwards and Dom Morrison have been invited to the BBNZ U15 National Talent Development Camp. The focus of the Camp is to introduce participants to the preparation, performance and evaluation required at a national level. The programme is for national level athletes and those who demonstrate the potential to reach that level. 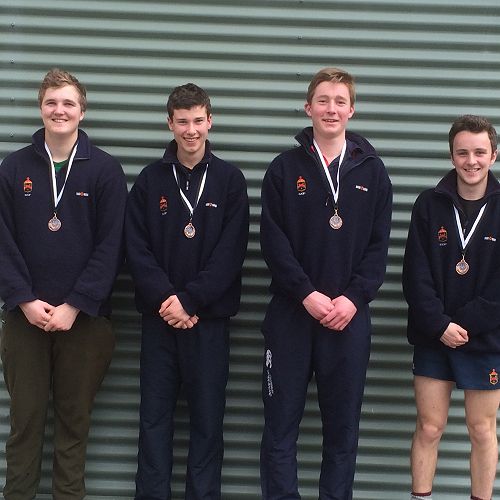