S.A.D.D. (Students Against Driving Drunk) is a student run program that works to discourage drunk driving. We have two new reps and new ideas for SADD's presence within John McGlashan College.

SADD (Students against Dangerous Driving) is a student run organisation that seeks to encourage young people to drive safely and responsibly, through the use of student representatives in different high schools charged with encouraging safe driving within their school.

Mcglashan has been involved with SADD for some time now, and this year we have two new SADD reps, Joe Garry and myself (Josh Mackay).

So far this year we’ve been to a South Island conference to get ideas for what to run at Mcglashan, and a meeting between schools to discuss goals for this term.

At McGlashan we’d like to help increase the SADD presence by setting up a committee charged with furthering SADD’s goals within the school, as well as organising assemblies and other events to provide students with information and ideas. While it’s early days yet, we hope to see a much larger SADD presence at McGlashan by the end of the year. 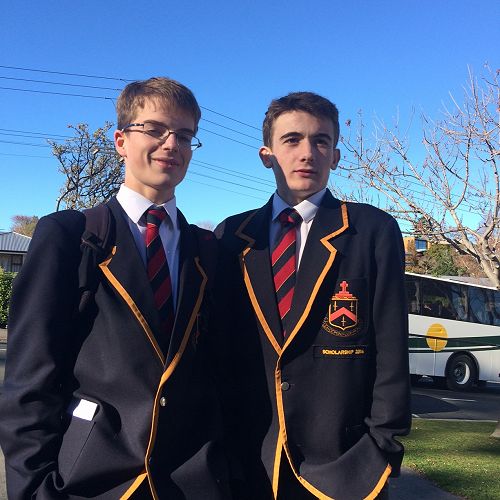