Nine sporting and cultural events were scheduled for 21st & 22nd of June. The weather forecast wasn’t good and proved to be correct. STAC arrived at 5pm on Sunday evening. Host families collected their billets and had time for a quick bite to eat before attending either the hockey or the basketball.

Basketball was the smarter option in terms of comfortable viewing. You had to be a hardy sole to brave the hail storms that swept across the hockey turf. The highly rated STAC side shot out to a 3 nil lead before JMC pulled one goal back and became more competitive. Final score 5 -1 STAC. Snow fell over night meaning that school opened at 10am. This meant a modified programme had to be run. Hockey’s second match started late but was completed in freezing conditions. The STAC showed their class in this match and ran away to a 12 – 1 win. Sam Lane and Lawrence Darling starred for STAC while Josh Caldwell stood out for JMC.

The STAC basketball side was also a class act and they had comfortable wins on Sunday night (57 – 101) and Monday morning (56 – 97). Both basketball and hockey supplied really good learning opportunities for the JMC boys. Semisi Maiai competed well for JMC but STAC had two boys close to NZ standard which made the difference.

STAC’s third and last win was in theatresports. In a close and intense competition STAC picked up two extra points to win 30 to 28.

In another close affair debating went the way of JMC. STAC had two females in the team but this failed to distract our boys who stayed on task to record a narrow victory.

Badminton was all tied up at 3 matches all and a count back was required. 256 to 246 in favour of JMC was the final score.

In cold and wintery conditions the football boys had no problem in getting out there and into the match. JMC 1st XV honoured their effort by stripping their tops off and performing a haka. Alas, it was too cold for the STAC rugby team who defaulted their game. Anyway back to the football. This was the most convincing win of the interchange. JMC won 4 -1 in trying conditions – this could have been a much large score, but for a splendid goal keeping effort from STAC. For JMC Harry Rodger and Bradley Holdridge played well along with Sean van Dyke in goal.

Trap shooting is traditionally a close contest. It couldn’t have been closer and after a full range of disciplines JMC edged STAC by 399 to 397. Shane Sanders for JMC was the best shooter of the day and only dropped 2 targets all day.

Ice Hockey had to go to extra time to find a winner and again it was JMC who came out on top, 7 - 6. Daisy Hopkins a lone female amongst the boys for STAC was competitive. Noah and Seamus Leahy stood out for JMC along with Guillaume Bennani.

Although the weather curtailed the programme. All sports and cultural events took place apart from rugby. It was very disappointing that this match wasn’t played. This decision was met with dismay by many parents who had travelled many miles to attend the match as well as our boys who look forward to their only interchange. Apart from that the whole interchange went off well. The friendships and hospitality of these events is always an important feature and that aspect was evident once again. Finally, a big thank-you to all those families who hosted one or more STAC participants during the exchange. Your support is greatly appreciated. 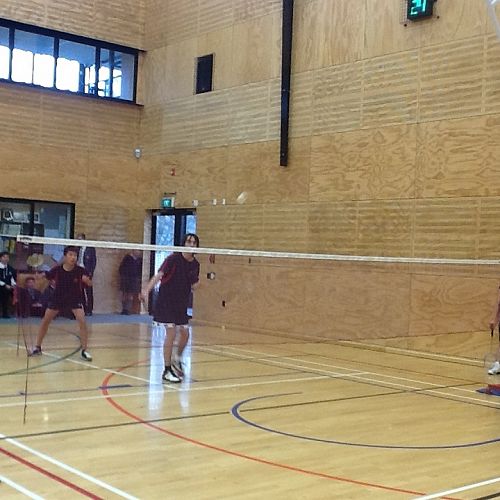 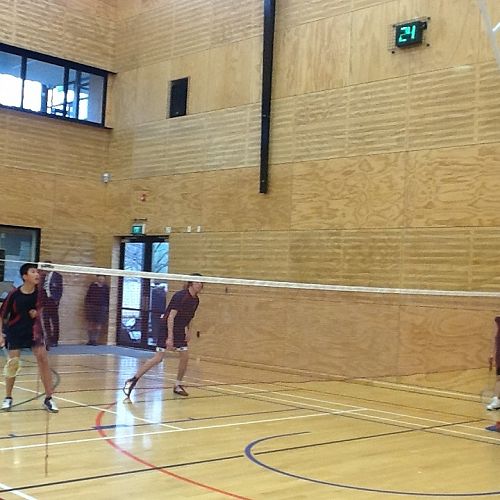 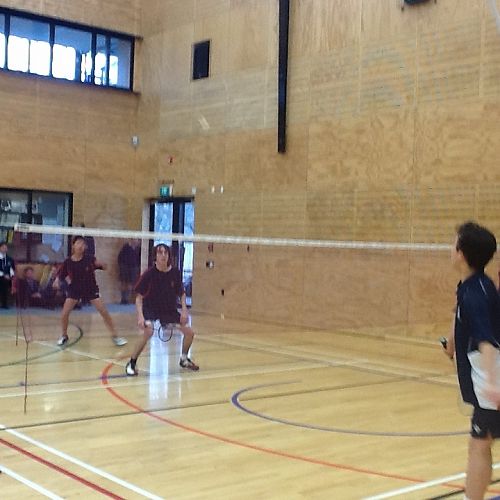 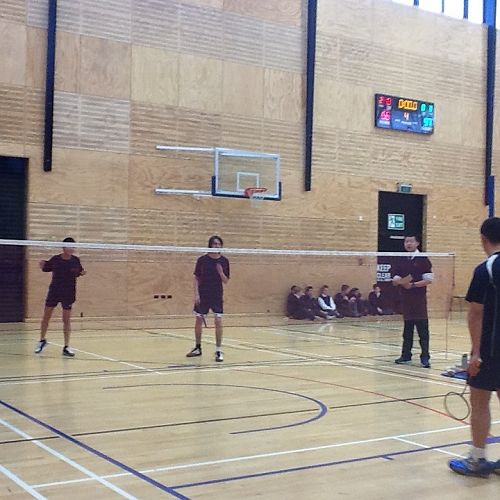 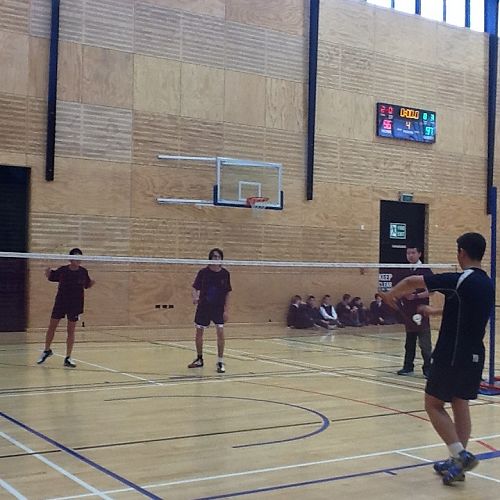 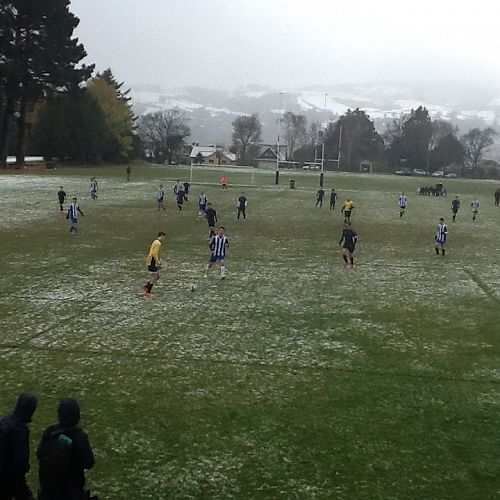 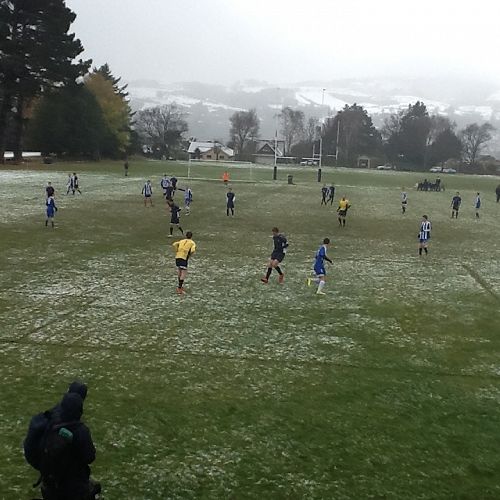 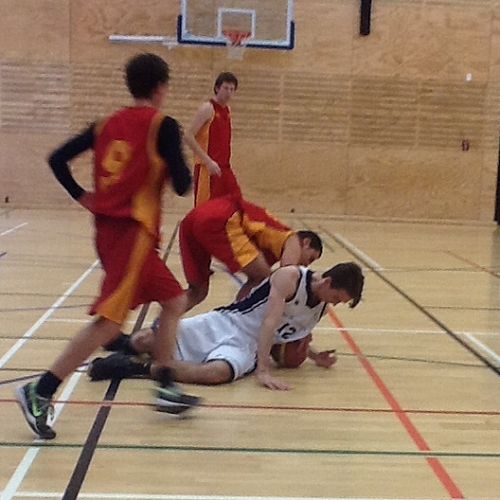 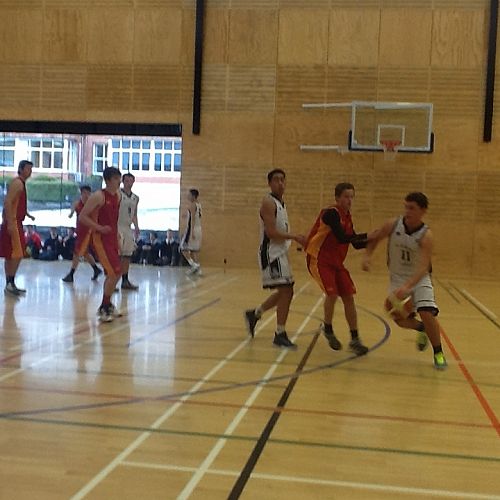 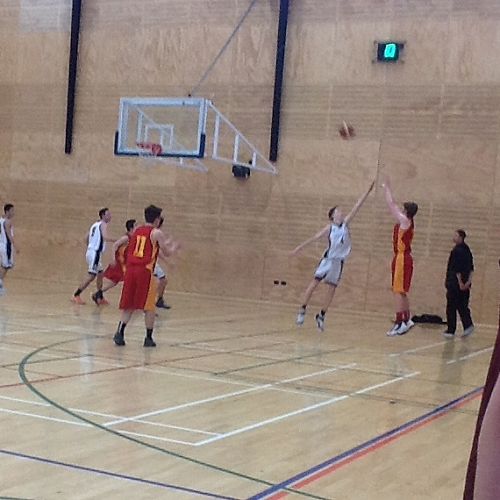 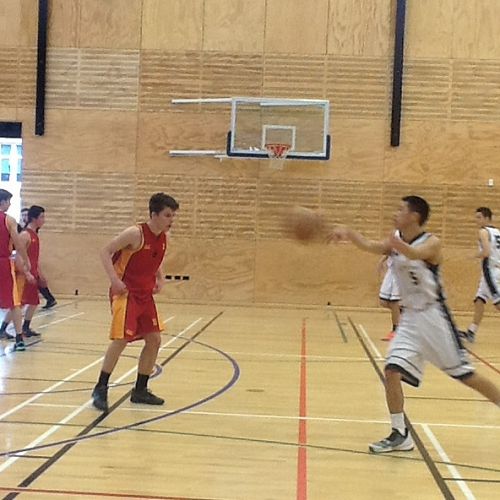 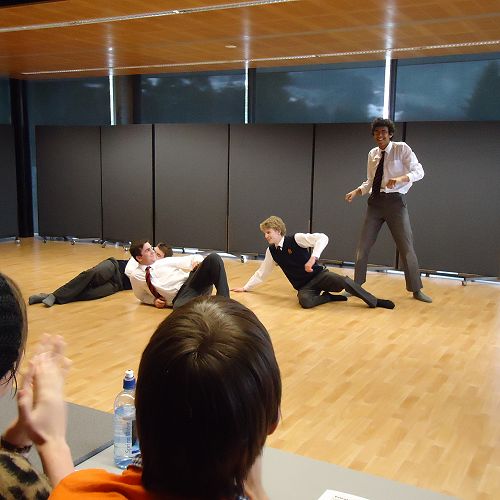 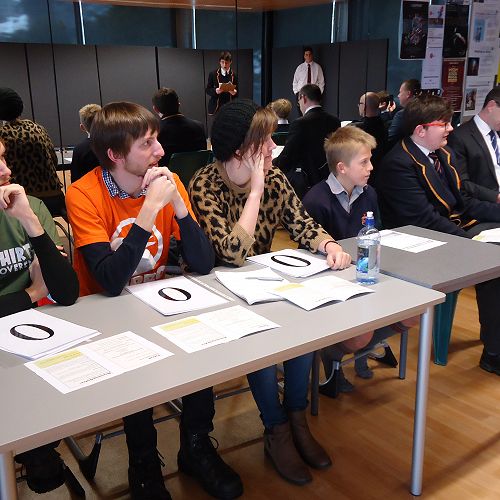 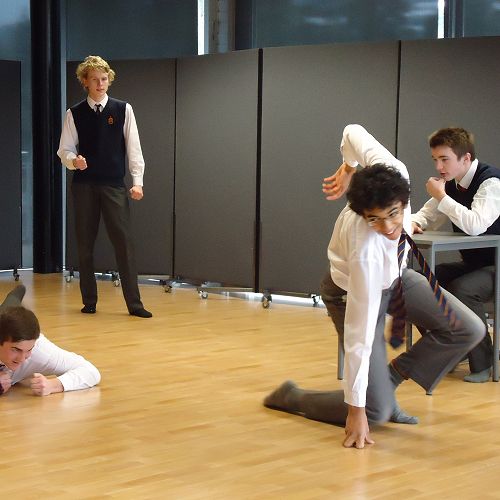 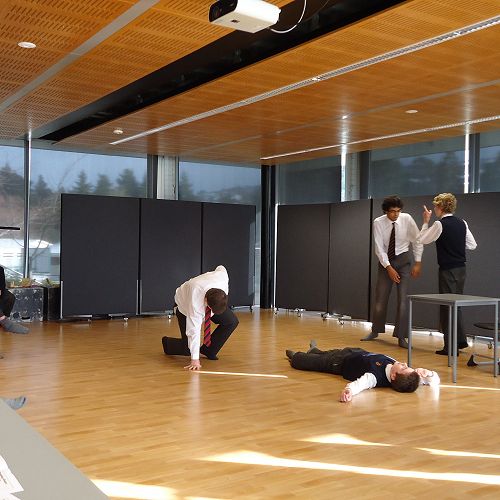 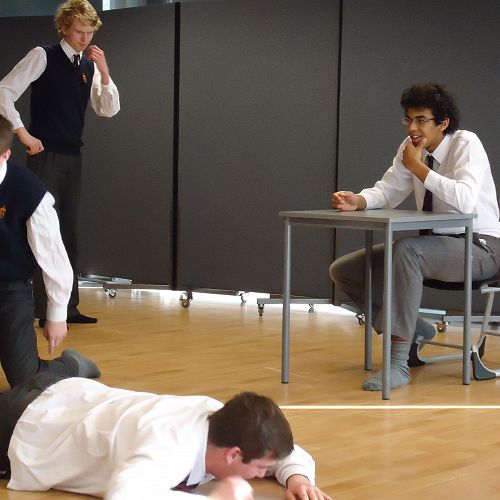 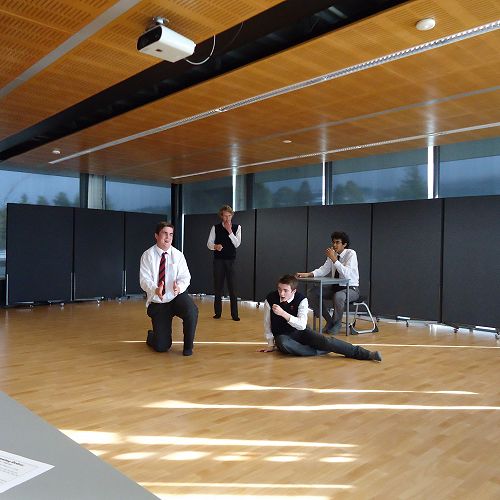 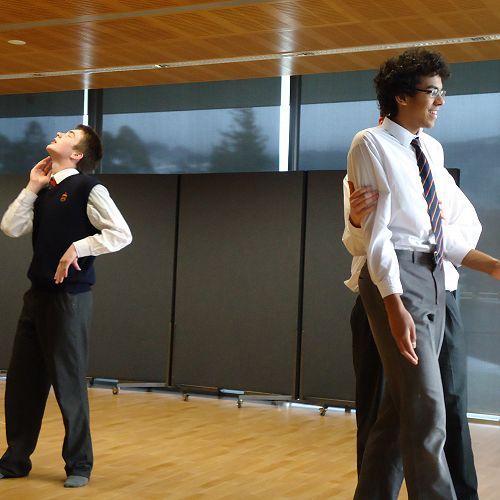 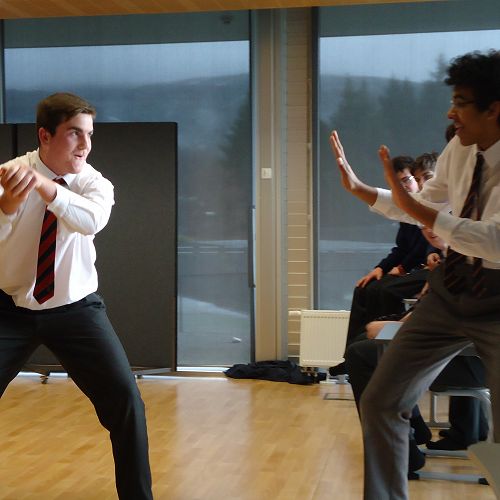 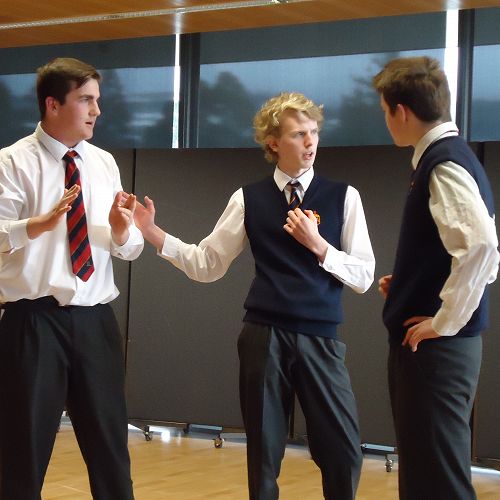 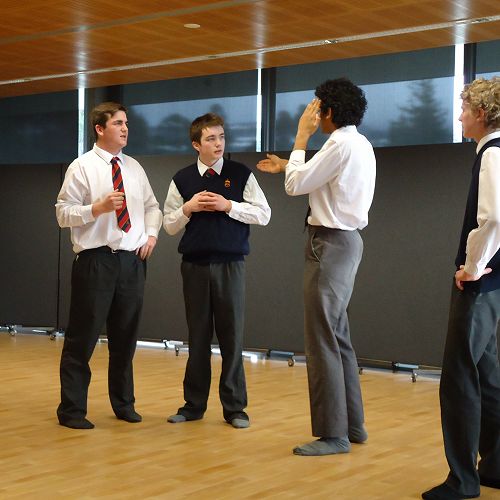 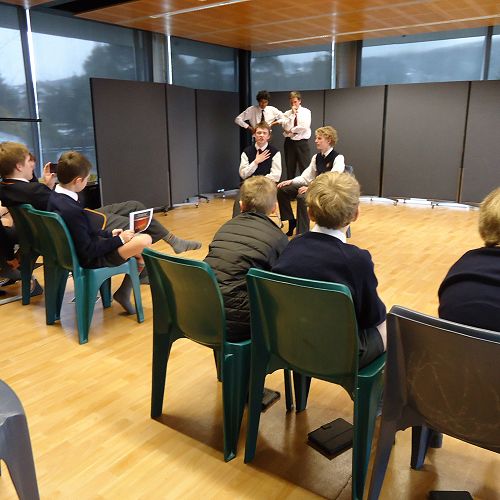 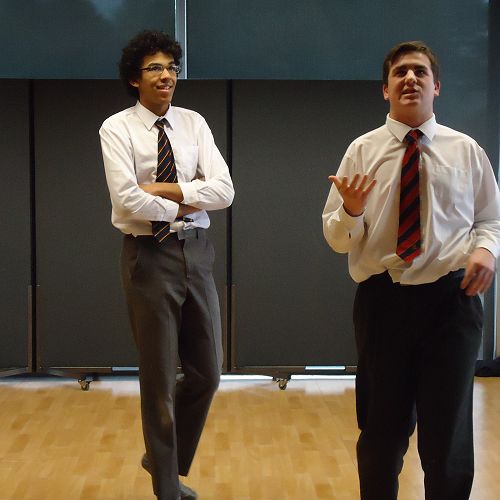 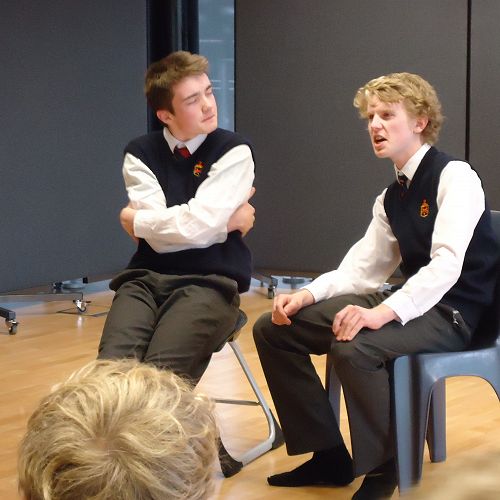 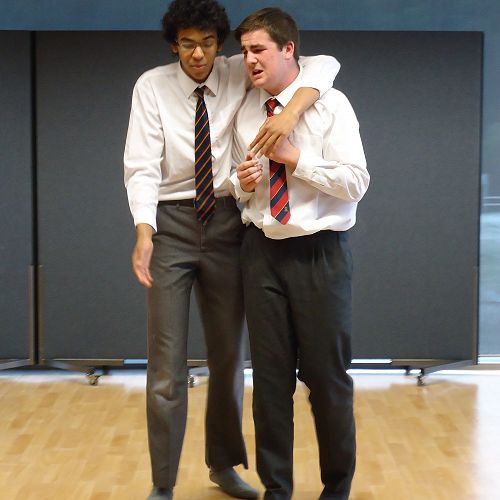