Athletics for the mind.

Junior students recently competed in two national chess tournaments, including an individual and a team tournament, held on the weekend of the 15th and 16th of October.

Noah Oseki, Jin Young Kim and Martin Brook went to the Saturday individuals. All school ages were combined so we were playing people a lot older than ourselves. The competition was run so that competitors played against those who had previously won the same (or similar) amount of games. Therefore, to do well we had to play other good players. Martin Brook got fifth overall and the top intermediate. There were one hundred and two players in total and it was very challenging. We played with chess clocks, which go down when you are thinking for your move. You had fifteen minutes each per game and in this tournament (but not in the teams) you had a five second bonus per move. There were nine games each.

In the teams tournament Caleb Oakley and Max Baldwin competed as well. We were doing very well but going into the final round we were second out of ten teams. Fortunately we managed to pull off the win by half a point (a win is 1 point, draw is ½ and loss is 0). As Martin Brook won nine out of nine, he got appointed Junior Master for all Chess power tournaments to come. 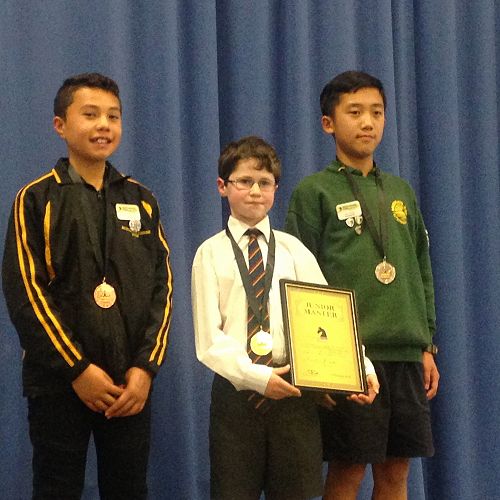 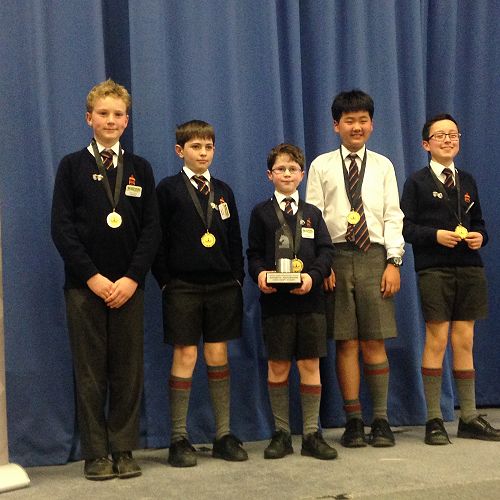