The John McGlashan College rowing squad has grown, both in strength and numbers, culminating  in the most successful season in the history of the college.

This season has seen a number of tremendous achievements for the team from the purchase of our own boats, to the growth of squad numbers to 30 athletes, to national achievements and regional representatives.

This season our squad was lead by the leadership team of Captain Woody Kirkwood, Vis Captain Lochie Bain and Coaches delegate Mitchell Parks, who together were the driving force behind a vision of success for the team. This season saw the purchase of two new Wintec Boats, a Quad and a Double, invaluable assets to ensure the continuing success of rowing into the future for the College.

Our season began with a number boys involved in a winter training programme run by the Otago Rowing association, in conjunction with winter training sessions held weekly for both old and new novice rowers by the coaching team. At the beginning of the season Bradley Leydon represented us in the Otago U20 Provincial squad that competed to win Gold in the quad, under the guidance of our coach Jamie McKenzie. Notable achievement was winning the boys team event at this years Otago Secondary Schools indoor Champs, which was attended by 27 athletes from the squad.

At early local regattas prior to Christmas the squad begin to make its mark on the regions competition, finishing in top placing across all age group events from U15 through to the U18 boys. The Otago Championship Regatta held in December was the first major regatta held on Lake Ruataniwha in Twizel, where athletes completed for the first time of the season against 1110 athletes from across the South Island. A three-day senior training camp was held prior to this focusing on technical development and crew selections.

Highlighted results were: 1st U17 Double and 2nd U15 Double, as well as a number of top 8 placing’s. With a rigorous summer training programme in place the whole squad then meet again on the 10th of January for a week long training camp, that involved 16-18 intense and focused training sessions, seat racing and final crew selections. Subsequent to this was the Canterbury Club Championship regatta held in the weekend were crews achieved: 2nd U22 Coxed Four, 2nd U16 Coxed Quad, 3rd U18 Coxed Eight, and 3rd in the U17 Double.

The end of the January summer holiday period saw the team regroup for the penultimate event of the South Island Rowing Calendar, the South Island Club Championships event. Held in the final weekend of January, the boys achieved a credible five medal finishes: 1st U15 Double, 2nd U16 Quad, 2nd U15 Quad, 3rd U17 Single, 3rd U15 Eight, again followed by a mammoth effort from the squad as a whole. The boys then returned to school and were now into the heat of the secondary school season of training, both six mornings and some afternoons a week. A series of afternoon and weekend trips to the Henley River occurred during this time, making the most of on water training opportunities. The squad demonstrated that they had grown and continued to develop both their fitness levels and rowing abilities when they were triumphant in again winning the George Thorn Trophy, for the highest scoring boys school at the Otago Secondary Schools head of Harbour regatta.

The South Island Secondary Schools regatta was a highlight for the squad, claiming a momentous eight medal place finishes across all age groups: 1st U15 Double, 2nd U18 Double, 2nd U17 Single, 2nd U17 Double, 2nd U17 Quad, 2nd U16 Quad, 2nd U15 Quad, 3rd U16 Double. After two weeks of rigorous training, the team then travelled to Lake Hood in Ashburton, to test crew dynamics and skills in the build-up to Nationals in April. Here the team again set their mark on the competition once again, placing in a range of events, and enjoying the experience of a new venue and heated competition. An Easter training camp was then held on Lake Dunstan in Cromwell, where once again the boys committed hours upon hours into their final preparations and training.

The pinnacle of the season, the Aon Maadi Cup, saw the squads most elite selected athletes travel to Lake Ruataniwha in Twizel from the 1st till the 10th of April, to complete in a range of specialist events. 17 boys attended in crews that were the U15 Doubles and Quad, U16 Double and Quad, U17 Single, Doubles and Quad, a Lightweight Double and the U18 Singles and Double. The boys raced in a variety of races throughout the week from the heats stages too repercharges, quarter finals, semi finals and the highlight of the week the regattas A and B finals at the conclusion of the regatta. 2200 athletes from 125 different schools across the country converged on the small town of Twizel to deliver some of the toughest and most competitive racing the boys will experience in their sporting careers. With an extremely challenging and competitive week the entire squad represented themselves exceptionally and eight crews earned themselves places in A or B finals, and two crews prevailed finishing with podium placing’s. Congratulations to Bradley Leydon in the U17 single, who won a bronze medal, and Alex Timmings and Bradley Leydon who also earned a Bronze medal in the U17 Double. The efforts of all members of the Maadi squad are extremely commendable, reflecting the training, dedication and extreme mental toughness required to complete at the highest level.

After such a hugely successful season, Bradley Leydon went on to represent the Squad in completing in the South Island U18 team, in which he won his singles event, and the South Island team triumphed against the North.

The successes of such a great season can not go without noting the huge number of people who support the squad in there efforts of training and competition. The Coaching Team, Jamie McKenzie, Ellen Kirkwood and Dave Hanan, your tireless efforts in mentoring and supporting the squad are very much appreciated and valued by the McGlashan Rowing Community. To our team manager, Tony Gomez, thank you for the time, effort and enthusiasm you have in undertaking the manager’s role. Your relationship with the boys and coaches has been invaluable to supporting the successes this season. Moreover the parental support and support from the wider McGLashan Community is always motivating and appreciated by the team. On a final note we wish to express a huge thank you to the departing families from the JMC Rowing community this year. Both the Kirkwood and Chittock families are moving on from JMC Rowing and we wish to acknowledge everything they have contributed to over this time. We look forward to another successful season to come in 2016-2017. 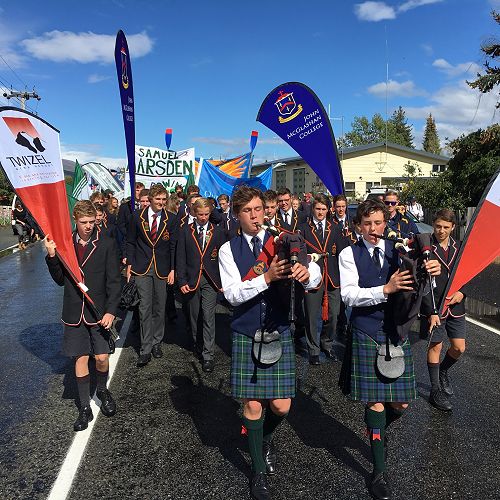 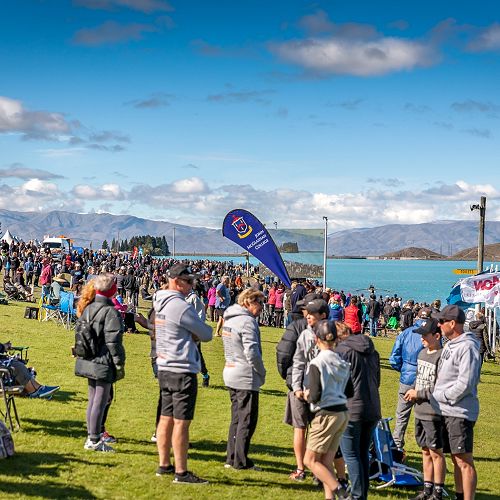