The library was buzzing last week as the college enjoyed plenty of library craziness in its annual celebration of reading.

The boys soon caught on to the fact that they needed to get a book out of the library if they wanted a chance to win chocolate and so it was down to our Student Librarians to deal with the influx of keen readers.

McGlashan boys have already done a lot of reading this year with Sustained Silent Reading and Go McGlashan Read, but it has been wonderful to maintain the momentum with an event in the library every day for a week. Two hundred lucky books were tagged, so the boys had plenty of opportunities to win prizes both big and small and have some fun into the bargain...as well as doing some extra reading.

Early in the week, we brought the Chocolate Wheel out of mothballs for a quick spin. This was soon followed by the QuickFireQuiz, which attracted teams of all ages and was won by the literary knowledge of 7AHO. The Student Librarians hosted a morning tea and Blind Date with a Book for the staff which was a big hit and at lunchtime, there were Hot Chips and a Music Jam featuring the talented trio of Noah Linscott, Dr. Craig Preston, and Mr. Bruce James.  There was much hilarity during Cinderella – The Pantomime with some very successful casting which included Zack Stalker as Cinderella, who was having a bad hair day, James Burchell and his uncontrollable horse as Prince Charming,  Jack Lundy as the quixotic Fairy Godmother and two very well qualified Ugly Sisters in Mr Andrew Morrison and Mr David Schaumann.

By Friday, Mrs. Garry and Mrs. Sizemore were over chocolate but The Chocolate Game went down a treat with those who participated, and it was played in high spirits, and good sportsmanship with chocolate for everyone and only a fur coat and a pile of feathers left when the bell rung. Choccywoccydoodah was over for another year. Thanks to everyone who joined in. 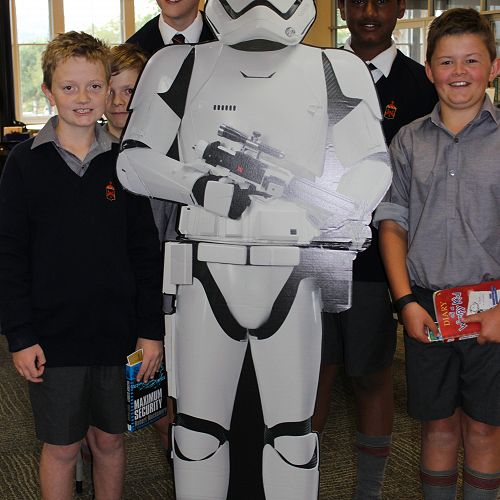 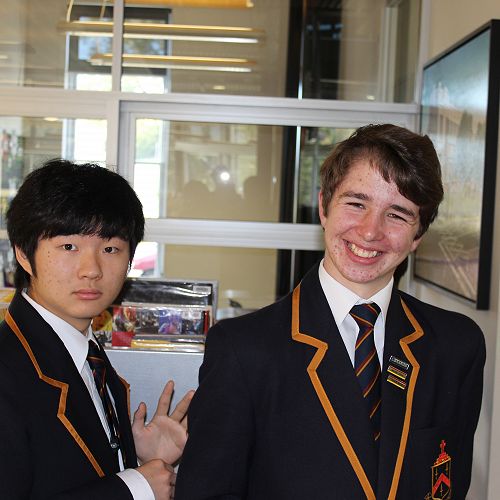 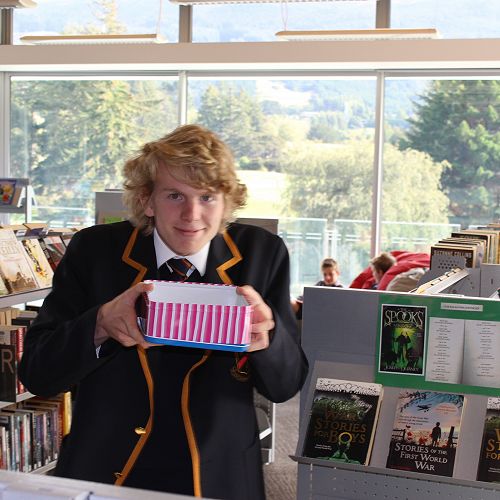 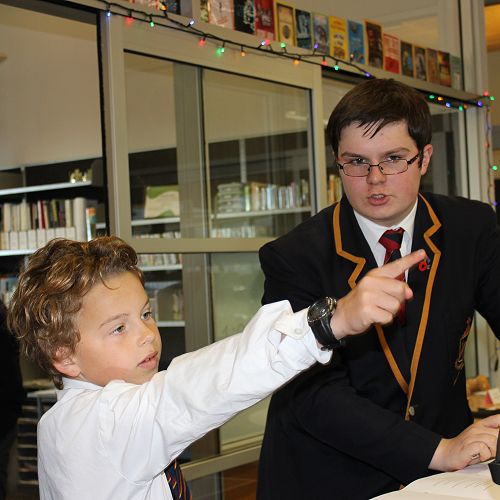 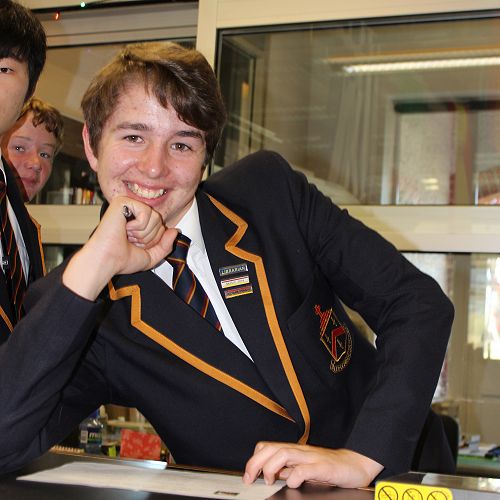 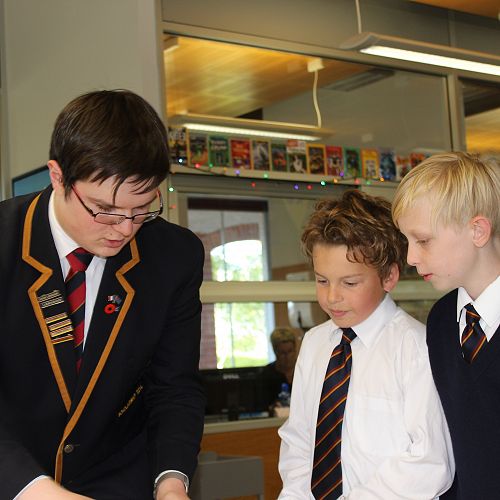 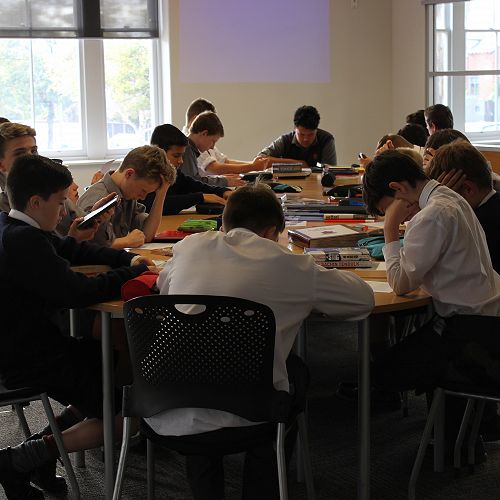 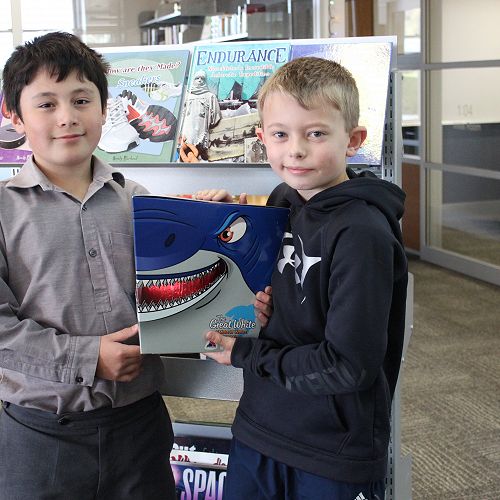 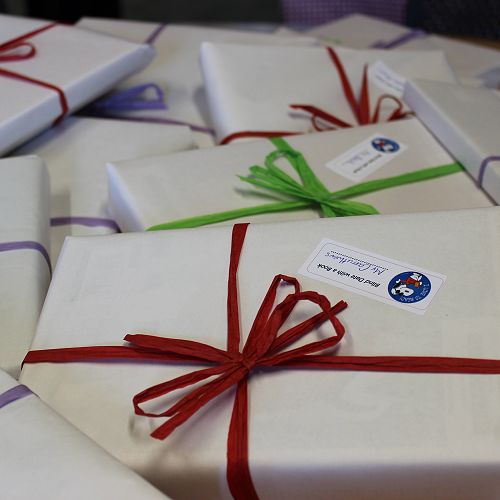 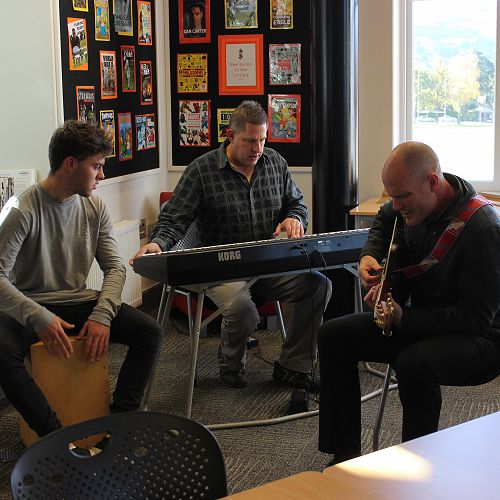 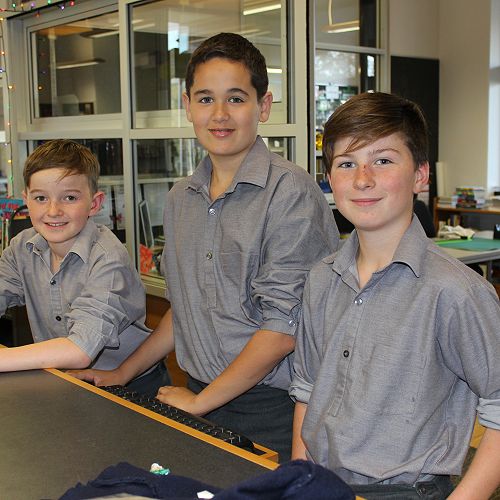 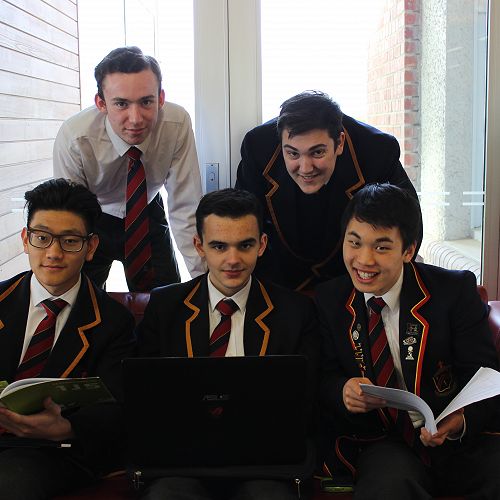 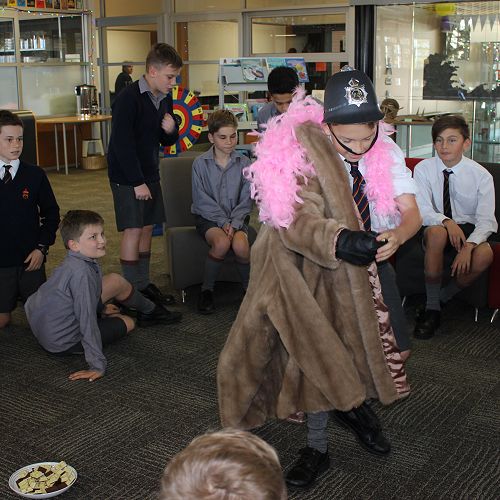 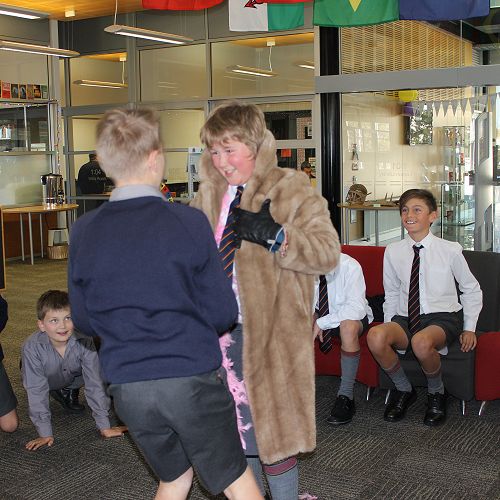 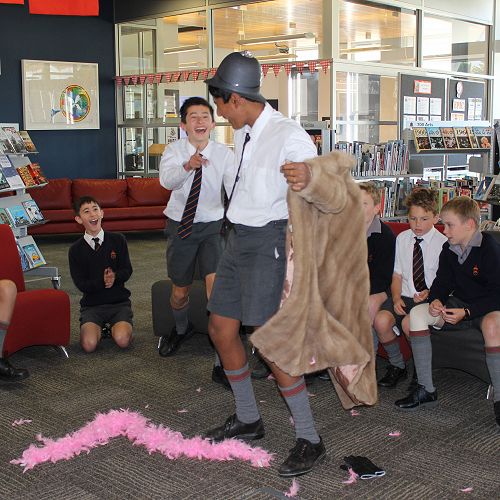 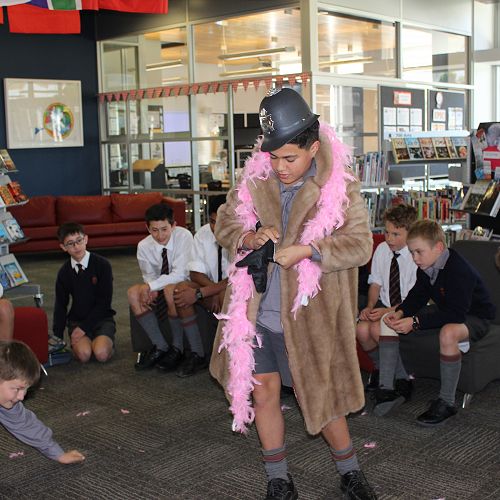 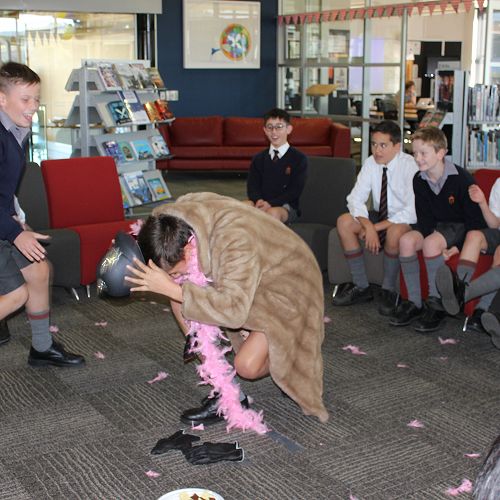 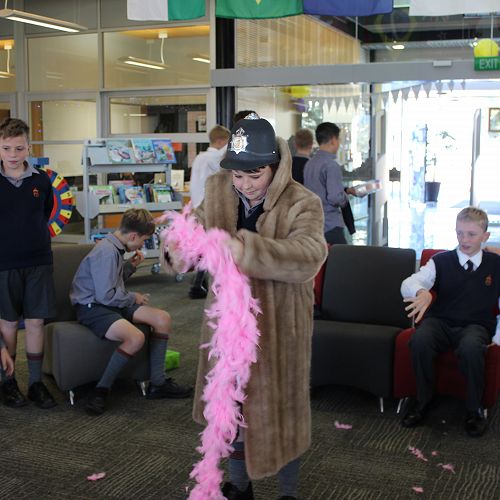 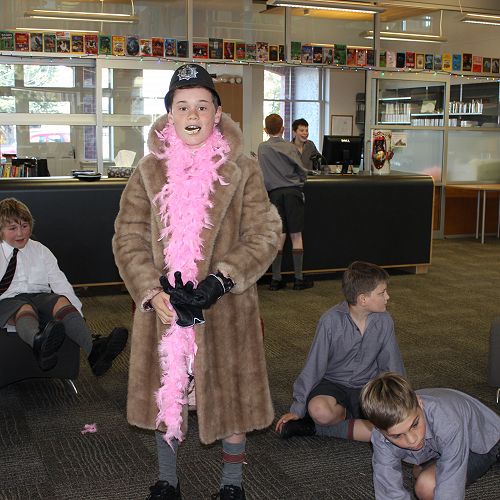 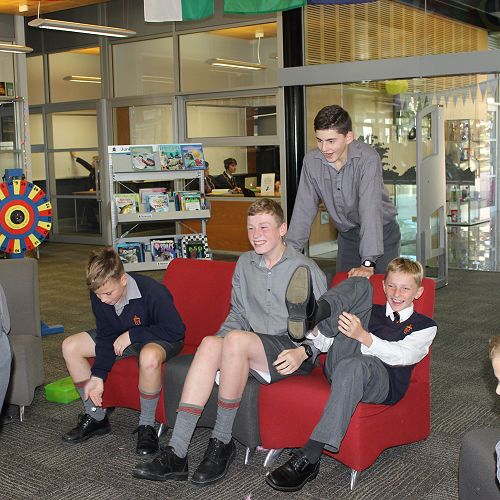 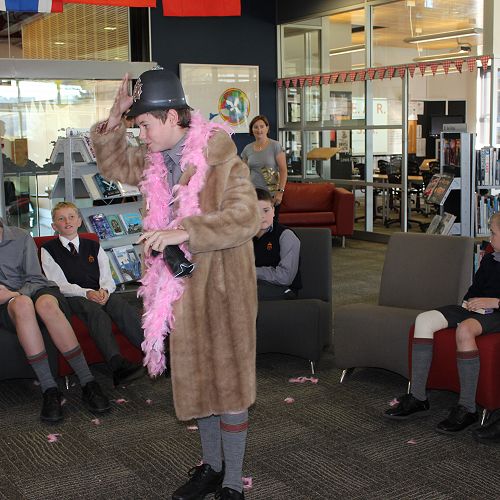 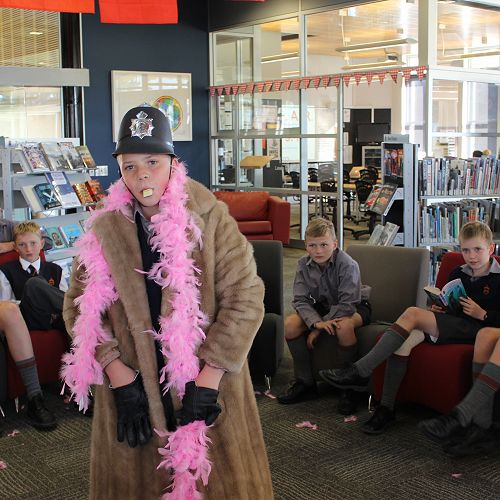 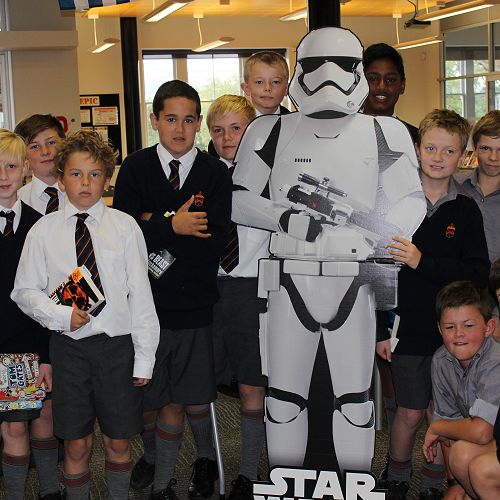 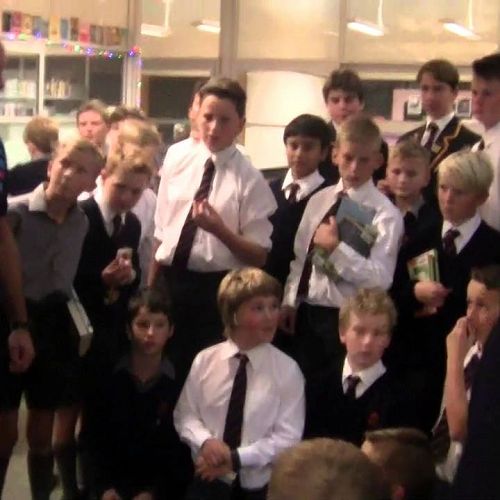 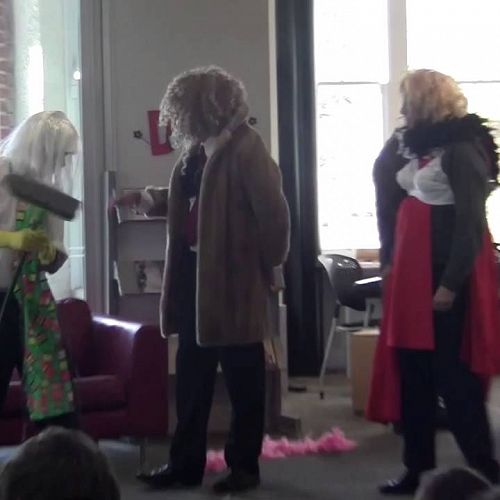