There was high expectations going into the regatta following on from the success of John McGlashan College at the  South Island Open Bic Cup Championships that had been held in Dunedin in late February. At this Bic Cup event the two top spots were occupied by Henry South (First) and Oli Pagé (Second) while Jake South managed a 5th.

The Nationals were an interesting regatta as Nelson provided some conditions that the boys from Dunedin were not used to. The boys had some very good results. Henry achieved  one race win and Oli picked up some solid high placings. Jake also had a very consistent regatta.

Henry ended up on the Podium in third while Oli grabbed a very well earned sixth and Jake managed a solid 15th place overall. It was a good bonus as well as one of the sports legends Sir Russell Coutts was at the regatta to give some great coaching to the young NZ sailors and watch his son race. Russell spent the whole weekend giving intense one-on-one lessons with everyone in the fleet. He showed what a great role model he is for the sport. Overall it the event was a great success with all three JMC boys happy with their results and invaluable experience they gained from the Regatta and Russell Coutts. 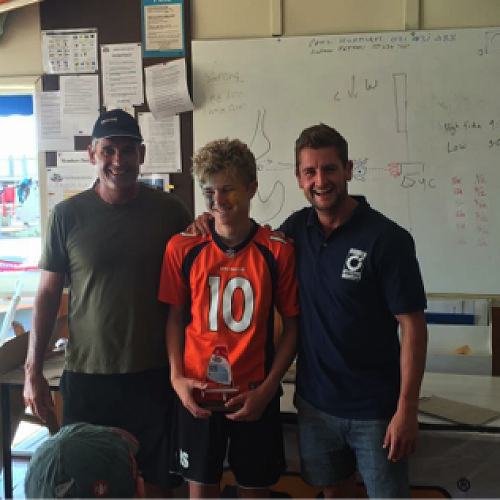 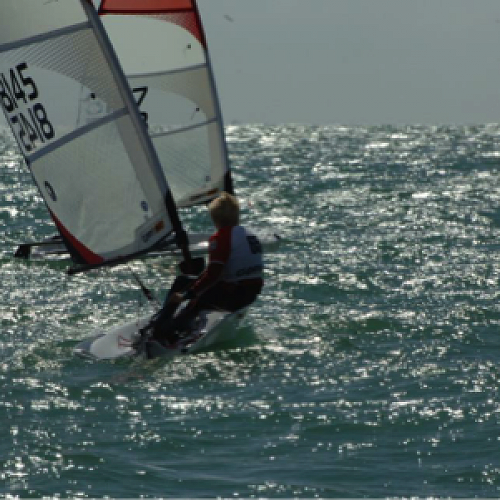