In 1958 who was the captain of the First XV, a Prefect, a House Prefect, earned a Blue in Rugby, and was the Drum Major in the Pipe Band?

In October I had a call from Bryan Lloyd (#1110, 1950-1962) looking for one of McGlashan’s top rugby players GEORGE LAWRENCE. Where is George Lawrence?

So began an enjoyable adventure back in time, ending with what felt like a David Lomas moment in an episode of Lost and Found.

Bryan was trying to track George down as he was organising a Pirates Rugby Club reunion - where George had played. First port of call The History and Register. George R. Lawrence (#1362, 1955-1958).

Off to the library – https://issuu.com/johnmcglashancollege/docs/1958_jmc_magazine - well the on-line library – where I found the story of George Lawrence.

George had been at McGlashan from 1955-58. He was a Prefect, a House Prefect, Captain of the First XV, recipient of a rugby Blue, and also a drummer in the Pipe Band. Amazing! The write-up for the first XV is classic: ‘The forwards, splendidly led by Lawrence, kept together and outrucked all packs met during the season. At the beginning of the year we felt confident enough to arrange an unofficial game with Otago Boys High School. Our confidence was justified by the score, a 3-0 loss. That confidence, however, received a rude shock when we lost two of the first three cub matches.’

The entry in the 1958 School Magazine is outstanding. Under the 1st XV CRITICISMS (??):

LAWRENCE (Captain, lock). A very capable leader who kept his pack together splendidly. Tall and strong, he had a physique as near to perfect as one would find in a schoolboy. His line-out work was of a very high order. How far he goes in the game will depend on whether he can put on another stone.

Also interesting to note in the next paragraph: DAVIES (John) (Vice-Captain, first five eighth. The best back McGlashan has produced since the war and it is gratifying to think that he is a McGlashan product. That man deserves a knighthood!

What also stood out in the magazine was that John Davies (#1184, 1951-1958) was always in the same photos. So I called John to see if he knew where George was.  John said "I  crossed paths with George playing rugby at Matakanui, then George joined the Police and was killed in action 30 years ago." End of story I thought, but I was curious and thought it might have been the Bassett Road massacre in Auckland. But George was not mentioned in media reports. At that point I talked to my sister Sue, a talented genealogist, and she started a search. Long story short, she found the death notice for George’s mother and noted that his sister lived in Dunedin and that George and moved to Australia. So I called his sister Shirley Reid. She and George had been sent to board in Dunedin (Shirley at Columba) as their parents ran a pub in Arrowtown. George had joined the Police, but had moved on to Crothalls where he looked after the cleaning contracts on cruise ships for many years. So where’s George? George is living in Queensland Australia. I like a story with a happy ending.

P.S. the answer to the Vol 1 'Where is?'  the 1995 photo was captioned 'the two new boys.'  Year 1 for Hamish Guthrie (now teaching in Palmerston North) and Mike Corkery (now  in Wanaka or the Mediterranean). 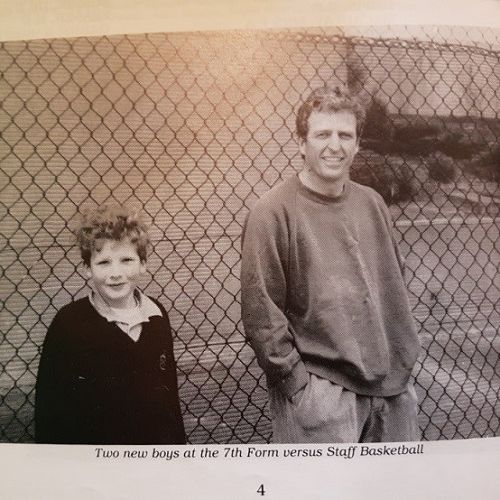 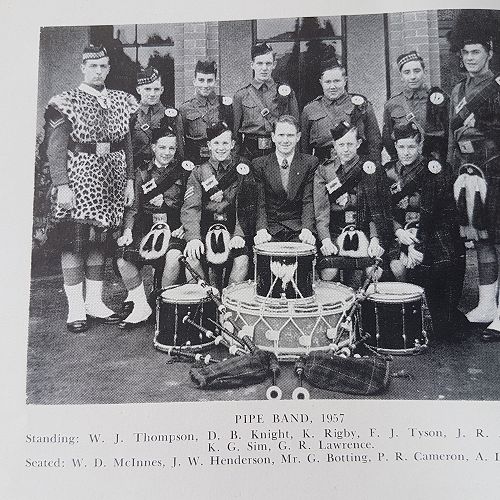 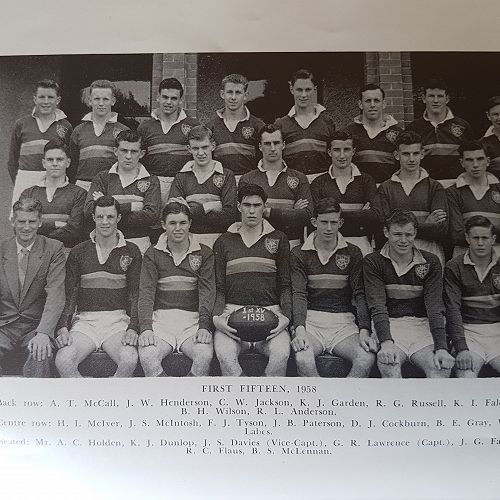 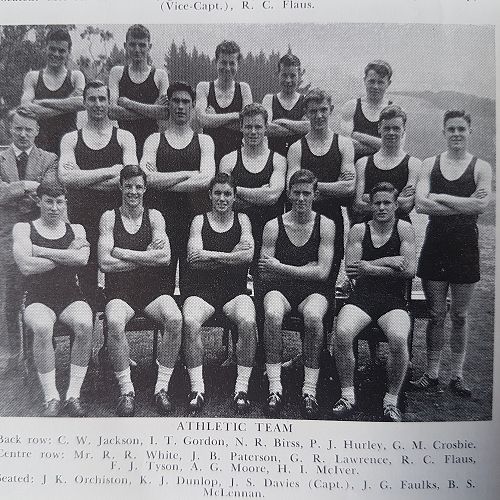 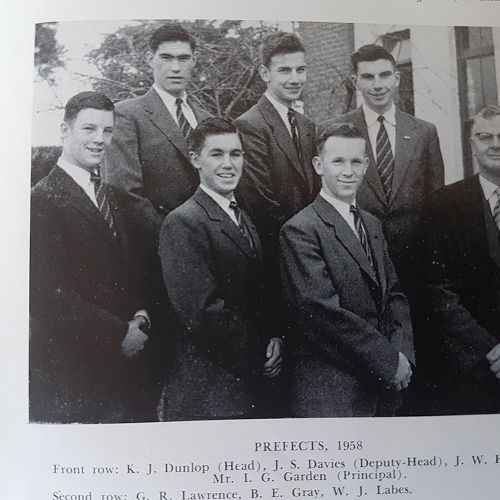