The Waihi Summer Sports Exchange is a highlight for many Year Seven and Eight boys.

The weather held and both schools enjoyed intense rivalry while displaying great sportsmanship at all times.

The competition kicked off with two touch matches played on the afternoon of Sunday 11th February. These matches were interesting with some unusual rule changes. Our boys adjusted well to having an extra man on the field and other abbreviations of the rules. Nevertheless, McGlashan won the first match 7 – 4.  Waihi does not play a lot of touch rugby, so we appreciated their willingness to try a new sport and accommodate our love for touch. The next match was much closer with Waihi showing their nature athleticism and quickly went out to two nil lead. McGlashan had to work hard to draw level and eventually close out the game four, two. Nick Casey stood out, being very light on his feet.

Upon arriving in the morning, the boys were dismayed at the sight of a grey sky and light drizzle hanging overhead. But the groundskeepers and staff were feeling optimistic and began taking off the covers about an hour before the scheduled start time. Thankfully, the weather soon cleared and allowed for a slightly delayed beginning, reducing the game to 35 overs per side. McGlashan won the toss and chose to bat first on a promising, green but hard wicket. Our opening partnership consisting of Seb Kyle and Mason Gain, set us up with a solid stand both making scores in the teens. After a couple of quick wickets, Solomon Harcombe and Nick Friedlander set about resurrecting the innings and managed to stick around until lunch. At this point, we were going along nicely at 90/3 and eyeing up a big total. After adding a few more runs, Nick was dismissed for 25 trying to up the scoring rate, ending a great partnership of 72. This bought the tail in with about eight overs to go. All of them showed some fight adding some valuable runs and carrying the team through. Harcombe ended up on a well compiled 47 not out. The innings ended up on 143/8, a fairly disappointing score given the situation we were in but still a great effort from everyone. After a short break, we walked out to field and opening the bowling with the big man, Sheon Luxmanan and Mason Gain. Sheon was fiery and bowling with pace while Mason had a bit of an off day at the other end. At the end of his spell Sheon had incredible figures of 3/16 off five overs. Our first change bowlers were little left armer, Mitchell 'thorny' Thorn and Solomon Harcombe, they both kept the pressure on the Waihi batting lineup bowling tidily and picking up a couple of wickets. Off-spinner Jack Cotton bowled well with a couple of missed chances while Waihi was reduced to 50/7. A huge credit has to go out to all the Year 7 boys who handled the pressure well and provided excellent figures across the board. John Mengal picked up a crucial wicket while Caleb Forde (0/7), Harrison Meltzer (0/4) and Billy Bezett (0-10) made good contributions Sheon finished them off coming through with excellent overall figures of 4/16. Waihi ended up on 96 all out, handing us a 47 run win. The team thanks Waihi for the great facilities they provided for the fixture and we are all really grateful for the experience we had.

The MvGlashan team consisted of Daniel Lund, Oscar Grey, Theo Hannagan and Liam Ruru. The top doubles pair of Daniel and Oscar had a good battle before coming out on top. Some good tennis played with a tense finish to this match. The second paring of Theo and Liam had a more comfortable win. McGlashan won all of the singles matches apart from the number one men's. Daniel came up against a very solid player, and their game went down to the wire. The Waihi boy prevailed in a third set tiebreaker.

After a welcomed and fine afternoon tea, the boys headed for home with three good wins under their belt. More importantly, everyone enjoyed the experience. We look forward to hosting Waihi in the winter exchange where we will renew friendship a do battle once again. 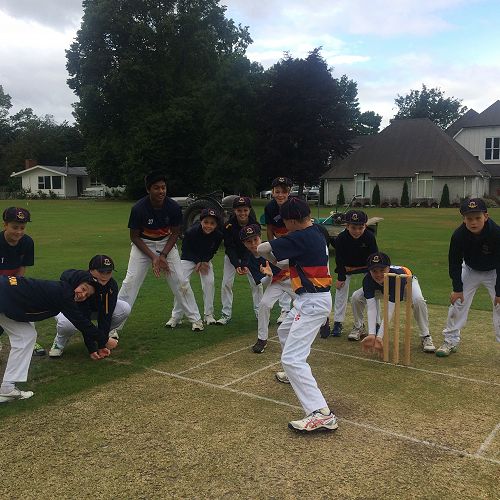