My name is Jerry Chen, and I am honoured to become the International Prefect this year.

Firstly a late welcome to both new and old members of the college, I hope you all had a fantastic holidays and are prepared to throw as much paint as you can on the canvas of 2016. I would like to take this opportunity to introduce the new international students coming from places all around the world. This year there are eleven of them, their names, year groups and home countries are listed below:

Studying at John McGlashan is a great opportunity for them to experience New Zealand culture which varies from their own, and it is also a great way of learning English. At this stage, some of them might still not be quite familiar with the English language so their abilities to express their thoughts can be limited. As someone who used to be in the same situation, I know this can potentially raise a lot of problems for them. Therefore it is appreciated if you can show your support and help some of them out if needed.

Scholars Tie Recipients congratulations to international students Jerry Chen and Elliot Kwok on gaining scholars ties for excellent academic results from last year. To become one of the recipients,  students need to have at least 50 excellence credits in NECA level 2 or an average IB score of 5.3. These good results can only be achieved through extended hours of hard work. So we encourage all the students to set themselves some goals, and do their personal best in order to reach their goals. We wish you the best of luck this year, and I am sure that there will be more and more international students receiving scholars tie in the future.

Below is a photo with all of our current international students: 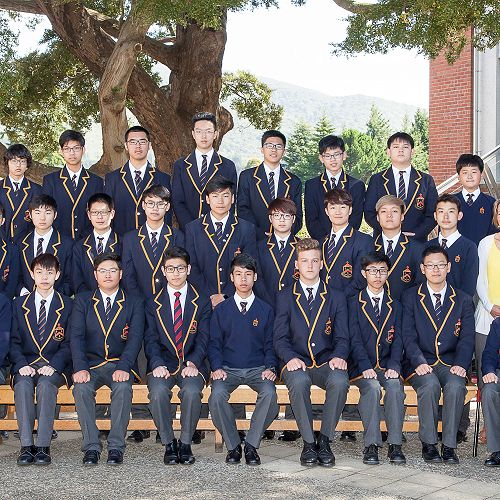