Three buses left John McGlashan College early on Wednesday 8th May heading to Invercargill for the start of a new exchange.

The boys got off the buses keen for what was for most teams their first competitive game for the season.

The Under 15 teams in basketball, football and rugby all played first at SBHS. The basketball team had a great game to end up winning 68-66, the footballers also prevailing in their game 4-0, with the rugby boys going down 10-22.

The Senior hockey team played early at the turf and dominated their opponents to win 6-1.

All the senior teams played after their junior counterparts with once again our footballers proving too strong to win 5-1.

In the gymnasium, the basketball team came up against some big opposition and eventually went down 66-83

On the main rugby field, the 1st XV went into the break with the score locked up at 10 all. The score then stayed at 13 all until late scoring from Southland took the final score to a 13-26 loss.

The overall game's score was 4 -3 to John McGlashan which showed how close a contest all matches were and we now will look forward to hosting Southland Boys' in 2020. 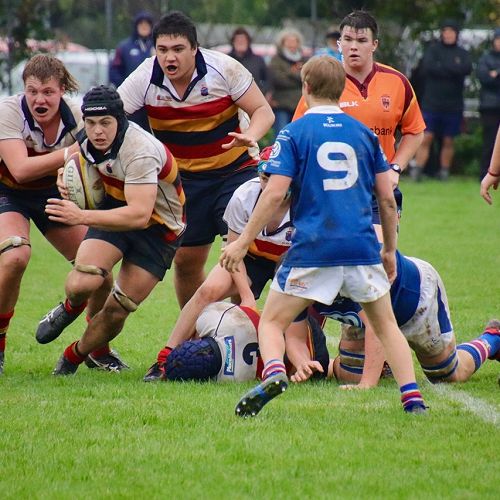