Traditionally only year 9 JMC teams attend tournament week, which means our teams play against older sides. With this in mind, tournament week is used as a development process rather than having a results focus.

Two year 9 volleyball teams attended the competition at Edgar centre. Both sides struggled against the year 10 teams but had good wins against the Kings Year 9 teams.

JMC fielded two touch sides in the competition at Kensington Oval. The 9A's were up against strong sides. Although they came up short, every games was an improvement and the team developed as the tournament progressed. The scoreline continued to come down each game until we managed a 2-2 draw against Kings 9A. The 9Bs enjoyed some good even games. Although the wind was extremely cold, the boys has a good time.

The 9A cricket team played a 40-over competition at Kensington Oval over a three day period. They  enjoyed a good win over Otago Boys 9A before going down to Otago Boys 10A. On the Wednesday the game against Kings 9A doubled as a NZCT cup semi final. There was a lot riding on this game with the winner moving into the final and an opportunity to go to Palmerston North if successful. The day was terrible for cricket; cold, wet and windy. JMC had the worst of the weather, bowling in very cold conditions. King scored 159. Wickets were shared around with Tom Johnston bowling a steady spell in the 40 overs. Conditions improved only slightly when JMC were batting. We reached the total with only 3 wickets down. Harrison Biggs looked composed in scoring 40 odd and Tom Dempster continued his good run of form with 60 odd.

The 9B cricket side played in the 20/20 competition. They played two games per day and had their share of wins. Eventually they played off for 3rd and 4th. They lost their final game and ended up 4th in the competition.

Jordan Thorn and Harrison Jolly entered in the tennis competition which was held in the Edgar Centre. Although the boys played well they lost to Kings in a tiebreak and also lost to Taieri. However, they had a good win against another Kings side.

On Monday JMC entered a team in the waterpolo junior tournament competition. The team was bolstered with some year 8 boys. The boys did well winning 2 out of 4 games. Three year 9 boys to shine were David Cannon, Max Wolf and Tim Churnside. The year 8 boys did well competing against older lads. 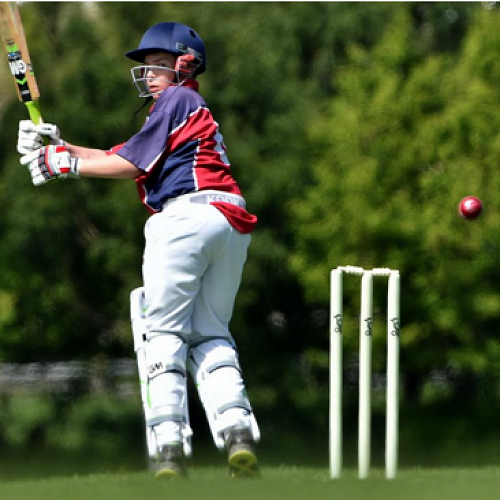