The 1st XI had a great end to the season with a win in the premier Dunedin schoolboy grade over Otago Boy's High School.

The match was hard fought and while there were chances to win outright the game ended in a 1-1 draw. Josh Caldwell scored a fantastic field goal to level the scores. This set up the second year of having to finish the final with a penalty shoot out. After the first round of penalties we were tied 5-5. Then in sudden death penalties Hamish Van Dyk made some crucial saves and Ryan Whelan put away the final penalty to win the match. A huge thanks must go to the supporters who added an amazing atmosphere and post match pitch invasion!

The 1st XI then travelled to Gore for the Johnson Cup during tournament week. The team played some good hockey throughout the week and the in the key semi-final game showed great composure to beat Kings High School 1-0 to take a well earned spot in the final. While the team ultimately lost this match against Christchurch Boys High School they achieved their goal of a top two placing and promotion back to the top Rankin Cup/India Shield tournament.

Thanks must go to our coach James Nation who has shared of his wealth of hockey experience and has brought a calm and composed approach to the McGlashan 1st XI. Fraser Darling is also to be thanked for his tireless work as manager of the team over the past three seasons. His passion for hockey and organisation behind the scenes will be missed.

Our Under 15 development team also had a good tournament away in Hamilton. With one win, two draws and two losses against some of the top tier hockey schools in New Zealand. Thanks to Karl Thom for his coaching expertise and Glen Clark for his management of the side. We look forward to seeing these younger boys progress into the 1st XI.

This years results have set up the 1st XI for progression to higher levels in New Zealand hockey. It is hoped that through maintaining participation, encouraging good skills development and the use of excellent coaching and management we can ensure that McGlashan hockey is played at at the highest standard. 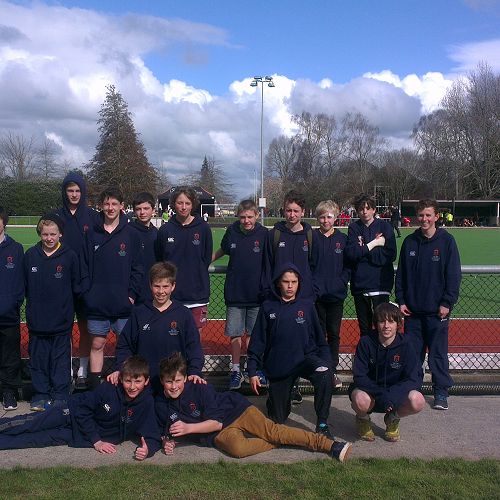