Members of the McGlashan Fencing Club performed a demonstration in assembly recently, showcasing a few of the aspects of their chosen sport.

While fencing is often thought of as a bizarre and unconventional sport, it is, in fact, a far more complex and challenging sport than meets the eye.

To an outsider, it may all seem like a flurry of pointless, random swings. To a fencer, these are precise, carefully calculated movements. Utilising a vast variety of muscle groups, a fencer can manipulate their blade and body at varying speeds and directions. The end of a fencer’s weapon is thought to be the second fastest moving object in sport, behind a marksman’s bullet. Timing and coordination are vital, as even the fastest hit can fly straight through thin air or land in an undesired area.

Fencing is unique as it relies on your mental performance equally, if not more so than your physical performance. As well as fighting the opponent in front of you physically, you are also battling them mentally. You must anticipate their every move before it happens, identify and exploit their weaknesses, and coax them into playing right into your hand.

McGlashan has one of the largest fencing presences within Dunedin schools and makes up part of the larger Dunedin fencing community as a whole. We have access to quality equipment, the outstanding venue of Claymore Swords Club, as well as exceptional professional coaching.

If you think that fencing is the sport for you, feel free to speak to Mr Cartwright or Tim Scott, and we can arrange a spot for you among our ever-growing, welcoming community. 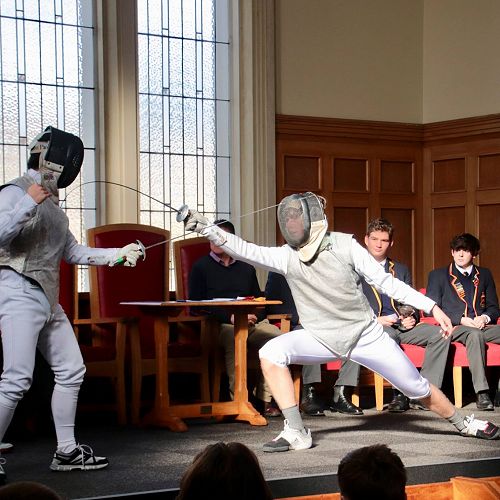 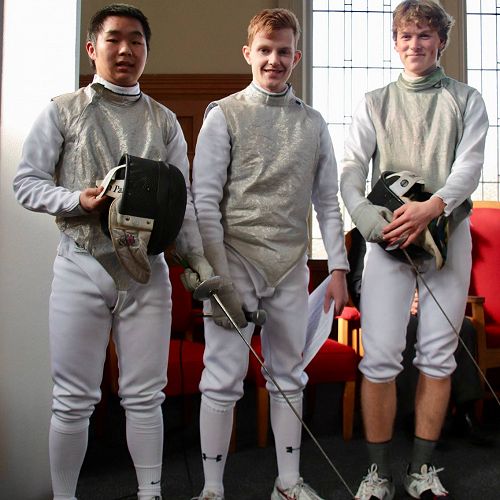 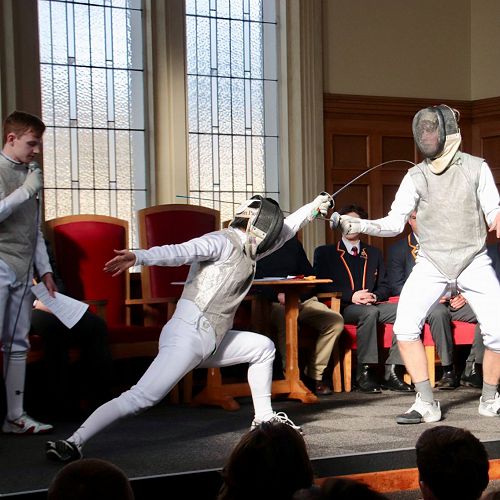