Dunedin is a UNESCO City of Literature, so our city is well known for its creativity. In our three arts departments (visual art, drama, and music), creativity is also at the forefront of what we do. Here is what we've been up to so far this year...

The development of the Art department documentary photography programme continues to grow and attract students in increasing numbers. This year thirty-one Year 12 students have opted into the course.

After term one's initiation of coming to terms with the range of compositional and technical understanding required to produce competent work, it has been great to see this learning result in some outstanding images being produced.

Danny Adams has been tasked with collating and formatting a selection of the best of these photographs for display around the school and in this publication.

While other year 12 students have continued with both painting and sculpture, the effort Billy Elwood is putting in is worth a mention as he progresses with his plan to submit for three Level 2 externals. Billy intends to apply for Massey University of Design in Wellington in 2021, he will join a long line of McGlashan old boys who have gone onto forge highly successful careers after attending Massey, often in the area of Industrial design.

On August 23 we will be running our annual art trip to the Massey and Victoria university open days(Massey for design, Victoria for architecture) this is always a very informative and successful trip and for students who are thinking of attending one of these universities it often confirms their intentions and sets in place a concrete plan.

The desire to follow an art-based career from perhaps experiences and success in the art room often starts to emerge at an early age. For this reason, the art department is conscious of the need to bring back old boys to share their experiences of tertiary studies. This year we will be fortunate to have visits from several old boys who are at different stages of their tertiary studies and careers, these presentations will be open to junior and senior students and will be advertised through the student notices.

The first term and a half have been especially busy in the Drama Department.

Year 7 - students have just completed a Mime unit, creating silent mime films inspired by the work of mime artist, Charlie Chaplin. They finished a successful unit focussing on Women's Suffrage in New Zealand earlier in term one; and will wrap up their two-term course exploring superheroes.

Year 8 with Mr Morrison - students have been focusing on the origins of drama through the practices of the Ancient Greek theatre. The boys have been performing as a Greek chorus by learning to speak in unison in groups, and are ready to re-write their version of the Medea myth (based on the play by Euripides, written in c.430BC) to perform in groups in a couple of weeks. A key learning goal in Year 8 drama is to improve communication and co-operation skills through group work.

Year 9 - students have spent their course working on a range of units, including Lipsync, Māori myths, and a Duologue unit using a scripted scene from West Side Story. They are currently exploring different theatre genres and scripts.

Year 10 - film students have just finished a large unit on making short films. They focussed their work on the western genre and came up with some innovative and entertaining short films. They are currently working on a McGlashan TV unit, learning about broadcast journalism. One of our Year 10 students have started their professional career in film, by recently being cast in a minor speaking role in a major international feature film. Huge congratulations to Finlay Tomkins for acing his film audition, and all the best for the upcoming film shoot in Central Otago.

Years 11, 12, 13 - Senior drama students are in the middle of a busy devising unit, focussing their creative work on a Suffrage inspired theme. Students will be performing their devised pieces down in the Suffrage Exhibition at Toitu Otago Settlers Museum during week #7.

Working towards their externals at the end of the year, which focus on 'View Live Performance', senior students are viewing a range of performances throughout the year. Seniors attended a Dunedin Fringe Festival Show, Le Sujet Parle, in the first term at Otago Museum, and have just been to the Opening Night Performance of Wicked: The Untold Story of The Witches of Oz. It was wicked!

Senior drama students recently had old-boy, James Mustapic, come into school to talk to them about being a comedian and performing on stage and television. James was part of the Dunedin Fringe Festival this year, with a show at the New Atheneum Theatre, and he's also been involved with The Spinoff TV show.

Seniors had the pleasure of attending a school session for the Dunedin Writers & Readers Festival: Te Reo, Hip Hop and Shakespeare. Toby Morris, who is an Auckland based illustrator, comic, and writer, spoke about illustrating Te Tiriti O Waitangi The Treaty of Waitangi. They then heard about the Hip Hop Shakespeare Company,  which was founded in 2009 by BAFTA and MOBO award-winning UK hip hop artist Akala.  The Hip-hop Shakespeare Company is a music theatre production company aimed at exploring the social, cultural and linguistic parallels between the works of William Shakespeare and that of modern-day hip-hop artists. Akala was a dynamic and engaging speaker, and we loved hearing his take on hip hop and Shakespeare and seeing him perform.

Year 13 students Ben Porter, Stewart Ashton, and Ezekiel Neilsen entered in the 5-minute Student Directed division of the SGCNZ University of Otago Sheilah Winn Shakespeare Festival late last term. Ben and Stewart co-directed a scene from Romeo & Juliet, and went outside the box this year, with Ben playing the Nurse, and Stewart as Juliet (in full costume and make-up), with Ezekiel supporting in the scene as Peter.  All three impressed the audience and assessors alike and won the best 5-minute scene. They will be flying up to Wellington at the end of next week with Ms Fridd, to attend the National Final for the SGCNZ University of Otago Sheilah Winn Shakespeare Festival. They will report back about their experiences in the next issue of The Pilkington Press.

Once again, a busy musical year is underway. As this article goes to print, we have to bands competing at this year’s Dunedin Youth Jazz Festival at OBHS on 17 May. The John McGlashan Big Band and the John McGlashan College Small Combo have been in training for the past months under the masterful eye of tutor Ross Kane and are looking forward to the big day. In addition to the competition on the Friday, there are workshops for players on the following Saturday plus a Showcase concert at the Kavanagh College Auditorium.

In addition to the Jazz Competition, the major annual secondary school’s band battle ‘Smokefree Rockquest’ is just around the corner. This year John McGlashan College has seven acts competing; Aspect (Year 10), The Black Orangutan (Year 11/12), Purveyors of Fine Meats (Year 12), Moroccan Caravan (Year 13), Under Apex (Year 13) and Kundalini (John McGlashan College/Taieri College – Year 13). The irrepressible Rylan Urquhart is representing the college in the solo/duo category. The heats of the competition are held on 8 June at the Taieri College Performing Arts Centre with the regional finals being held 21 June. With so many musicians representing the college, it would be fantastic to see some supporters in the crowd!

A group of year 10 musicians performed at an assembly to celebrate the success of the Year 8 cricket team. This was a great way for the boys to perform a piece of music that they had been working on in class in front of an appreciative audience and they performed admirably.

All level 1, 2 and 3 NCEA students also recently performed their solo performances pieces in front of an audience of family and friends. All of the boys performed in a manner to be proud of in a pressure situation. It was fantastic to see all the unseen hours of practice that these boys put in coming to fruition.

Our first big event of the year was to host the visiting Ichikawa students and staff. Dr Martin and a crew of Year 13 musicians ably guided our visitors through the intricacies of Dave Dobbyn’s ‘Slice of Heaven’ before performing it before a “very scary” microphone. A big shout out to Samuel Leaper, Geoffrey Kemp, Cameron Durant, Daniel Thom and Nathan Harrison for giving up their time to assist with the success of the afternoon.

Woodwind, brass, voice, piano, drum, and guitar and bass lessons are in full swing for the term. We have a team of passionate music tutors working behind the scenes every week to inspire and up-skill our budding musicians.  Remember to contact the music department at any time throughout the year if you’d like your son to begin or resume learning an instrument and we will do our best to assist! 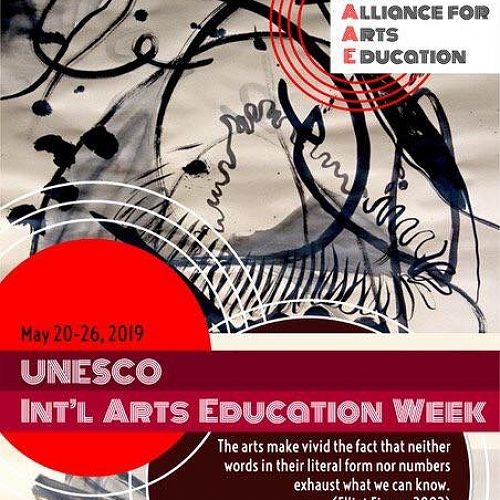 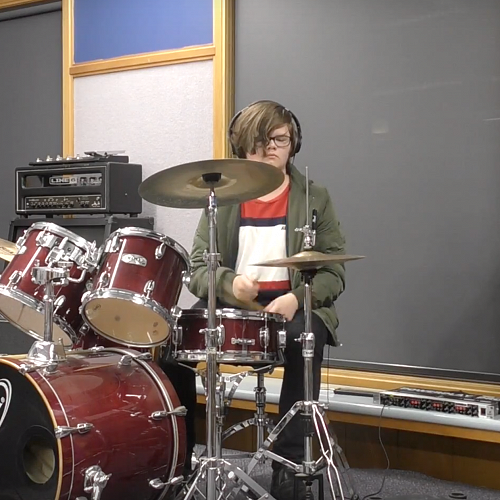 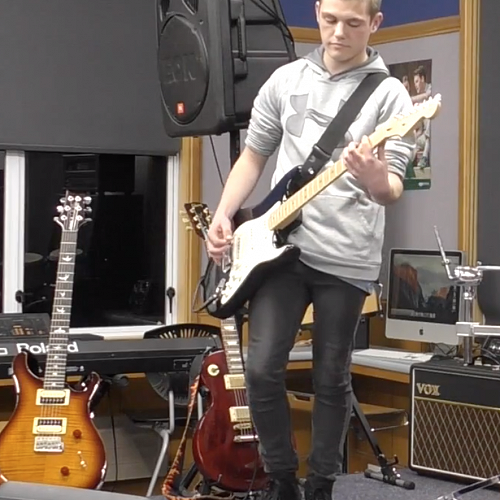 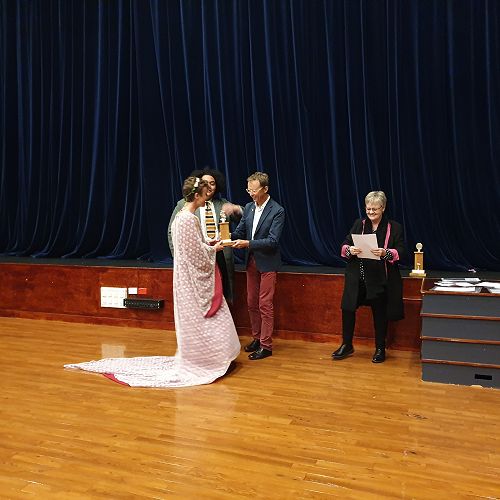 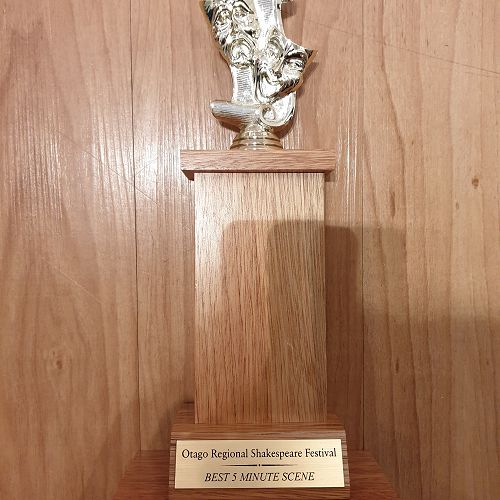 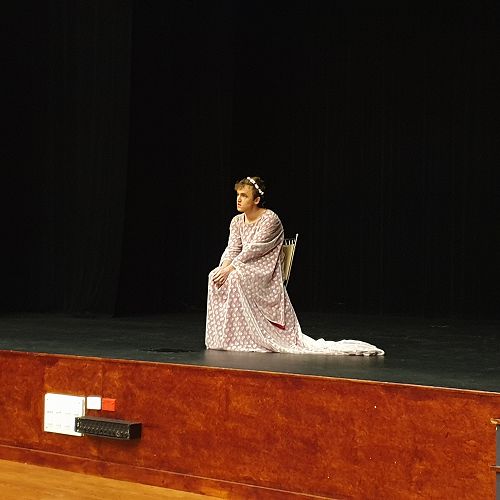 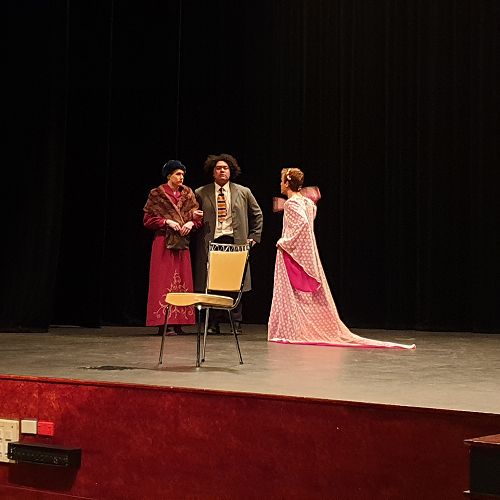 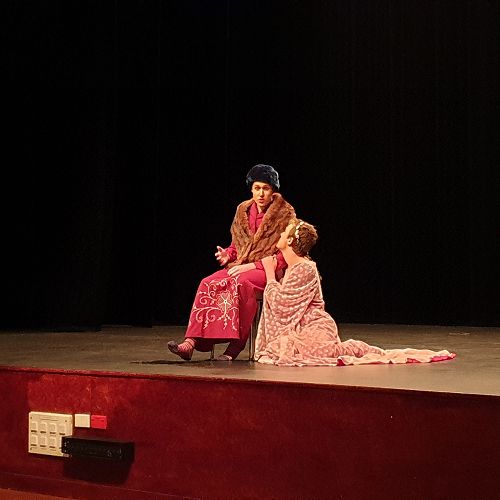