On graduating from the University of Otago School of Medicine in 1939, Alex Borrie became a medical officer with the New Zealand Army’s 24th Battalion, serving in North Africa and Italy. He spent 27 months on the front lines, the New Zealand army’s longest-serving frontline medical officer. He was awarded the Military Cross following the battle of Monte Cassino. After the war he returned to general practice while also organising the Otago University Medical Corps, becoming its Colonel. In 1952 he was awarded an OBE for services to the territorial forces. He was also a part-time anaesthetist and taught University of Otago medical students. In 1968 he was awarded a Fellowship of the Royal College of General Practitioners for serving as its secretary. Dr Borrie worked as a general practitioner for 44 years, serving as the college hostel doctor for 39 years. He retired in 1988.  Peter Borrie accept the honour on behalf of his father.

Simon Rowley was Dux and head prefect in his last year at John McGlashan College before studying medicine at the University of Otago. He graduated with MBChB in 1972 and FRACP in paediatrics in 1982 after further studies in London and Oxford.  On returning to NZ in 1984 he worked as a neonatal paediatrician at National Women’s’ Hospital Auckland, where he still works as a senior paediatrician.  Dr Rowley also teaches at Starship Children’s Hospital, is a visiting paediatrician for Plunket, a trustee and presenter for Brainwave Trust, has published his medical memoirs, Mind That Child, and is an honorary lecturer at the University of Auckland School of Medicine. Dr Rowley is a recipient of the Dennis Pickup Clinical Educator Award (2014) and a Distinguished Clinical Teacher Award (2015). He is married with four adult children. 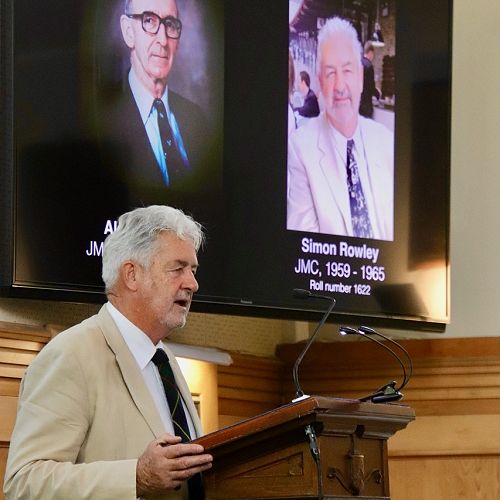 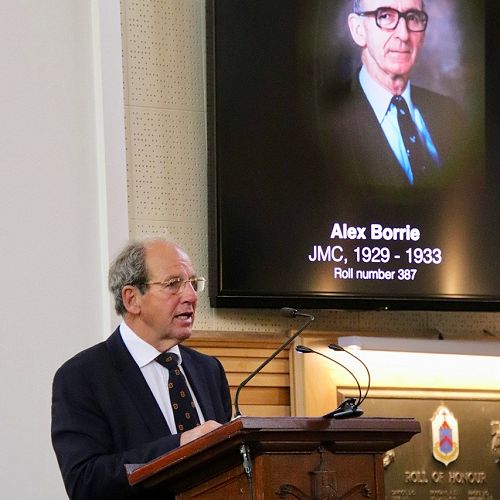