The last day of Term Three saw our Year 13 English cohort deliver their fantastic valedictory speeches to their teachers, parents, grandparents, and friends.

Each year our Year 13 students present their valedictory speeches to their teachers, classmates and parents. The purpose of these is not simply to be assessed against a speech achievement standard, but to express their gratitude to those who have helped them during their time at the College, to reminisce about fond memories, and to say good bye as they transition into the next part of their lives.

Speech presentations do not tend to rank highly among students’ favourite pastimes. However, these presentations are the exception. The process of writing makes the students reflect upon their time at the College, and share memories and experiences. The process itself is filled with laughter, and the actual presentations, even more so.

On the night, Friday 29 September, we had three rooms, with three teachers, and three groups of students and parents. Mr Schaumann, Mr McGilchrist, and Ms Gardiner each organised one of the three groups. A fourth, smaller, English class gave their speeches on the Thursday and the room was filled with parents, grandparents, and their classmates who wanted to support them. The students performed exceptionally, proving themselves to be the incredible young men they have become.

The content and themes of the speeches were as diverse as the presenters themselves. Each speech was a perfect representation of each individual’s personality, values, and passions. We had extended metaphors of sandwiches, flying, tractors, music, and the evolution of car ownership. We had references to popular culture, Boarding House hijinx, and a comprehensive array of College sports and culture. It is certainly one of the English Department’s favourite times of the year, and I feel confident in saying that parents, grandparents, and the Year 13s themselves enjoy it immensely. Mr Garry joined us in the ELC, and enjoyed a range of speeches from each of the groups.

The presentations managed to be hilarious, poignant, and stirring. They are so special to us as teachers as we say goodbye to the 2017 cohort. The tears in the eyes of some parents revealed how special they are to our McGlashan families. We will be showing several in our staff meetings for the rest of the staff to enjoy. If you would like a copy of your son’s speech, this can be arranged. 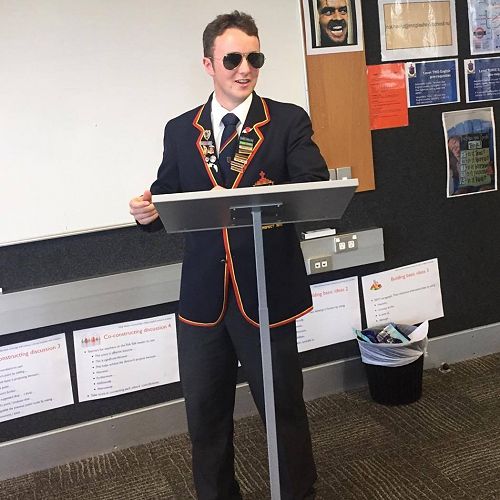 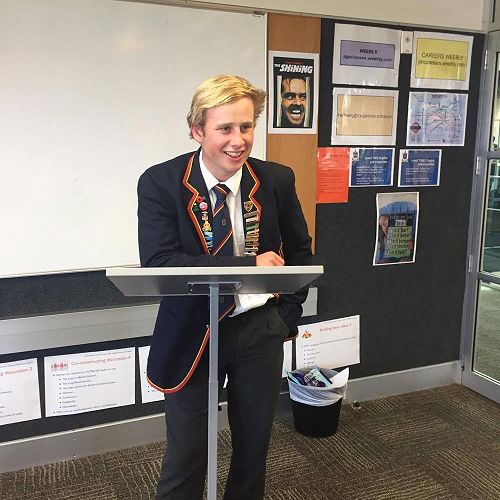 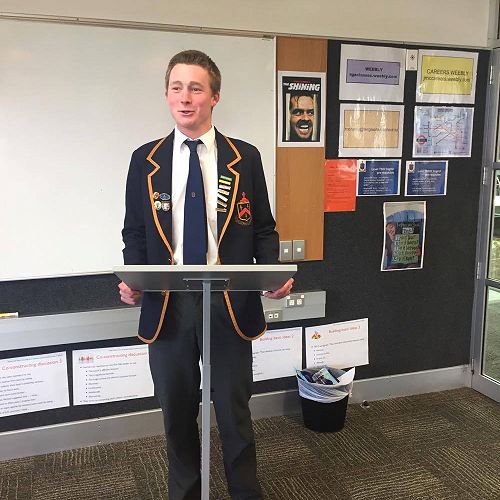