There was not much time to get organised for the Otago Regional South Island Schools Qualifying tournament, with our teams needing to be finalised before the end of the second week of school term.

Thankfully, however, having numerous squad sessions at the end of 2015 helped to give us a reasonable idea of who might gain selection for our A and B teams.

The tournament was on the Wednesday 17 February, and we headed down to Logan Park not sure what to expect as Mt Aspiring College (MAC) were rumoured to have a pretty handy team. After tidying up Logan Park HS in our first tie, we then played MAC for a spot at South Islands. Charlie Davies and Jez Nicholson-Kelly played first up. They both faced reasonably tough opponents and got us off to a great start by winning 6-4 6-3 (Charlie) and 6-4 7-5 (Jez).

Our top seed Lachlan Kenneally faced a very demanding game at the hands of a fine player who has previously been third in New Zealand. Despite losing in the end the score didn't reflect the game as they had long rallies and long deuces. Playing at No 2, Tom Shallard also had a tough match and played some very good tennis, eventually prevailing to win 6-1 7-5.

Though we headed into the doubles up 3 -1, we knew we were still a long way off qualifying. Lachlan and Tom combined well together, but lost 6-3 6-4 in the end after a close battle. Showing some great teamwork, Charlie and Jez came through an outstanding battle to win their doubles match and allow us to qualify for the South Island Finals in Timaru (4th - 6th March).

We are grateful for the support we have received. Carlos Reid has begun a training squad, and was also with us during this tournament as a coach. In addition, it was great to see some old boys there who themselves have been part of the recent success of JMC tennis. 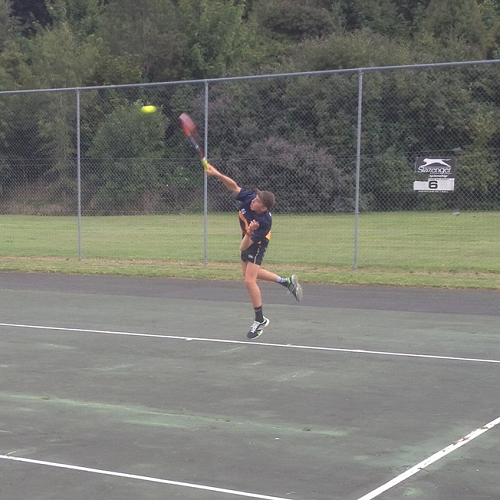 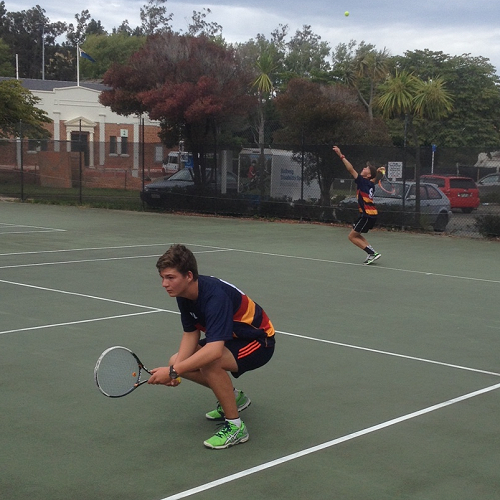