Otago Peninsula is internationally renowned for its marine wildlife and is one of the few places in the world where nesting albatross and penguins can be viewed. The Air New Zealand Environment Trust is supporting a revegetation and predator control project associated with the development of Blue Penguin Viewing Facility at Taiaroa Head.

Our year 8 students  spent the day weeding, digging holes and planting native plants. The students were expected to do some research on the plants and local environment before their visit.

Here's what Nathan Dockerty from 8MRU had to say about the field trip:

On the Thursday of the last week of term 2, 8MRU and 8ADU went to Pilot's beach to plant additional plants to encourage the penguins to nest on the beach. First, we learned about albatrosses and little blue penguins at the visitor centre at the albatross colony near Pilot's beach. Next we had our morning tea break.
Then we moved some tussocks on the path back to make the path easier to walk down. Many of the tussocks had grown into the wooden lining of the path, and so they were very hard to dig up. After that we stopped for lunch. Finally, we headed down to the beach, and saw some seals. There were about five in various spots, but we couldn't go anywhere near them. There was a fence between them and us to keep us safe.
Lastly, we planted plants for the penguins. We had to give a few of the plants priority as they were dying and needed to be planted soon. Then it was time to get back on the bus, an head back to school. Although it was hard work, we all had an exciting day and the penguins would've appreciated the plants to nest in. 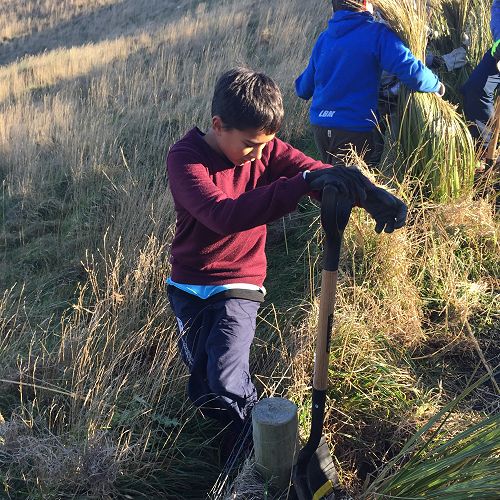 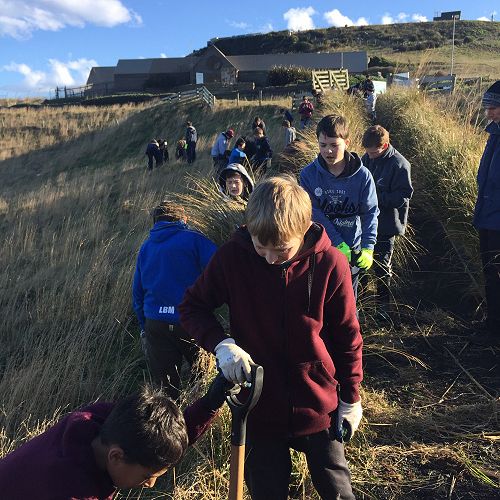 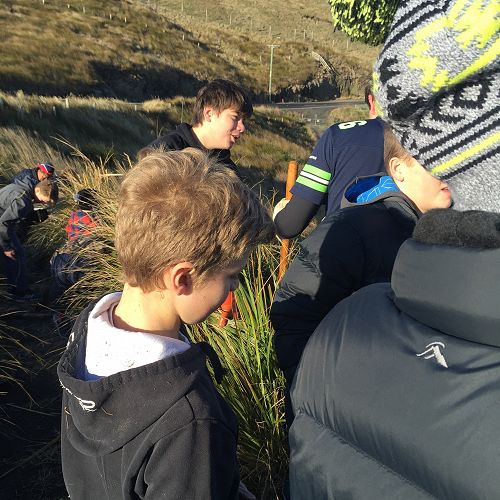 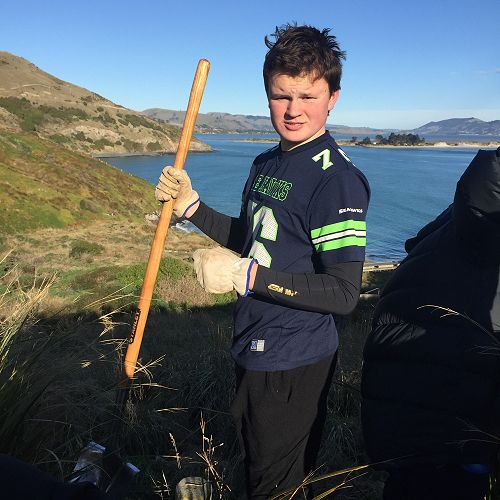 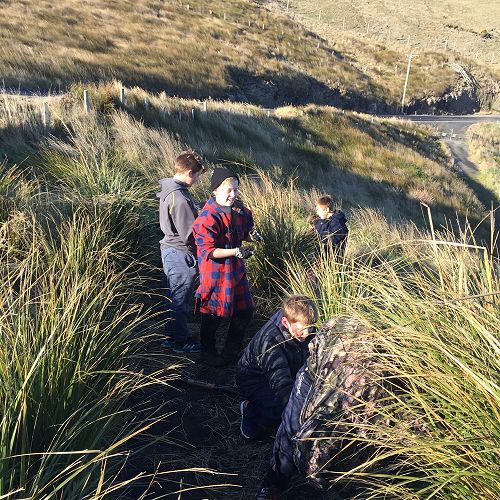 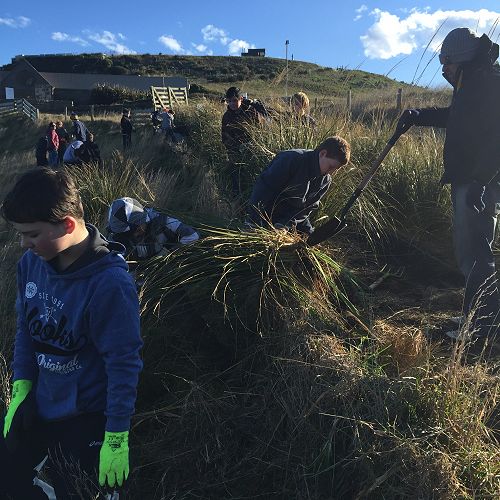 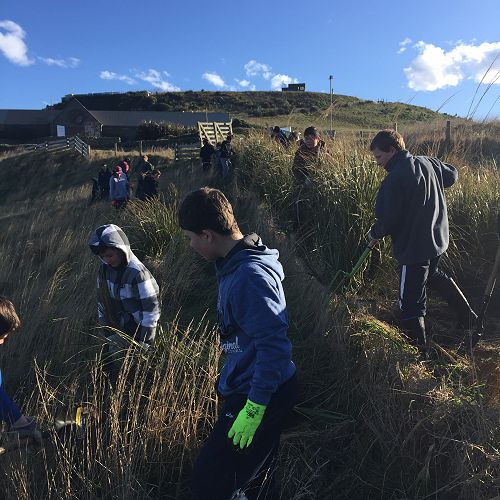 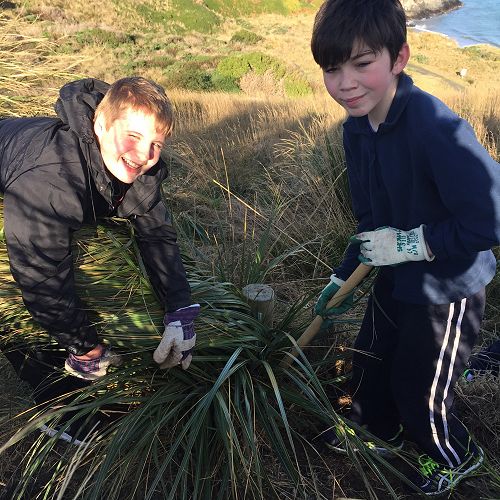 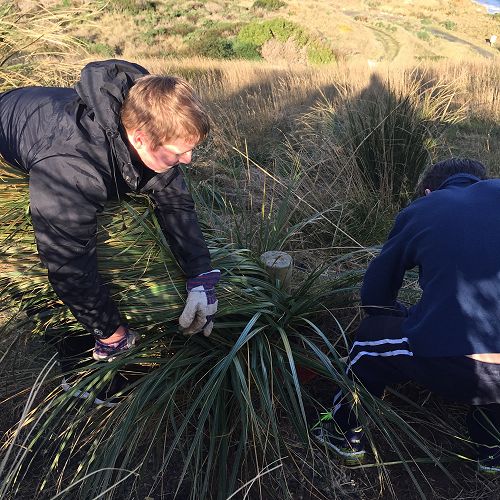 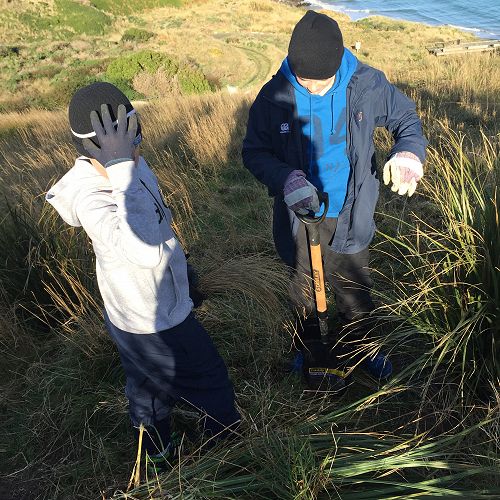 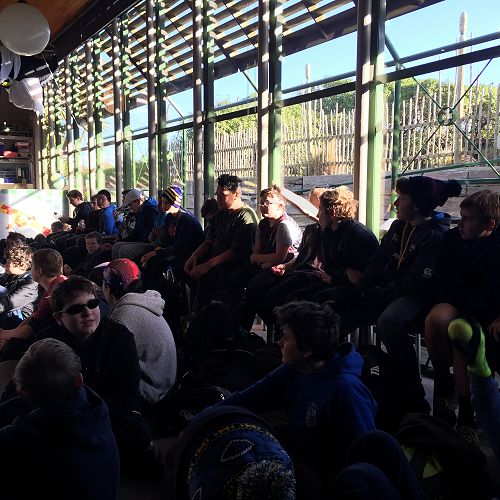 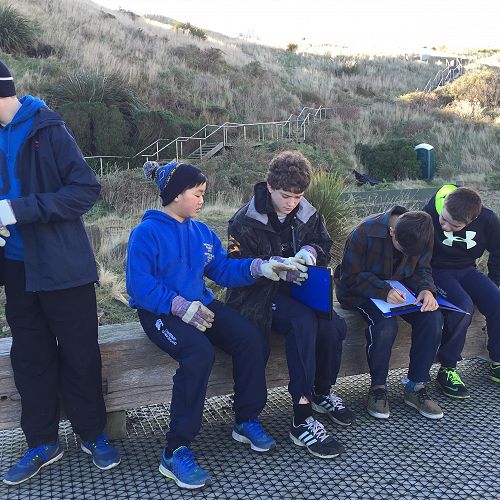 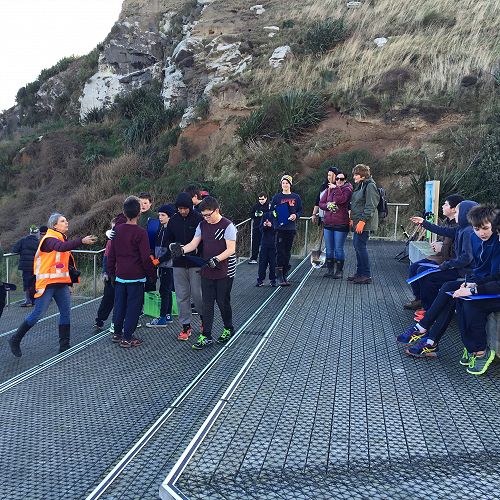 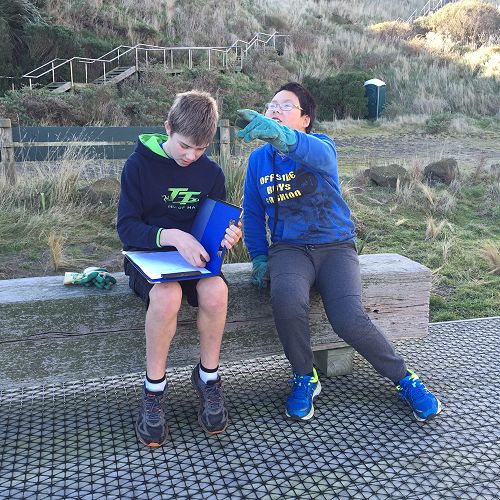 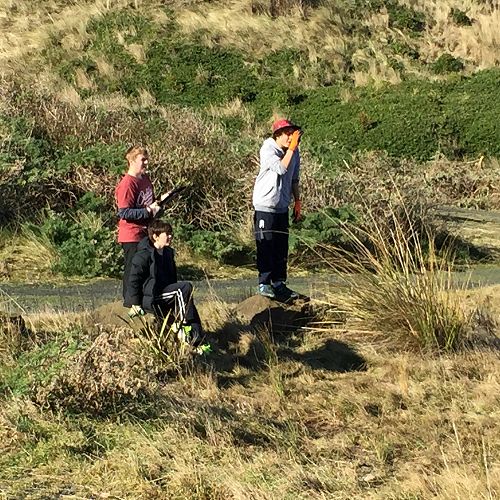 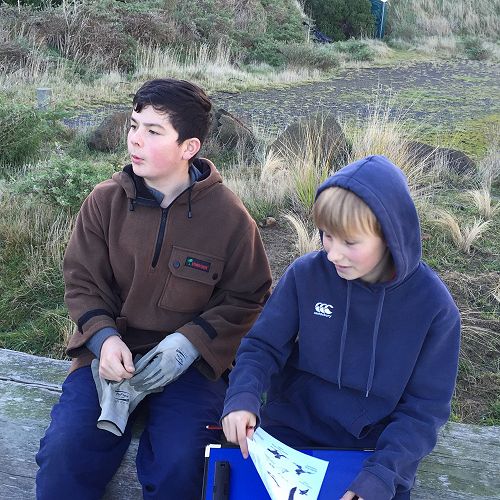 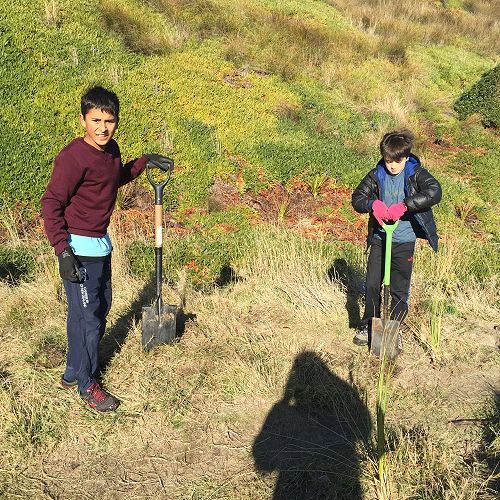 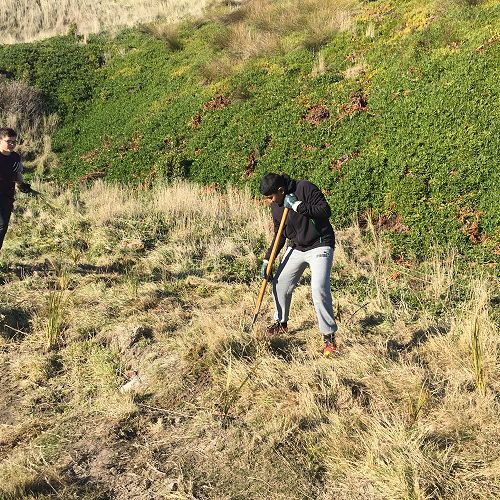 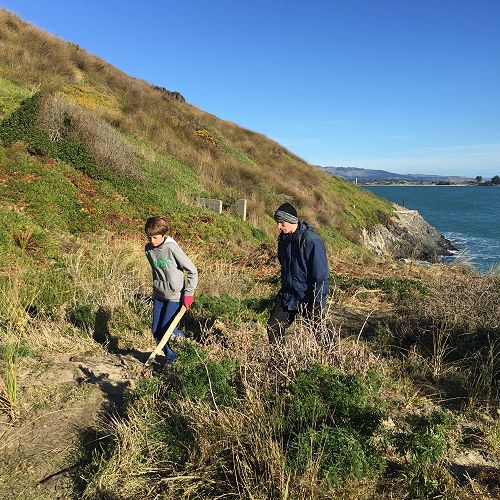 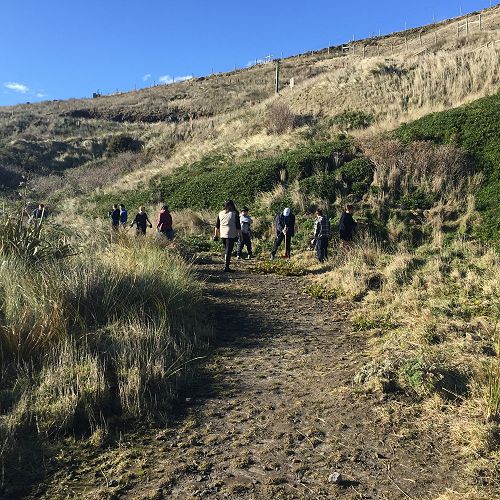 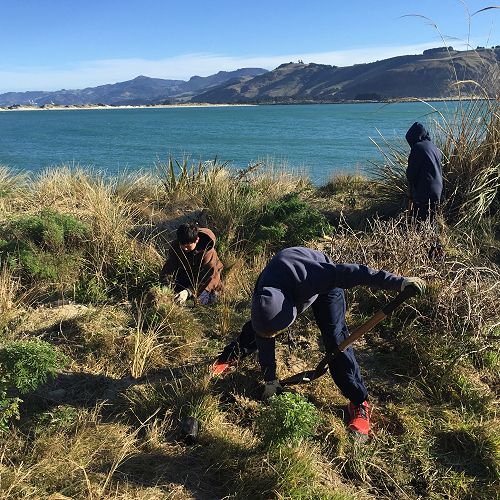 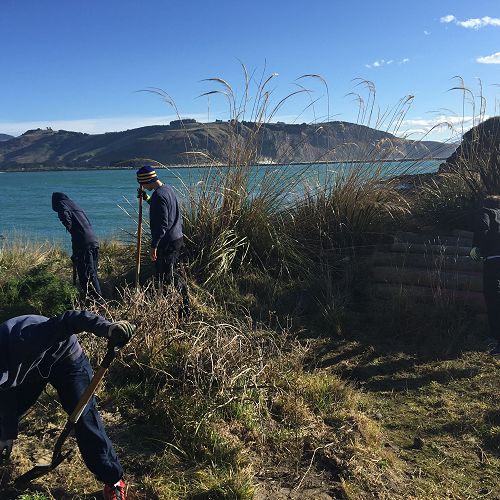 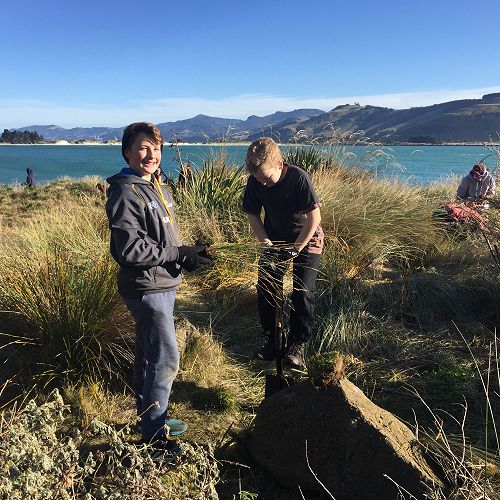 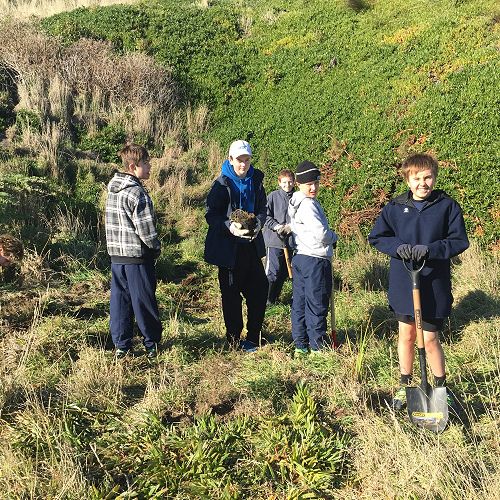 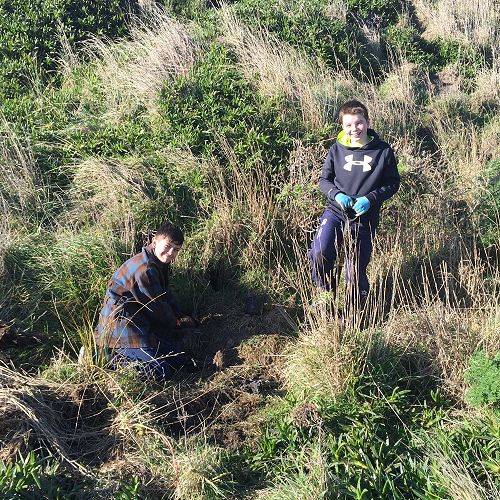