John McGlashan College are the proud owners of the winner's medal for an unbeaten run through the tournament.

Pool play had us playing Bayfield High School, and Verdon College - both teams were easily dispatched in challenging conditions either underfoot or against winds that were overpowering at times.

The semi-final draw saw us playing against James Hargest College in the first semi-final on the turf. We scored an early goal and were ahead for most of the game until a late equaliser forced a short extra time, but the inevitable penalty shootout ensued. Confidence in Mason Prentice, our goal keeper, was high as he had previously saved two penalties that were awarded against the lads in pool play and earlier in the match. Time after time, our boys stepped up to the penalty shot full of confidence in their own ability to bulge the onion sack behind the opposing goalkeeper. John McGlashan College won the penalty shootout 4-2. Mason Prentice easily saved two of the James Hargest penalty attempts.

The final saw us playing a known foe in Kavanagh College. Earlier in the season, John McGlashan College had come back from 3-1 in one game to drawing 3-3. We knew the teams were evenly matched and were excited about the spectacle that was to be played. Again, an early goal put us in a commanding position to control the game but Kavanagh kept pushing. Sudden breakout after breakout was foiled by our defensive team who were having an outstanding game. Kavanagh resorted to long shots which eventually caused the game to be tied by the time of the final whistle. An extra twenty minutes of chess-like football was played with no change to the score.

Back to penalty shoot outs. We had been here before, we just needed to do what we did last time. The first five players for both teams stepped up to the mark and both teams were tied at 4-4 at the end. The goalkeepers saved one goal a-piece.The boys from John McGlashan College stood together in a line reassuring each other of the victory as, one-by-one, they were required to face potential glory. And glory it was for each lad. Every penalty kick taken by our team was expertly placed away from their keeper who did not look like saving anything - he seemed somewhat resigned to the inevitable - we had eight goals at this stage. The opposite was true for our star, Mason Prentice who fully put his body on the line, inching closer and closer to every subsequent penalty attempt by the opposition. It was Kavanagh College's fourth attempt that sealed everyone's fate. Mason picked the right direction to dive and emphatically saved it. Eight goals to seven and victory was ours.

Well done boys for an amazing tournament. Captain Joe La Hood, who did an excellent job leading the boys on and off the field, summarised the tournament by saying "This tournament was the best First XI Football tournament that he had been part of." We are proud of you lads.

Thank you to coach Ben Lund, your expertise and expectations were greatly appreciated. Thank you to Russell Lund for managing the team so well. Thank you also to Ainslie Anderson for putting this whole tournament together for the College. 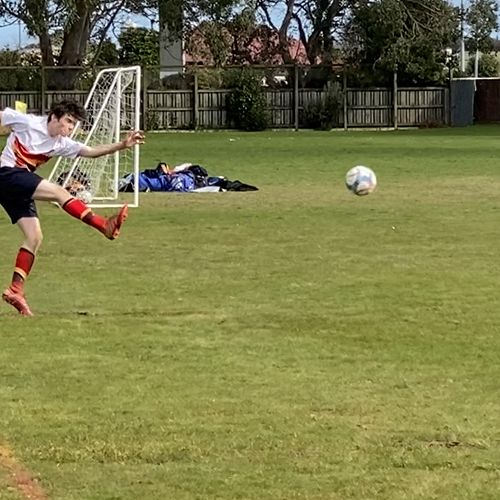 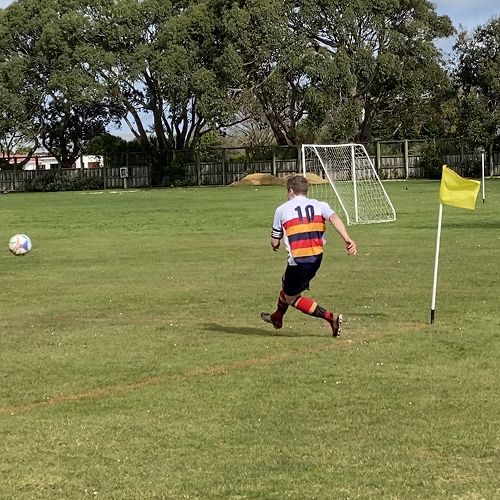 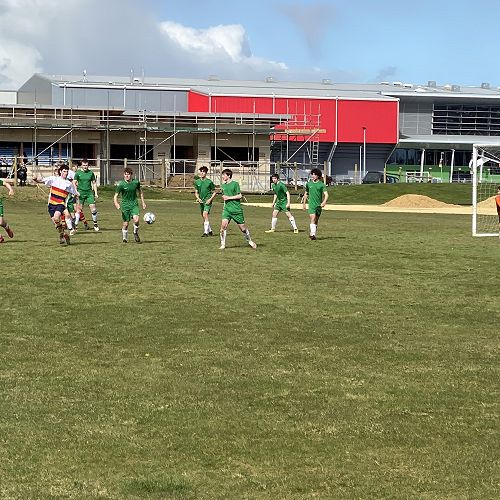 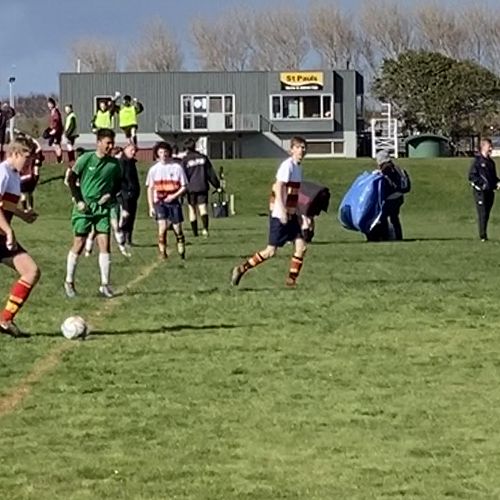 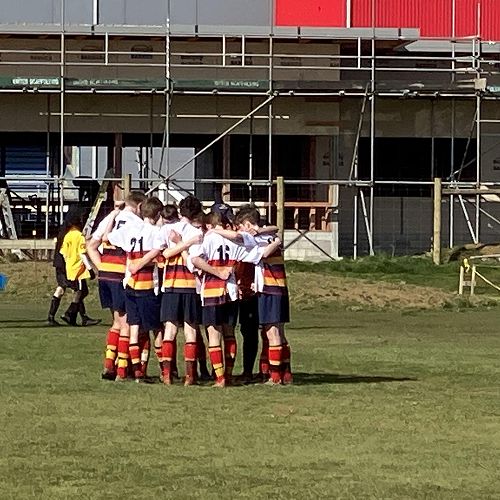