The biggest sporting exchange in John McGlashan's history went off without a hitch. Over 200 athletes from each school competed over two days

Seven different codes participated with major sports like football, hockey, basketball and rugby having senior and junior teams involved. Across codes the competition was intense, but throughout the two-day exchange, many examples of fair play and sportsmanship by athletes and coaches highlighted the true value of such events.

The advanced party of senior Timaru Boys arrived late on Monday afternoon, July 30. After the rugby, basketball, hockey and footballers were allocated billets, the competition began. Senior basketball tipped off the exchange. Timaru proved too strong with some quality athletes on show including a very tall young man who dwarfed Harry Russell and Oliver Mouat. Hockey hit off on Monday evening as well. Again Timaru proved too strong.

Tuesday morning dawned fine much to Mr Garry’s relief. With Open Night scheduled that night and the forecast poor, Mr Garry was concerned we would traipse mud through the school. The weather-God’s played their part, and all sports were played under sunny skies. Senior basketball and hockey were back on the court early, although the results stayed the same second time around, Johnnies put up a better showing in both codes.

The majority of the Timaru Boys' teams arrived by bus at 10 am, Tuesday, 31 July. With a flurry of activity three rugby matches were underway along with junior hockey and basketball, and senior football, trap shooting and chess. Nearly 100 packed lunches were distributed, and teams ferried to various parts of the city.

Our junior hockey side recorded the first win for JMC. Two more victories were recorded by the 2ndXV and under 14 rugby teams. The Colts suffered a loss. When the junior basketball team also suffered a loss things were looking grim for Johnnies. Chess had their usual win to restore some pride for the hosts. The senior trap shooting team arrived home with a victory. Our senior football side has been on a steady rise. They have been training since Christmas, and all the hard work is starting to pay off. At full time, scores were tied. The boys had a penalty shoot-out which was won by JMC.

Morning classes were cut short for the entire school to watch, either the 1stXV, junior football or badminton. Badminton would have been the best choice as both our football and rugby teams failed to fire. The badminton boys had a good win showing depth right through the team with Chris Denton, Andrew Goh and Lachlan Kenneally all playing well. The junior footballers were outclassed as were the 1stXV.

All in all, a wonderful sporting exchange. In Timaru Boys, we have found a school with a similar philosophy towards sports. We seem evenly matched across a number of codes and staff and coaches got on really well. In McGlashan’s centennial year, this is the type of event that will take the college forward into a new era where boys can enjoy the opportunities across the board, in line with other boys' schools. 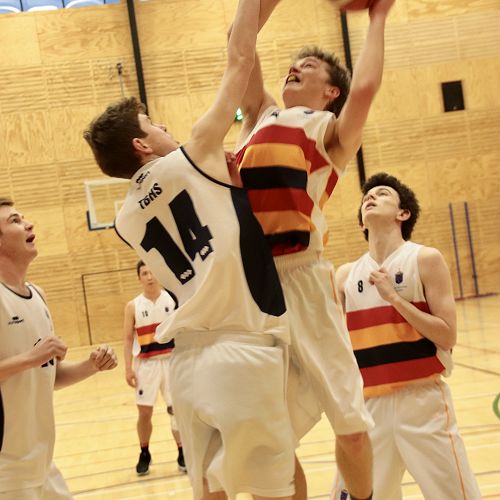 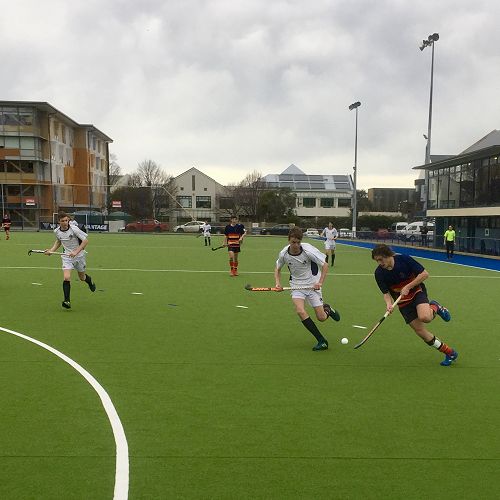 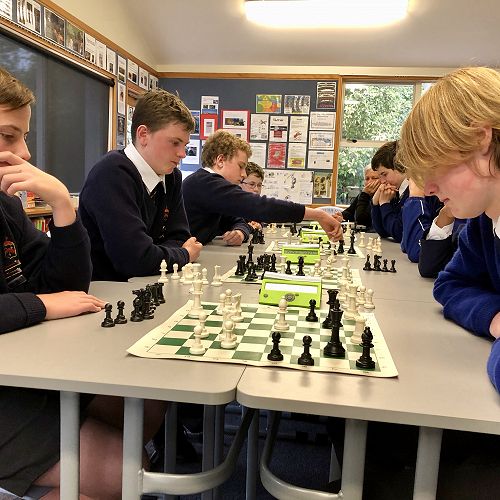 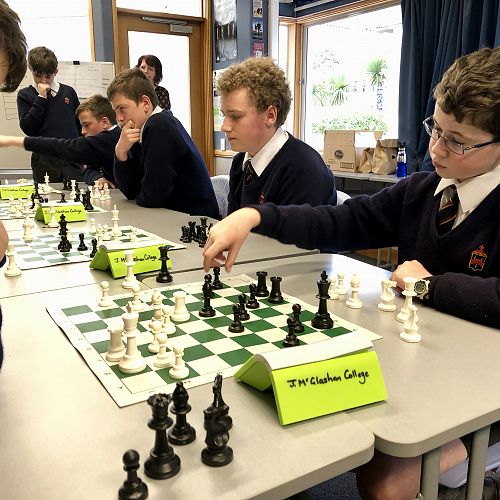 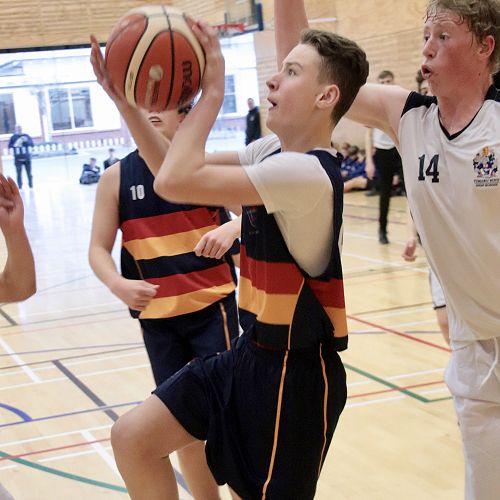 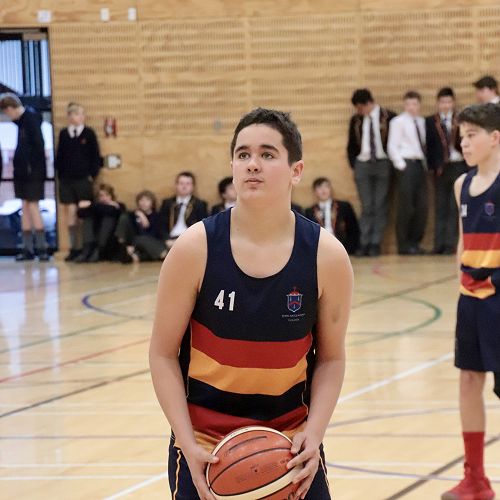 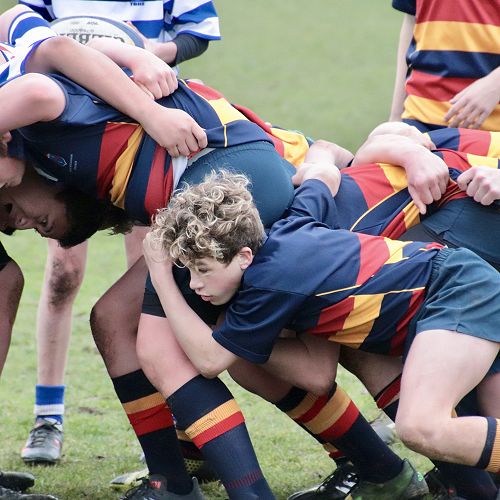 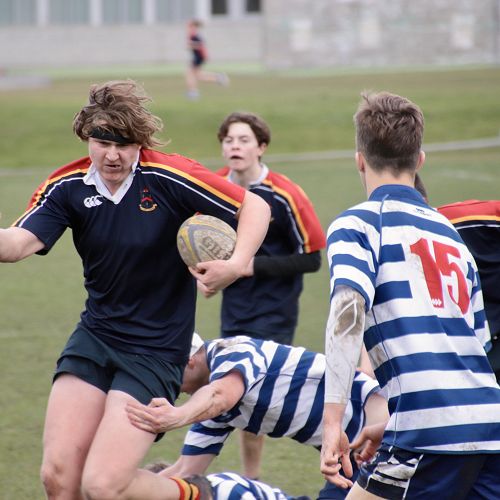 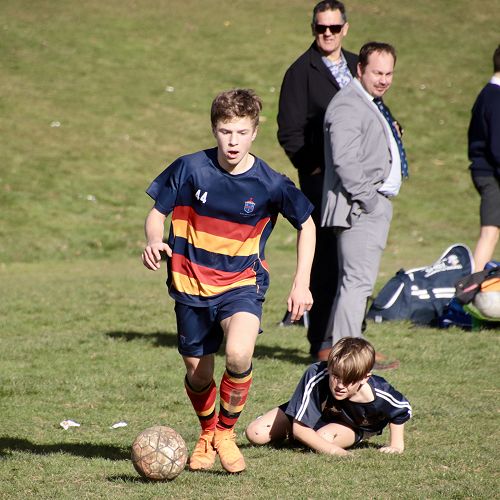 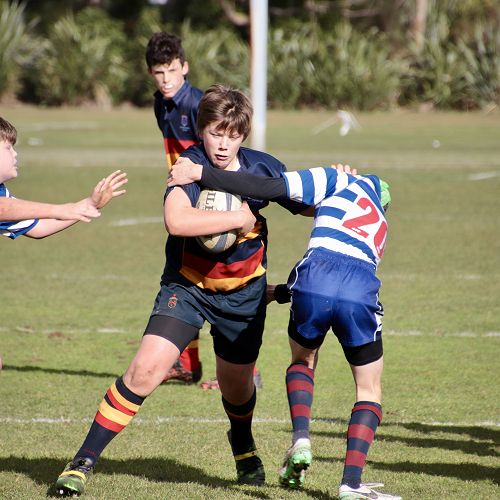 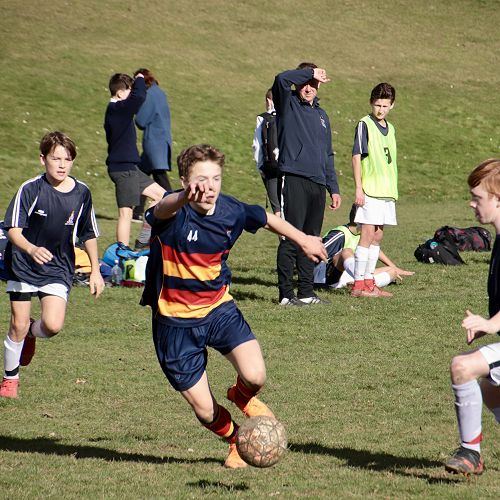 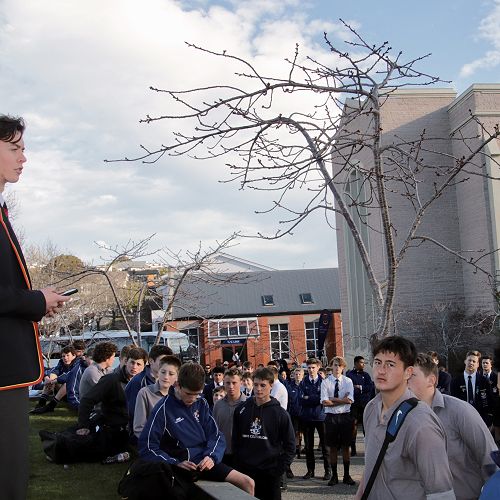 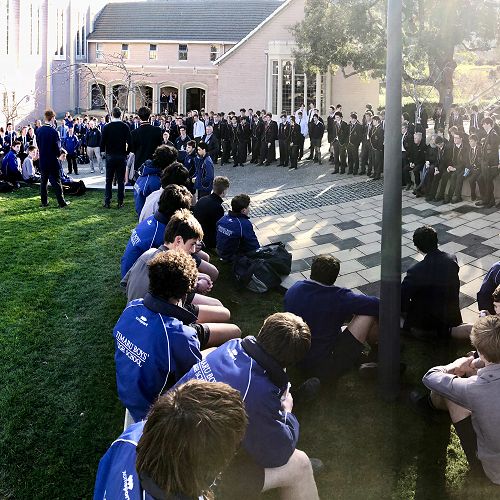