Our Year 7 and 8 team took on the challenge of rewriting the Wizard of Oz for the Intermediate Arts division of the Regional Championships held in Christchurch on the 31st of August. By winning their division they gained a place in the National finals in Wellington on the 21st of September.

Judges and spectators were entertained by their ten minute presentation that showed what happens when Dorothy from the Wizard of Oz is actually a Scottish settler named Glenn who sets out with his comrades to conquer the Wicked Witch of the West, recast as an evil Nuclear Powerstation Mogul. Apart from being highly entertaining and warranting a large round of applause, it was also a notable feat in that the team had to write their script, write and perform their music, create scenes, props and costumes, and show a high level of team work and problem solving without help from anyone outside the team.

Originality points were gained by using a freshly composed (by Daniel) piece of music to accompany the friends in their quest to overcome challenges and eventually de-mask and defeat their enemy. Along the way a kiwi, wanting the freedom of flight, a lazy taniwha, wanting to be more fierce and able to protect his pounamu, and an erratic fantail, wanting to find some calm and peace, joined forces and became a powerful group working towards a cleaner and greener Aotearoa.

The team also impressed the judges in their thought processes and ability to work together to come to a solution in the spontaneous challenge that was presented to them on the day.

We were supported supremely by Jilly O’Brien and Fei Peters and are very grateful for their assistance with driving, pep talks and general care of the team. A sizeable thank you is well deserved by both. 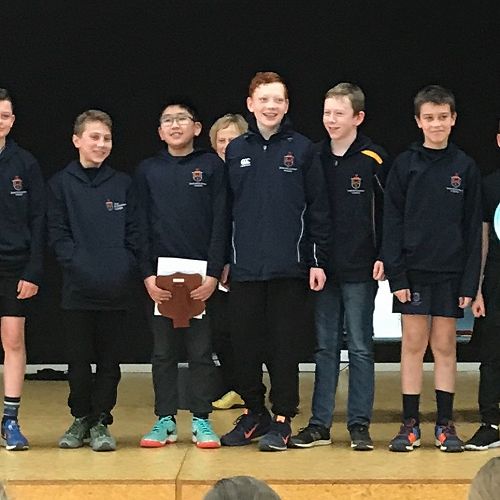 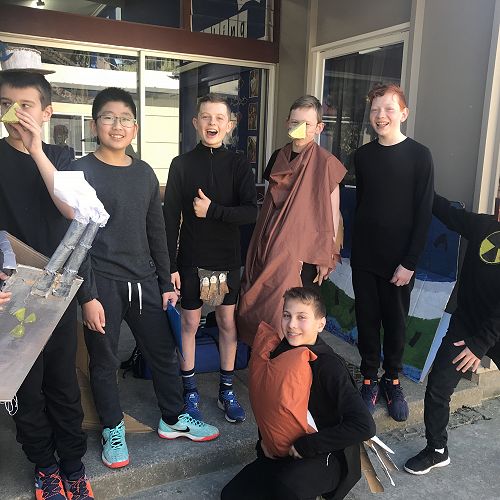