A tale of a little boy and a little girl, who find love by marching to the beat of their own drum - who would have thought such a seemingly simple idea could spawn such a sophisticated, nuanced a striking work of poetry?   This was certainly the case for Christian's work - and when you hear it - as you can do through following the link to the video - you'll not be surprised that it took supreme honours at the competition.

And then there's the little matter of reciting this three-minute oral roller coaster to 500 or so Johnnie's' Boys in the chapel, at short notice.  And this too, was achieved with flair.  Christian's work and his consummate performance of it dazzled in the chapel - cue rapturous applause.

So where to from here.  Christian certainly has the bug now - and has the drive to try to sweep up others into the phenomenon of the spoken word poetry revolution.  And so, he is organising the first JMC poetry slam, happening at the end of this term.  So now it's your tyrn.  Be inspired, get creative, and slam out your own poem. 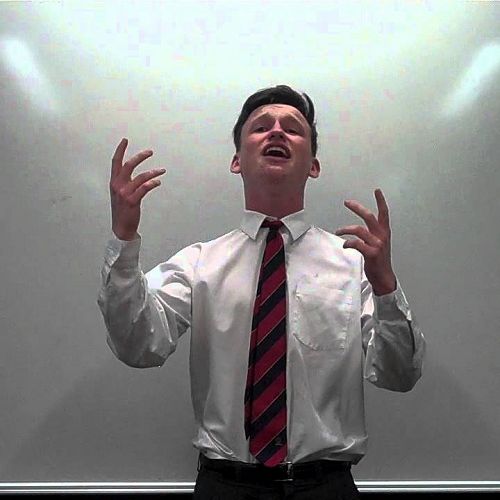