A rocky introduction due to lockdown and learning independently from home, threw everyone off a bit, and that was just the start of the 'drama'.

Ancient Greece has influenced our society in many ways. One of the most prominent ways being theatre. Greek Theatre is a very unique style of drama, as there are many steps taken to ensure the performance is historically accurate in terms of both the costumes and the style it is performed in. Recently the Year 11, 12, and 13 drama classes have completed their Greek Theatre performance internals, and it certainly was a rollercoaster. A rocky introduction due to being in lockdown and learning independently from home, threw everyone off a bit, and that was just the start of the 'drama'.

Two groups were formed in each of the separate senior classes and we all began to learn our lines. We presented short 10-minute segments from the historical Greek play, Medea by Euripides. Medea tells the tragic story of a woman driven mad by her ex-husband, whose anger leads her to do the horrific act of taking the lives of her children as revenge. Although the story is rather grotesque and surrounded by dark themes, the performances still worked and were great successes.

Learning page-long monologues was not the only difficult task faced by the class though, not at all!  Staying true to the historical Greek Performance, we had to perform outdoors whilst wearing togas (Ms Fridd said the togas would be “easy” to wear and that they would “not come off during the performance if pinned correctly”!…Spoiler alert: They were not easy to wear, and they caused a lot of stress!) And finally, we had to perform while wearing full Greek masks. This all seemed like a recipe for disaster, and in the days leading up to the performance, it certainly seemed like disaster was inevitable.

It was a new experience for everybody in the class as it exposed us to a new type of theatre that we would have otherwise most likely never looked in to. The interesting and unique use of choreographed chorus movement was a shock to everyone as we all tried to create our own exciting scenes.

Now that the performance is over and we have hung up our togas for the last time, we can’t all help but feel a little relieved we won’t have to do it again anytime soon, but also (and more importantly) glad and nostalgic. This is because we have now got a far broader knowledge and appreciation for other forms of theatre. 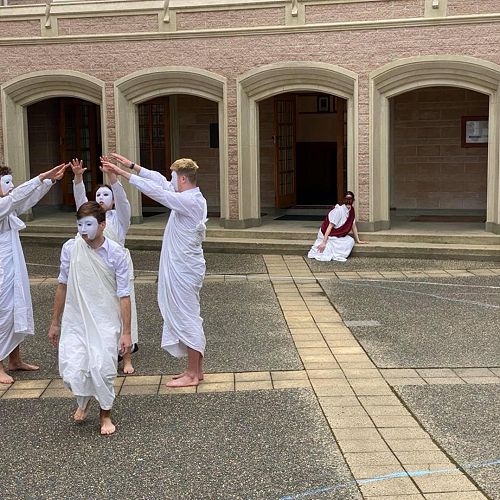 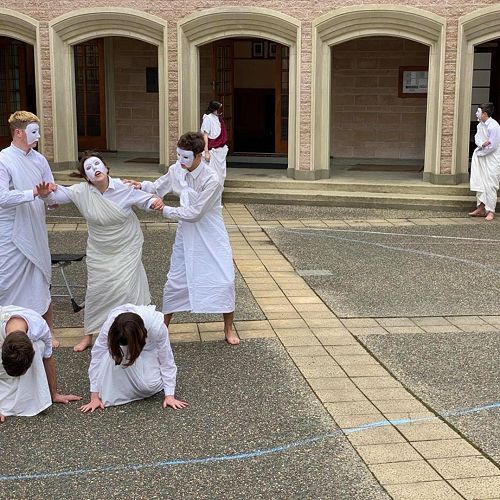 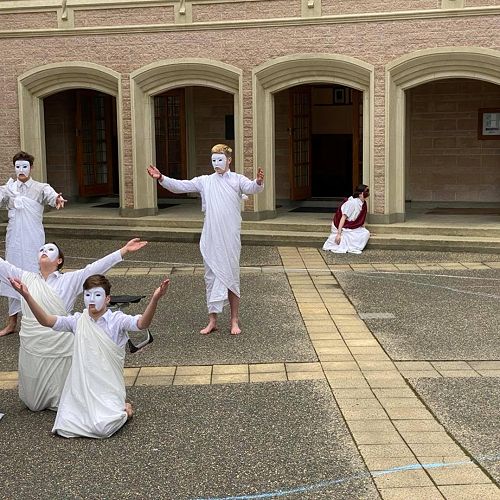