Henry Bell and Reon Lowery were chosen to go to a Lions tour breakfast and the Highlanders 'Captain's Run.'

As part of ASB's sponsorship of New Zealand rugby, our school was asked to supply a couple of names of young leaders who would appreciate rubbing shoulders with some prominent rugby people. Henry and Reon were selected and were lucky enough to be chosen alongside a couple of lads from Otago Boys.'

The Lions played the Highlanders on a Tuesday night. On the Monday before, Henry and Reon were invited to a breakfast downtown to hear Justin Marshall and Will Greenwood speak. Justin Marshall is a very well known and respected All Black and Will Greenwood was a sensational center for England who went on three tours with the British and Irish Lions from 1997 - 2005. The boys were lucky to have these two sit with them at their table for breakfast.

Later that afternoon, the boys were able to attend the 'Captains Run' at the stadium. This was a fantastic experience for the boys who got to meet some local legends.

Thanks to ASB for giving these boys a fantastic opportunity. 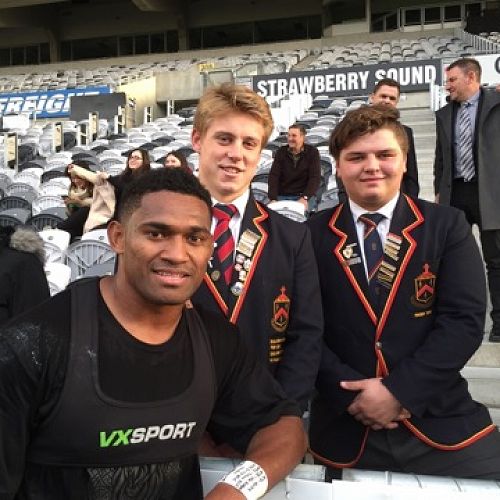 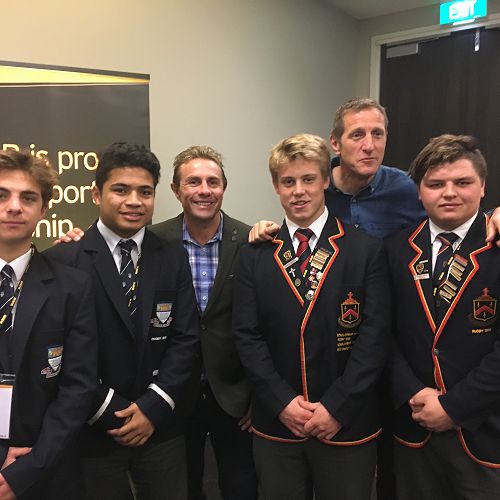 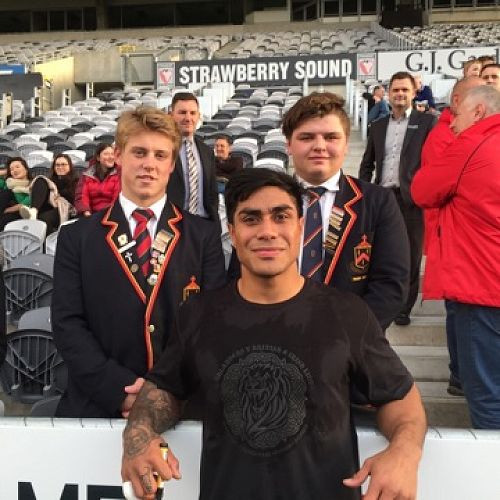 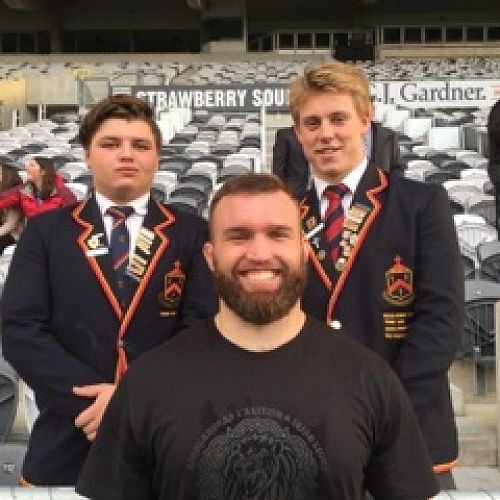