It has been a very successful summer for many John McGlashan cricketers with 21 players playing for their district and 4 boys going on to represent Otago.

Anjas Bhogal, Ryan Whelan, Angus Simmers, Jordan Gain, Ness Scully, George Johnston, Micheal Sewell and Angus Frew all played in the Under-17 District tournament held at Labour weekend in Oamaru. These boys represented four different districts throughout the tournament. From this an Otago Under 17 team was selected to compete at the national Under 17 tournament held at Lincoln. Angus Simmers, Anjas Bhogal, Jordan Gain and Ryan Whelan were successful in making the side with Ryan Whelan going on to higher honours being selected for the Otago Under 19 team, which also had their national tournament at Lincoln. Some of the highlights from these tournaments include Anjas Bhogal top run scorer at Under 17 nationals with two hundreds and an 80, Jordan Gain 60, Ryan Whelan 3-47 and Angus Simmers scoring a hundred at the district tournament in Oamaru and some solid starts at the top of the Otago order in Lincoln.

The large amount of cricketing talent with in the school is exciting for the future of John McGlashan cricket. 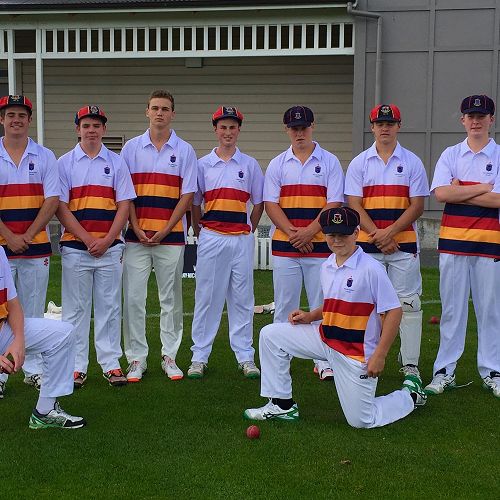