Rugged shepherds, returned soldiers, dastardly criminals, daredevil parachutists - just some of the characters our Year 9s brought to life in their recent assessment.

The boys were tasked with creating a 350 word 'written portrait' of a character of their choice. They were assessed on their ideas, details, use of language and written accuracy. A couple of outstanding examples are here for you all to enjoy.

Returning from the Front

The train came to a screeching halt and people flooded out of the doors. Even though I was supposed to be looking for mum, I took particular interest in another man.

It might have been his features or maybe his oversized luggage. He wasn’t tall like daddy, but he looked strong and he was very young. I would have guessed that he was in his twenties. His frowning jaw seemed uneven on his dirty cheeks. It seemed that his nose was blistering even though it was the middle of November and it hadn’t fully cooled yet. The man’s clothes were covered in mud and he was slouching from the crushing weight of his enormous rucksack over his shoulder.

There was something not right with this man. It was as if a ghost had patted him on the back on the way out of the train. Little did I know that that was what had happened. Mothers were grabbing their kids and rushing away from this ghoul, who was drifting slowly through the station. Dad was nowhere to be seen which meant he had probably had wandered off with mum or gone to the lavatory.

As the man turned looking for someone, I saw something else over his shoulder. A rifle. I had already started walking towards him when Dad yelled out to me; screaming at me to come back. “Why are you sad?” I whimpered softly to the man. He crouched down in front of me and looked down at his feet. His eyes rose to mine and I saw something that was missing. His right ear. Tears rolled down his face as he stared into my curious eyes. Slowly but surely, he rose to his feet.

“Daniel we have to go, now!” now Dad was screaming at me. The man swiftly turned around and disappeared into the midst of the station. A hand grabbed my arm and I was snapped back to reality. The man was gone and dad was leading me out of the station into the mist of London.

The icy grey sky grumbled restlessly. The thick blackened clouds were dragged down by the heavy rain. Tantalising smells wafted through the thick snow flurry from the local market. People bustling everywhere, shopkeepers screamed out offers on the top of their voices to attract customers and customers desperately tried to bargain for the best possible prices.

He left early to give the jostling crowds the slip, so he didn't get trampled when the stalls ran out of stock. He looked down his nose at the children's antics and always tried to get in a good “thwack” with his walking stick before he left. In turn, whenever they caught sight of him hobbling around scattering multigrain for the twitching pigeons, they would jeer, and mock him out of spite and malice.

He raised a shaking hand to shield his eyes. The ice and the snow obscured almost everything in sight. As the wind whipped round, the careworn cap that sat on top of his greying fringe of hair hurtled away out of sight. He shuffled forward, scraping his shabby boots through the piling snow. A ragged cough sounded and echoed faintly off the ice-capped glacier tops. He pulled his moth-eaten jerkin tightly around his frail torso to unsuccessfully fend off the cutting sub-zero temperatures.

After a fierce struggle against the gnawing gales, he reached his shabby homestead. The old house seemed to have collapsed inwardly on itself somewhat, like a loaf of bread taken out of the oven too soon. The roof sagged and the cedar shingles stuck up in places like wonky teeth. The windows had no glass in them now and they seemed not to be quite rectangular anymore. The dingy brick walls were streaked by the drippage from the leaky tin gutter. The lean-to shed on the side hung downwards as if the fight had left it and it could no longer bring itself to stand up against the elements. In the high winds of the season, the old house could be heard to creak as if in it's death throes. The grass grew long and unkempt around it

He hunched over in his crinkled leather armchair, leaning closer to the fire, shuffling his hands towards the flames to warm them from the bitter evening. The light from the flames illuminated his tired, worn face, wrinkles boring deeply into his skin.His expression was of frustration and fatigue. The world seemed no place for this man; he had had enough. His yew stave lay forgotten in the corner. The oak floorboards creaked, as the blizzard thrashed outside, pummelling everything in sight.

He felt the blackness cloud over him. Like a blanket, not a blanket of warmth, but a blanket of coldness making him shiver. But somehow it made his eyes feel heavier and heavier. The crackling fire licked the smoke infused bricks, casting shadows around the room as he fell deep into the claws of sleep, consciousness ebbing away. Never was he to wake again as the glowing embers lost the last of their light, washing the room in blackness. 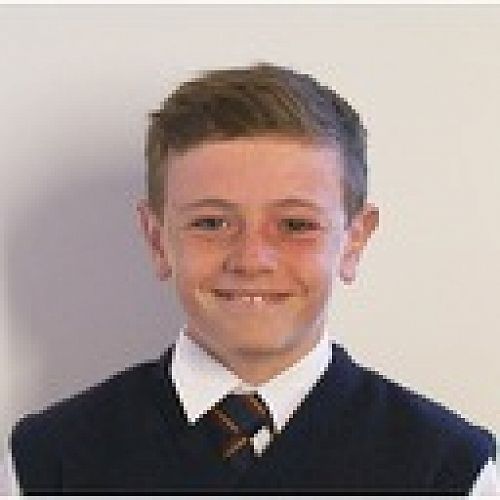 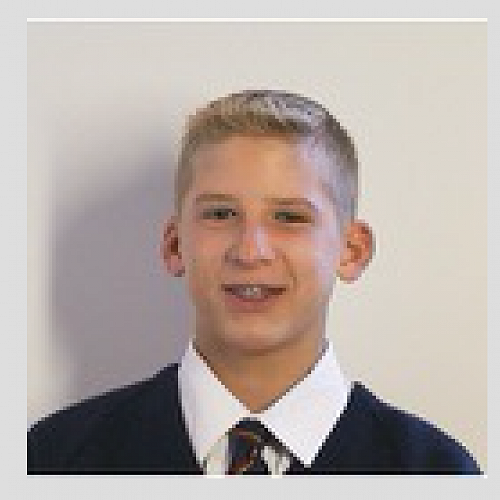