While much is written of his rugby exploits there is always mention of his wife of 65 years Margaret, and the role she played in his career.

When he retired in 1988 the School magazine published a delightful article on Tup. "Many past and present students will remember the happy times at Mt Nicholas where Tup was one of the persons with a large input into the form 4 camps for many years."  As one staff member said 'We can never replace Tup, he is something special.'

I visited Tup in his St Clair home and spent a very pleasant afternoon with him and his friend Murray Guyton (grandfather of present Year 8 pupil Will Kara) talking about sport, grandchildren and hip replacements.  We decided that as sportsmen (not that I was in their league!) we were entitled to a few hip and knee injuries.  He also chuckled about having taught three generations from one family (the Beggs from Cromwell) - father, son and grandson.

Their house is a treasure trove of sports memorabilia and it was a pleasure spending the afternoon with you Tup.  Thanks for the roles you played in my sporting and academic lives. You are still pretty sharp in your 90th year! 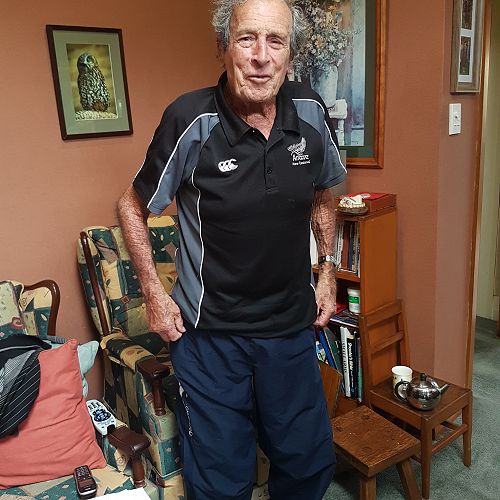