17 students, 2 parents and 3 teachers headed off to walk the 60km loop of one of New Zealand's Great Walks.

It’s around 5:30 pm on a grey Sunday evening as we arrive at our accommodation: Lakeview Motel. The boys are excited as here they get showers, clean towels, their own rooms and a bit of luxury before 3 days of none of this. We all tuck into some good nachos and coleslaw for dinner on night one, we all savour every bit of it as we know that for the next few days we survive on plastic cheese, crushed crackers, and dehydrated beef teriyaki.

If there is anything more painful than not stopping for the toilet for three hours on the bus after drinking 1.5 litres of water, it’s Ms Bell knocking on your door at 6:30 in the morning and saying 'Good Morning!' in the most annoying tone possible. For those further down the corridor, it’s the horror of anticipation as you hear her voice getting louder and louder, as she so swiftly nears your room door.

With breakfast done and bags packed, including enough snacks and salami to last you the apocalypse. The tired faces of 17 boys assembled, ready to be transported to our challenge. After a debriefing from the teachers, the bus took us to just in front of the control gates, from there we would split into our groups and start the Kepler walk.

The first group was taken care of by our very own grandmaster of card games Mr John Veitch who was accompanied by Mr ‘bacon and eggs’ Campbell Wilson. The loving, caring and everyone’s favourite, doctor of the camp, Sarah Andrews took care of the middle group. And lastly, it's was the dream duo of the mastermind behind this trip, Ms Melissa Bell who is probably more scared of rats than I am of her, and Mrs Donna Smith, who can be kind, caring and bubbly one minute and then be ready to rip your head off, in a heated game of UNO. It was this dream team of teachers and parents that was about to make this camp one to remember.

At their own pace, each group set off on the one hour walk to Brod Bay. To pass time, it was on this part we would sing the songs straight from Rev Kelk's Wednesday morning album. For some reason, the boys took a liking to 'Country Road' which we sang both versions about 8 times. Thankfully we reached Brod Bay before I went deaf of all the songs we collectively butchered.

Here we regrouped and had an early lunch that consisted of salami and crackers, which was about all we had for the next three days. It was important to refuel here as ahead of us was about 8.5 kilometres and 4 hours of straight uphill walking. It was definitely hard on the legs but we made constant breaks for food and drink. We were all feeling the weight of our packs except for Ian Audas whose pack for some reason felt like it had nothing in it. About six or seven kms from Brod Bay we were starting to see snow and had finally exited the bush and the trees to a beautiful sight of glistening snow and cold air. This felt like a milestone for most of us as the majority of the day had been walking in the humid bushy area. It was a definite contrast as the snow was so bright it was hard to keep your eyes open. At this point we were quite high up and it was here where we started to layer up. It was only 45 minutes until we were to reach Luxmore Hut. When we started to see the roof of the hut it was an amazing feeling, one that is hard to describe. I’m not sure what the emotions were that went through Moses when he finally reached the “Promised land” but I’d say it was pretty close to what we felt when we reached Luxmore Hut that day.

We booked the bunks and settled in. We had a lot of time to kill so we started playing an array of different games, including a New Mexican dice game Mr Vietch introduced to us, which to no one's surprise he dominated pretty easily. After a few games of Mafia run by Mrs Smith it was time for a debriefing from the hut ranger, which unfortunately came with some unwanted news that there is a possibility that the ridgeline to Iris Burn hut, our day two walk, could be closed; we would have to wait to find out the next morning. We were then asked to perform the school Haka to the tourists. After much deliberation on whether we knew the words or not, we gave a pretty solid performance, apart from the fact we had to change leaders halfway through.

Eating dinner was a challenge itself. Finishing a bag of re-hydrated food is no easy task, bearing in mind that there were no rubbish bins at the huts so we had to carry anything we didn’t finish...yea not fun. The smell of Cam's bacon and eggs on the cooker didn’t make things any easier either. After dinner, we headed to explore the caves. This was really cool as it went quite far in with crystal clear water flowing underneath your feet, not to mention the long chalky bits of calcium growing out of the rocks were also a sight to take in.

One's dismay is another’s delight, this definitely was the case when while we were eating our delicious porridge in the morning we heard that the ridgeline to Iris Burn had in fact been closed. For some, it was a delight that today would just be downhill and we would get another night with showers and towels, for others it was the dismay of not finishing the track. The dismay was definitely present in once such soul by the name of Enzo Hood. Poor Enzo to this day thinks we can still cross the ridgeline - “no Enzo we are not crossing the ridgeline”. So off it was, back down the same track to Te Anau for another night of showers and our own beds. Unfortunately, backcountry dehydrated meals were still on the menu for night three.

This time, to entertain ourselves we played the alphabet game with Ms Bell. Trying to name countries that start with every letter of the alphabet is harder than you think. We were going strong until we hit ‘W’ and decided to give up. It was only a few days later when we would realise that Wales was, in fact, a country. Going downhill was easy and a nice change of pace for the boys, we all thoroughly enjoyed it and really just took it all in. But after lunch at Brod Bay and headed for to Te Anau,  on a completely flat track, this is when it started getting harder - not physically but mentally. It was this part that some would argue was the toughest. Even though it was completely flat, it felt like it never ended, we were constantly asking people that were passing by if we were on the right track, I would say the most mentally draining part of the whole camp. After we got to the control gates we were ferried back to our accommodation group by group. Back at the motel, we were straight to the showers as today was extremely rainy and wet. Then it was back to competitive card games and games of Mafia including probably the greatest game of Mafia ever played. But that’s a story for another day

Today was the day everyone was looking forward to - a full day of flat walking with nice spongy footing underneath, and to add to that the beautiful sight of a river raging next to you. The walk to Moturua hut was probably one of the best days. Mrs Smith especially took a liking to it, as the opportunity to bring out the GoPro was perfect with many video opportunities on the way there. We crossed the bridge and had lunch at a very nice spot at Rainbow Reach. The weather was perfect and sitting on benches instead of dirt was also a nice change. After stopping for a good 45 minutes we were off on the 6km walk to Moturua Hut.

After reaching the hut the boys spotted the small beach, the edge of Lake Manapouri, and were excited to jump in. But, after realising the temperature of the water many decided to opt-out. The teachers offered ice-cream to anyone who got in so we had no choice but to torture ourselves for a couple of seconds. I’m not sure what it feels like having the bottom half of your body not there but I’d say with confidence that getting in that lake was the closest thing most people would get to it.

Sleeping that night was horrible. The heat of that room was something else and to add to that the endless amounts of sandflies flying around your face was pretty grim. Many of us that night were just looking forward to the sun rising.

As we were just starting to wake up many of us started to realise that today would be the last day of tramping. I would definitely describe it as a bittersweet feeling. For one last time, we finished our porridge and for one last time we packed our bags and tightened our straps, it was time for the last day of walking. After a quick group photo, we headed off. This time all sticking together without any allocated groupings. The bus was scheduled to pick us up at 2:00 pm so we had a lot of time on our hands, so it was definitely a day to relax, take your time and enjoy it for one last time.

Back at base we were given permission to explore the attractions of Te Anau like the fascinating bird park, the beautiful lake or the cool trout sanctuary. Boys being boys we decided to walk to Fresh Choice and back...typical.

Fortunately for us, there were no backcountry meals tonight, instead some good fish and chips were on the menu for the last night of the camp.

We were treated with a sleep in and bacon butties on Friday morning. The guys were all pumped to get on the bus and drive back to Dunedin. As we neared Dunedin, the feeling of relief but at the same time sadness started to come through. This camp was definitely one to remember. A big thanks to Cam, Sarah, Mr Veitch, Mrs Smith and Ms Bell for all there help and all their work they did for the boys on the trip. The camp definitely wouldn’t have been the same without them. And for anyone whose going into Year Ten or to anyone who is thinking of getting into tramping I highly recommend the Kepler track, it’s a great mixture of both mentally and physically challenging walks, but then to counteract that it has some great relaxing scenic parts to it as well.

There may be a John McGlashan Tramping Club (JMCTC) starting up soon, so definitely keep an eye out for that. 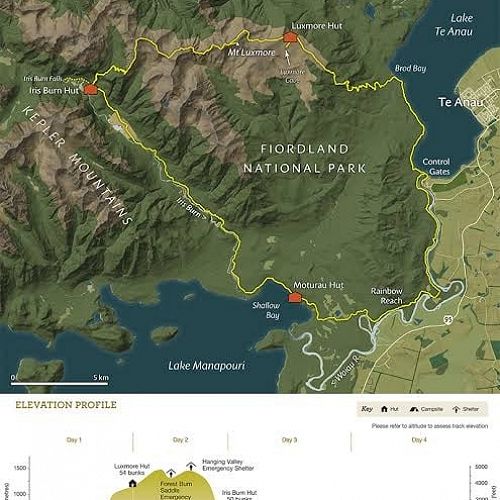 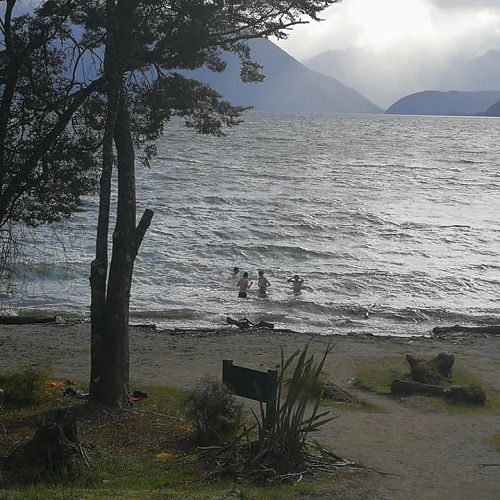 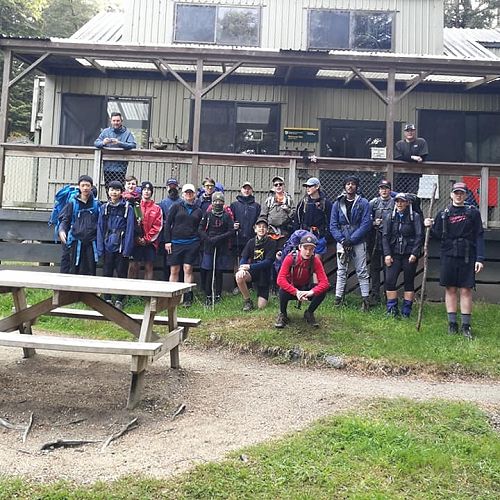 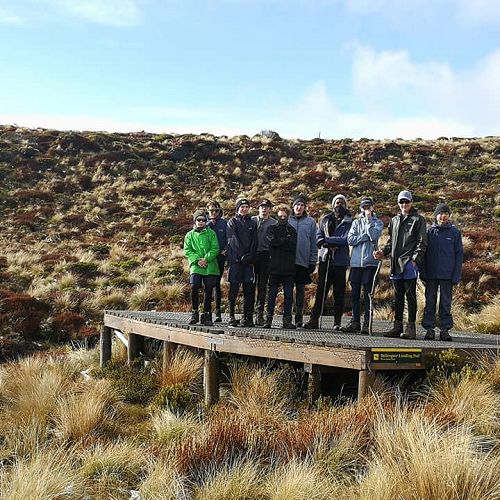 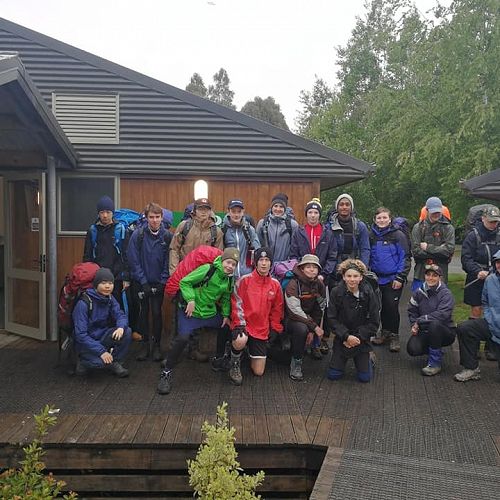 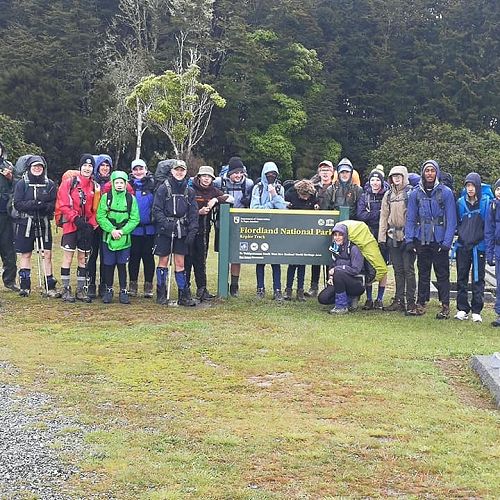 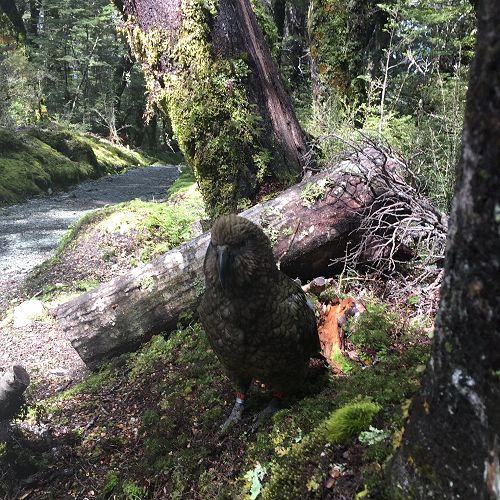 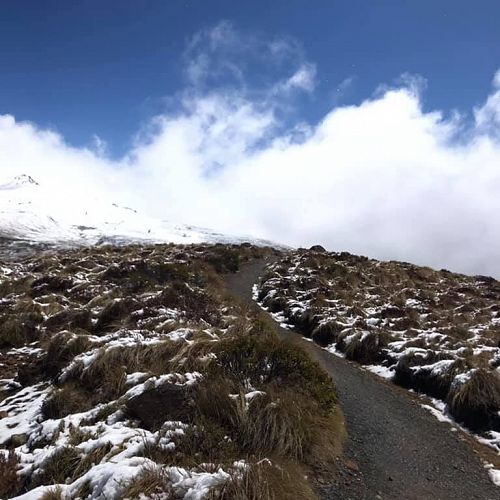 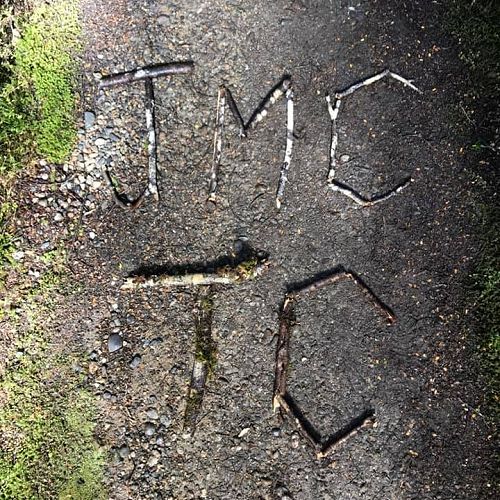 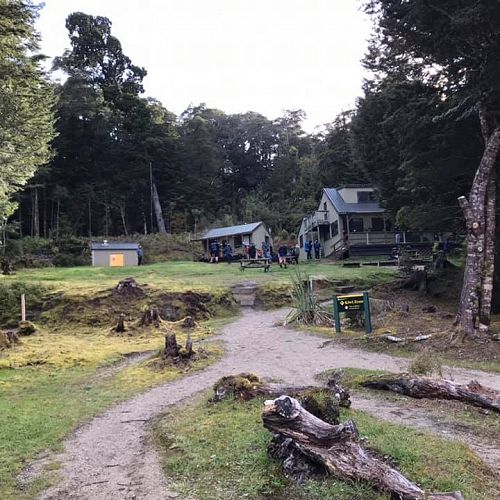 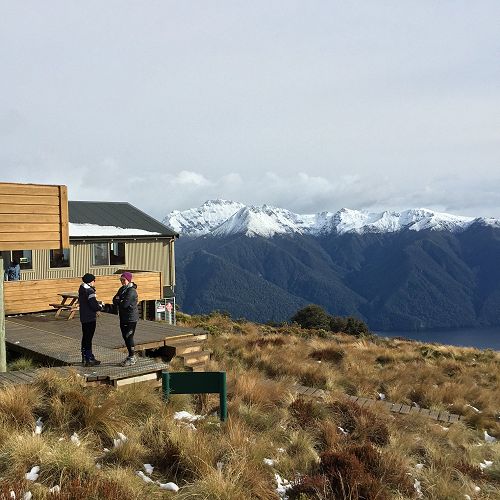 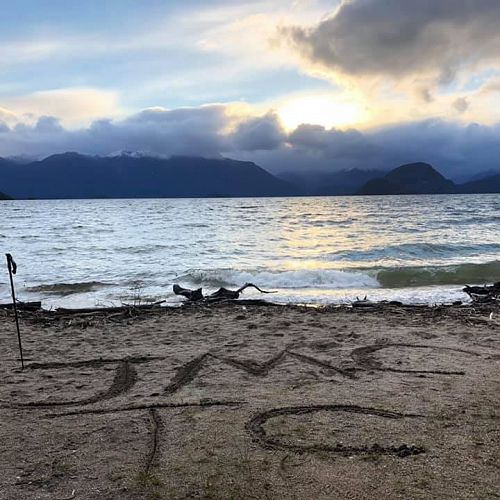