The process of preparing a performance can be as much a journey as the play itself. This was a task that the Year 13 Drama class set itself to at the beginning of this term when entering the world of Medea, a Greek Tragedy centred on revenge and a slow fall into insanity. While a long arduous task with many obstacles in our path, we managed to pull off a performance worth the amount of effort we put into it.

Medea is centred on a wife's calculated desire for revenge against her unfaithful husband. The play is set in Corinth some time after Jason's quest for the Golden Fleece, where he met Medea. The tragedy begins with Medea raging at Jason for arranging to marry Kreusa, the daughter of Kreon (King of Corinth). After sending her sons with a poisoned cloak to kill Kreusa in revenge, she plans to kill her children as a final form of revenge on her husband’s betrayal.

Our Year 13 Drama class embarked on a perilous journey at the start of term two. We were handed a script with the title “Medea”, we were all fascinated and eager to get started. After a brief explanation of the script we were straight into it, going over the script a number of times, then it was time to hand out roles and start rehearsing. The most important part of rehearsal was the text. All participants were required to learn all lines before a specific date to allow for more efficient rehearsal and blocking so we weren't constantly referring to our scripts. While Ms Fridd handled direction of the play and important facets of the production (including the overall ‘look’ of the performance, concept, costuming, lighting, projection, and sound), other students eagerly learnt lines and helped each other with their characterisation. There were many occasions in which some of the cast were absent,  which resulted in setbacks due to not being able to properly block or run pieces of the script. When we had a whole cast in class at the whole time (which was not often), everyone worked quickly and efficiently to get through what we needed to.

The performance itself was of a high standard and everyone played their roles successfully. The cast was very nervous, as all actors are, but we converted that nervous energy into excited energy and that gave the performance a energetic feel. Performing in front of a live audience really gave us an insight to an actor’s ‘day to day’ life and the pressures and stresses of performing live. The performance itself received great reviews and all the audience members enjoyed the full-scale production, critiquing it as enthralling and gripping.

We would like to thank the following students for their valued contribution to our major class performance: Theo Hannigan and Harrison Marshall (both of 7MBE), who played Medea’s sons, who are tragically killed by their Mother’s hand. Both Theo and Harrison were integral in the overall sucess of our performance and we had fun working with them. We would also like to thank our ‘Tech Crew’ or our Backstage team, who joined us for our huge day in the OBHS Auditorium, preparing for the public performance. Our team consisted of Alfie Richardson (Year 12) as Stage Manager and on Projection, Henry Ward (Year 12) on Lighting, and Hamish Ross (Year 8) on projection and performance filming (for moderation purposes).

We drama students worked tirelessly to create an 'experience like no other' for our audience and it has paid off in well-earned grades and a feeling of accomplishment. All of us had a good time working in rehearsals and learning our lines, though Mitchell Rogers still feels slightly upset that he was not cast in the role of Medea. Perhaps next time!

We are looking forward to our next internal performance assessment which is a on-site devising standard at Toitu Otago Settlers Museum, and using the ‘Slice of Life: The World Famous Dunedin Study’ exhibit to explore the culture of the 70’s, 80’s, 90’s, and early 2000’s. You can catch us performing on-site at Toitu later in term three. 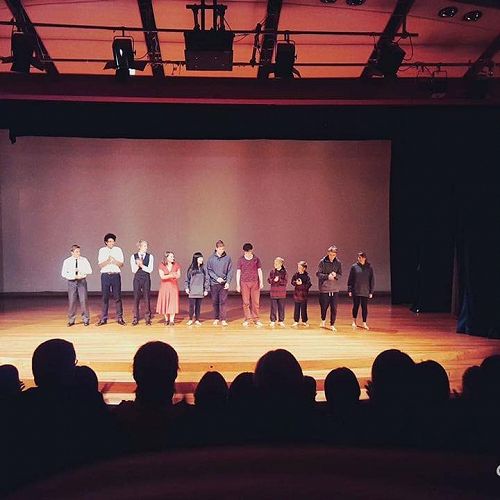 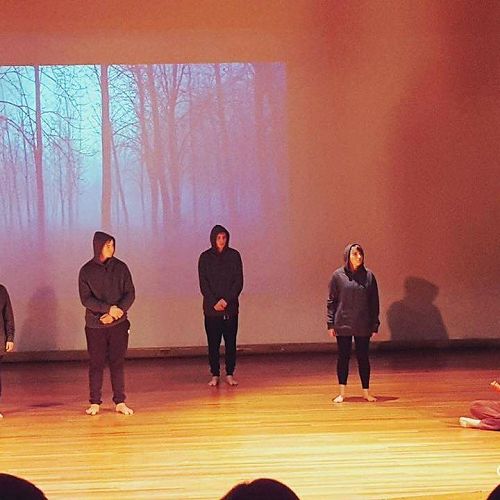 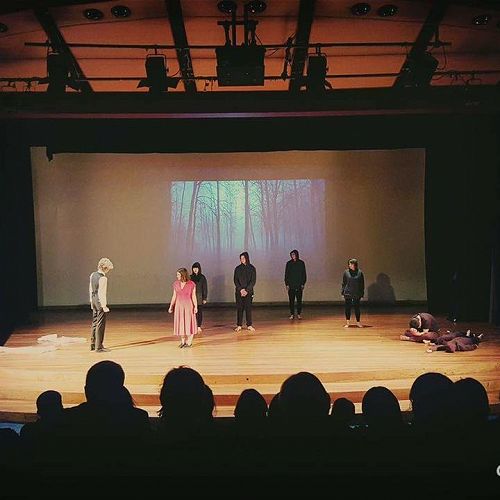 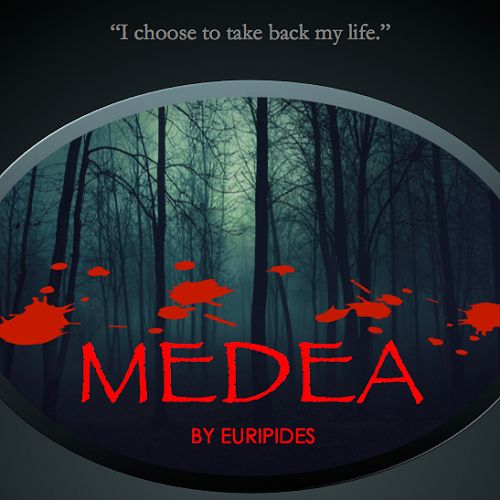 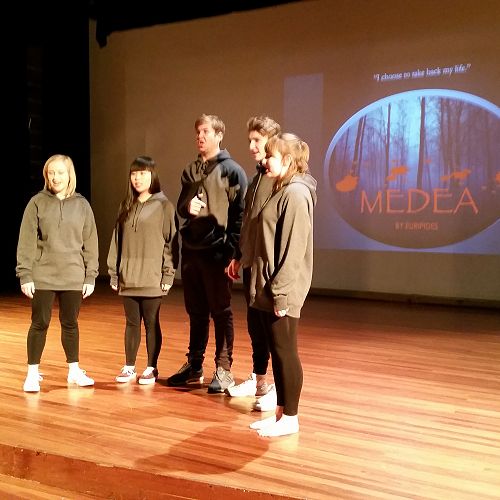 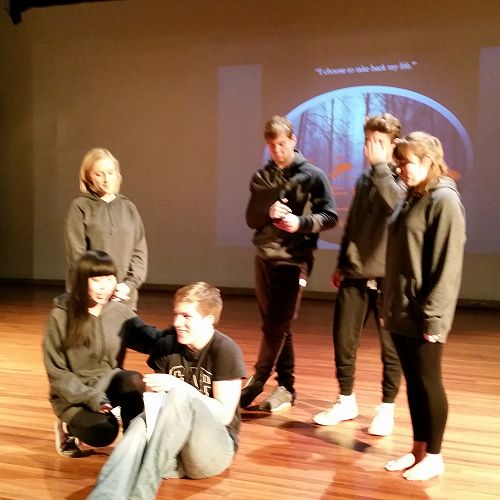