The Otago/Southland Inter-Collegiate Shoots were recently held and JMC picked up a multitude of medals. Shane Sanders achieved 9 medals!

In Wanaka on the Saturday our 5 man team won the team event. Scott McKenzie got the High Gun for overall top shooter but only after a shoot off with Shane Sanders. In Alexandra on the Sunday our 5 man team won the Taieri Shield. Shane Sanders won the High Gun. This team also won ‘best dressed’ which is awarded to the team showing the most respect, good behaviour and appearance – shows much pride in McGlashan.

Congratulations to Shane Sanders, Scott McKenzie, Arthur Chapman-Cohen and Harry Russell who were selected in the Otago team to take on Southland. 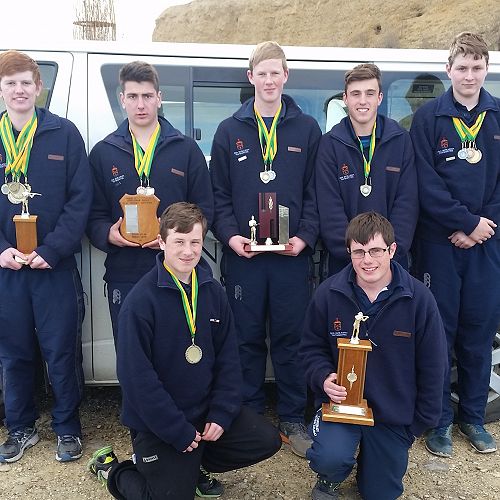