In the 29 July 2019 edition of Farmers’ Weekly Neal wrote a profile on an ex-McGlashan pupil and school colleague of his - John Elliot (1977-80, #2700), (https://farmersweekly.co.nz/.../on.../organics-finds-whisky-farmers). This story is about John Elliot and his wife Susie who have added a whisky and gin distilling business alongside sheep, beef and cropping on Lammermoor, their Maniototo farm.

Side-note: a short film associated with the Farmers Weekly story can be found at https://www.facebook.com/watch/?v=1090466404479423 The footage is spectacular and certainly worth viewing.

It’s a great story. Here are some excerpts from Neal’s article (thanks for letting us share your great story and your fine work Neal).

The Styx Valley is in a remote southern corner of the Maniototo basin in Central Otago where the seasons can be harsh. But that isn’t stopping John and Susie Elliot from running an innovative whisky distillery alongside their farm, Lammermoor Station.

The story of Andrew Elliot discovering a copper whisky still on his Central Otago station early last century is family folk lore that resonates with John and Susie Elliot.

It is a link to the latter part of the 1800s when the Otago hills, rivers and valleys were crawling with gold prospectors, swaggers and opportunists.

John never forgot his grandfather’s find on what is now Lammermoor Station.

The story says John’s father Bob later found a small stone hut close by the still, possibly the home of the miner/distiller.

John is proud of the district’s history and when he had a chance meeting with Bill Lark, a Tasmanian whisky distiller who is also known as the Godfather of Australian whisky, a plan began to hatch.

They approached Lark for advice about building a distillery on the farm and in March 2017 the boutique Lammermoor Distillery opened. When Lark visited Lammermoor he saw huge potential from the combination of the extreme climate creating a short but intense barley growing season and crystal-clear water accessible from the mountains.

“He told us we’ve got the perfect climate to produce and distill whisky,” John says.

But there was plenty to learn so John hit the books and soaked up all the knowledge he could from Lark.

John once again demonstrated his independence, building the boutique distillery himself with timber from the farm and working off a sketch. The distillery was based on Lark’s layout.

The distillery is a commercial venture as well as a hobby and required significant investment in infrastructure and equipment.

They also distill gin though the distillery is very much secondary to growing grain and running 18,000 stock units: half-bred sheep, bull beef finishing and beef breeding and finishing.

Distilling whisky is based on the Scottish process. It takes at least three years to mature and gin two.

Susie has started distilling her own gin under the name Gin and Bare It. There are up to 15 botanicals for gin and every batch has its own characteristics.

“Every distill you do is slightly different, which is the beauty of being a boutique distiller,” she says.

While the whisky continues to mature in the oak barrel Susie is selling her first batch of gin through local hotels, a liquor outlet in Dunedin and to customers throughout the country.

Being close to the Central Otago wine industry has proved a bonus for the whisky because under Scottish guidelines it must mature in barrels made from French or American oak that have been used for pinot noir wine, sherry or port.

John says there are plenty of barrels available.

Learning how to produce the whisky was one task, learning what is required by Customs so he can meet his alcohol tax requirements is another.

The distillery is a Customs controlled area and once a barrel leaves the distillery he must pay excise tax based on the alcohol content.

There are also food safety and health and safety rules to be followed.

They have 30 228-litre whisky barrels maturing at 63.4% alcohol maturation strength and a number of 20-litre barrels.

They hope to have their first bottling run by Christmas.

The bottled whisky will be 43% in strength but John says the decanting process is an exacting technique he will try to perfect with another visit to Lark Distillery.

No two barrels of whisky taste the same, a feature of a boutique distillery.

Getting the whisky to this stage requires nearly three years of round-the clock, exacting dedication to monitoring, checking and cleanliness.

John says they spend two to three hours a day in the distillery.

He is developing a story and provenance for each barrel about national and local events, landmarks and noted people in the district.

John and Sue have branched out into poetry to add to the provenance of the whisky and gin distilled on the property.

The distillery has become a tourist attraction with 1000 people visiting in the last couple of years.

Not quite busy enough, John and Sue are now developing a glamping business to cater for tourists.

The Styx Valley is not quite as remote as it was.

They run tours of the distillery. Am thinking it might be a good place for a McGlashan reunion – buses provided!

Excerpts from the Neal Wallace’s story in Farmers Weekly reproduced with the permission of Farmer Weekly.

Photos reproduced with the permission of FMG. 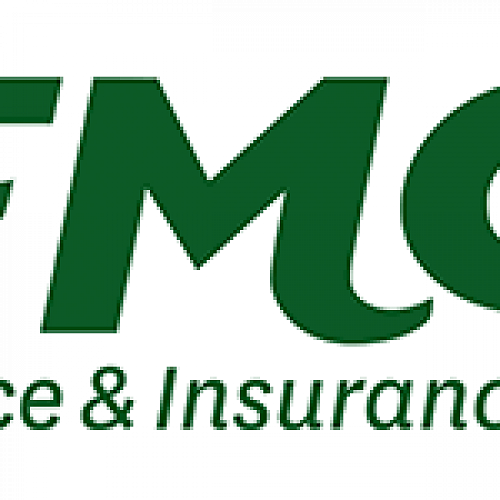 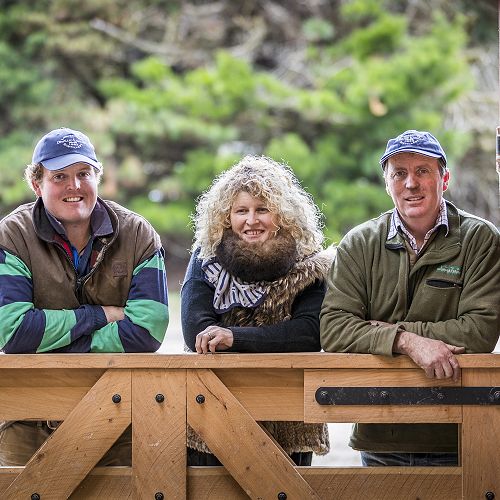 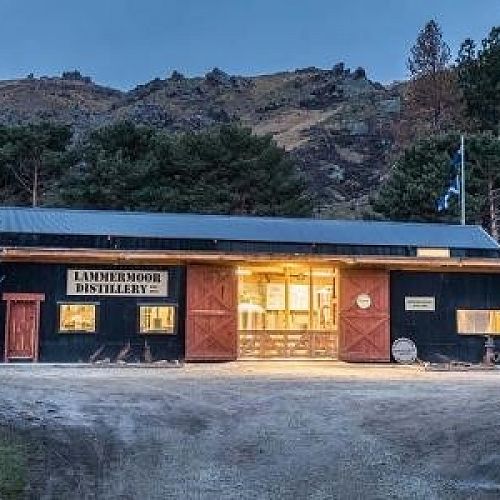