Year 12 Geography boys take on Aoraki Mount Cook; tramping up the Red Tarns; jet boating; cooking up a feast and lots of 'are we nearly there yet?'

The trip up to Aoraki Mount Cook is the highlight of Year 12 Geography and is used to consolidate learning for one of our end of year external examinations and provide data for an internal standard as well.

As the national park has become more and more popular in recent years most schools now try to squeeze into a window outside of the main tourist season and before winter proper arrives.  This is great for a quieter park but the later the trip the more likely the weather will be against us with last years group facing snow, horizontal sleet and high winds. This year, however, we were pretty lucky managing to squeeze in nearly all our planned activities.

Pretty much everything in the park is run through DOC and the lads were straight into it on arrival with two back to back talks from Elicia Milne who is the current Education officer on 'Glacial Processes' and 'Human Intervention in the Park'. After four hours in the vans and two in a pretty small classroom, fresh air was desperately needed and we made time to squeeze in a quick tramp up the Kea Track to the Mueller Glacier by way of the Hermitage to say hi to  Sir Ed on Bryn Jones behalf.

The lads stay in the YHA association up at Aoraki and take responsibility for their own catering.  A fairly wide range of culinary skills are usually on show throughout the trip, it might not always be overly fancy but it is always filling. The Boarders appear to have a constant supply of steak, which I'm pretty sure isn't from boarding house rations but they certainly know how to cook it with Scott Perkins winning this year's teachers test award. As usual, more bacon was consumed during the trip than is probably either safe or healthy.

Tuesday was a pretty full on day starting off with DOC again and an ascent of the Red Tarns looking at variations in the ecosystem as we move up the mountain side. The lads have to look at how interacting natural processes such as exposure, sunshine, soil, temperature and altitude etc affect the different flora as we move up the hill. The constant stoping allows the boys to complete quadrat studies and teachers to get their breath back and pretend we're fitter than we actually are. You know it is a steep climb when even members of the 1st XV are complaining about the steps, a mere 1200.

This year's trip up the Tarns was accompanied by DOC choppers flying out the waste buckets from Mueller hut and tipping them into the Oxidation Ponds down in the village. A useful sight for students studying Human impacts on a Natural Environment and an opportunity to convince some boys that the spits of rain were in fact coming from the buckets overhead.

Off the Tarns, we were straight down to Lake Tasman, and another walk to the boats, much to the delight of the boys. We were blessed with superb weather and the jet boat trip around freshly calved icebergs was probably a highlight of the trip. Seeing the size of some of the bergs and stories of berg explosions and rolls made for some great out of class learning. Some of the stats on glacial retreat are pretty sobering, the Tasman Glacier itself will likely have completed disappeared within these boys life time.

With just a couple of hours of sunlight remaining we were off to the Rubbish Collection centre for another talk from DOC on how they managed recycling in the park. Everything has to be shipped out to Timaru and collection and sorting is all done before it leaves the park and we're producing more and more waste each year as visitor numbers increase. One point of interest is that removing bins is creating less rubbish in the park! The two bins at the Blue Lakes carpark which were constantly overflowing have been removed forcing visitors to take rubbish with them rather than leave carrier bags beside full bins to be ripped up by Kea and spread around the carpark. A long day meant for a pretty quiet night and without the St Hilda's girls to keep the boys awake this year most lads turned in early ready for the Glacial flight and landing on the way out of the park the following day.

After two beautiful days, the weather finally tilted against us on Wednesday morning and although still dry the wind cancelled all flights onto the Glacier, two years in a row we have missed out on this particular highlight. A detour by way of Mount John was arranged to make sure the boys didn't lose out or get to school too early to return to class. There is a charge to drive up on the Mount these days, and $6.00 for a coffee and $9.50 for a pie is enough to make anyone realise that things are changing in the South Island High Country. New subdivisions at Tekapo and a look through the real estate office windows in Omarama can tell you a lot about the changing perception of the area and what it offers.

Studying the South Island High Country and Aoraki Mount Cook is a standard topic for many South Island schools and provides a little bit of everything in terms of Physical and Human Geography. From glacial retreat to soaring house prices, the pace of the massive changes that staff have witnessed in the SIHC in their lifetimes will likely be equalled by more significant change still within the boys. The SIHC is still well worth the trip, be it for education, pleasure or both in a perfect world. 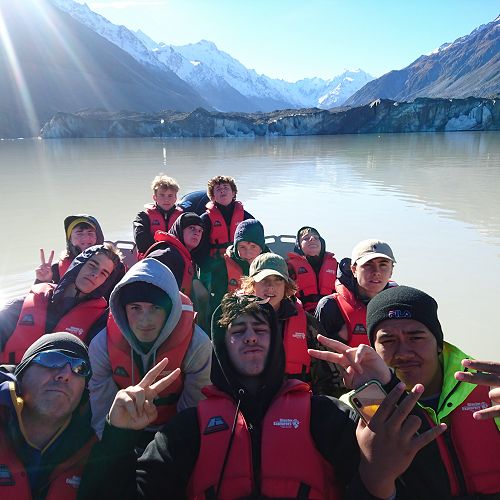 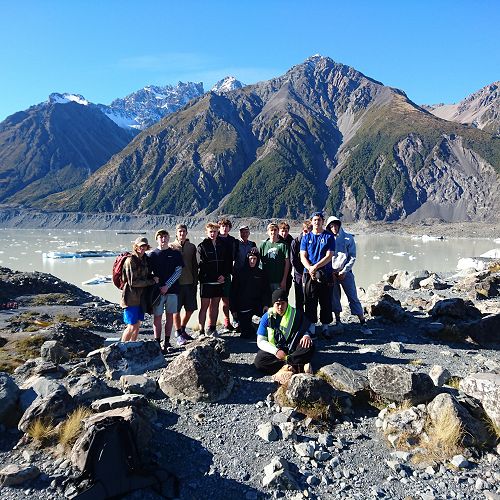 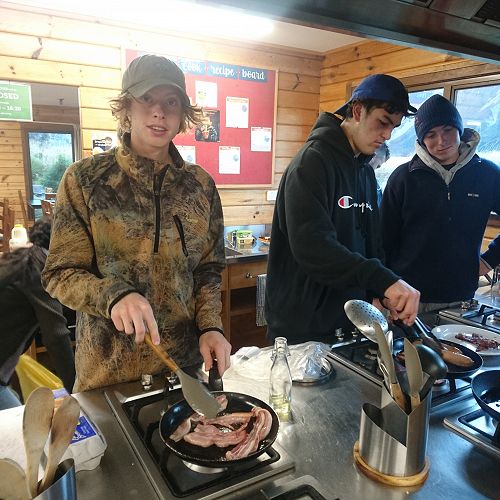 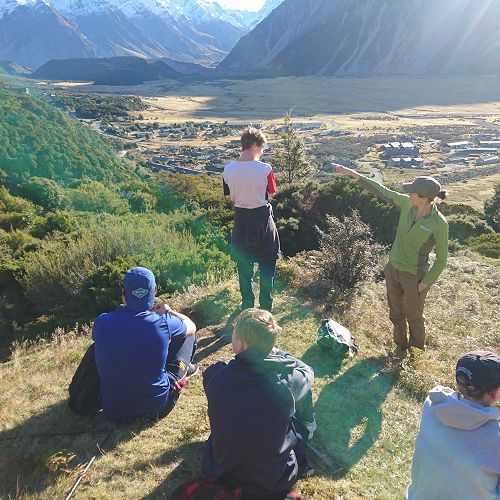 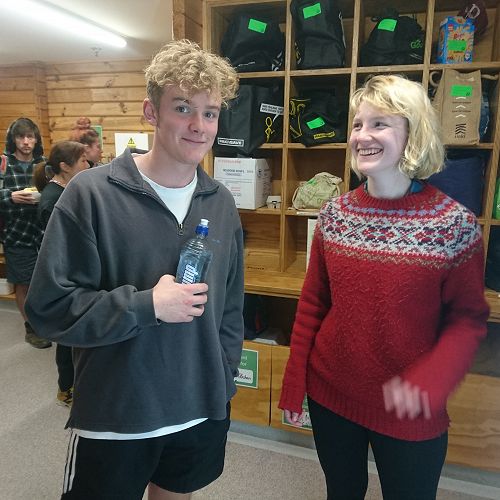 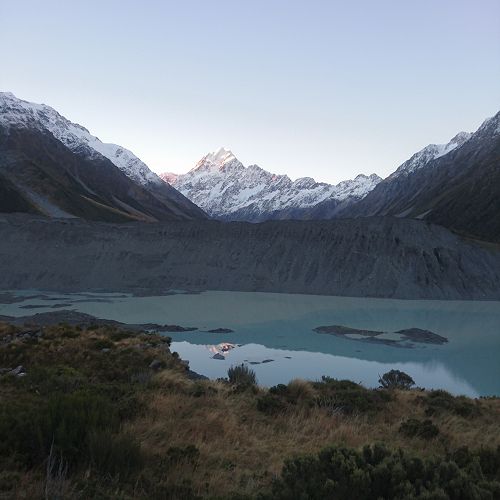 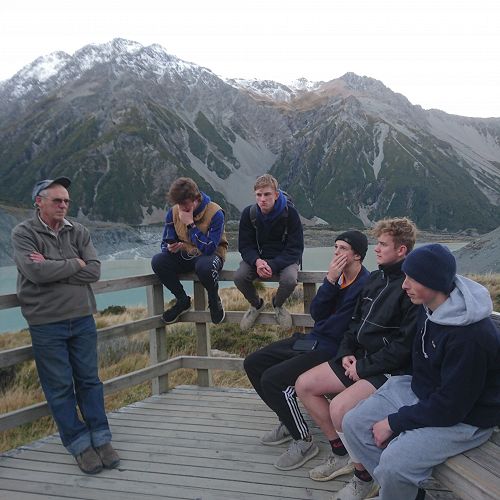 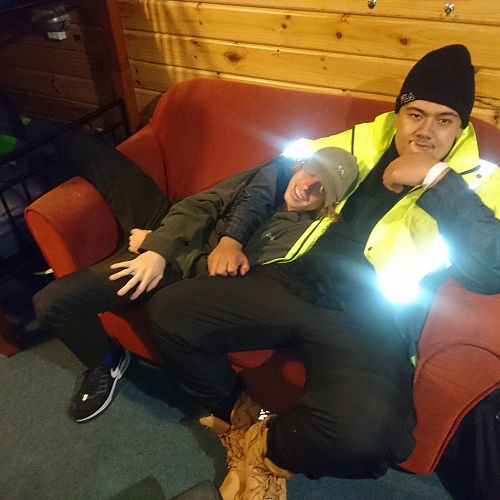 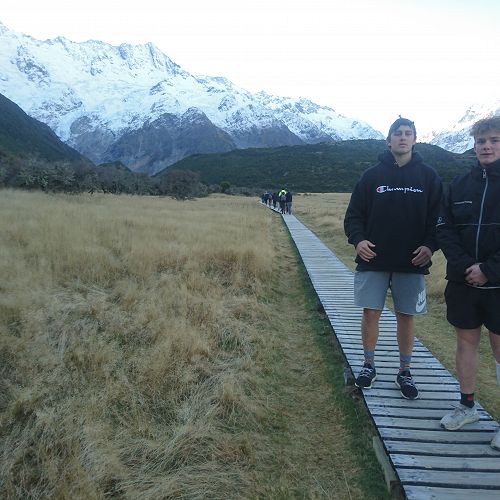 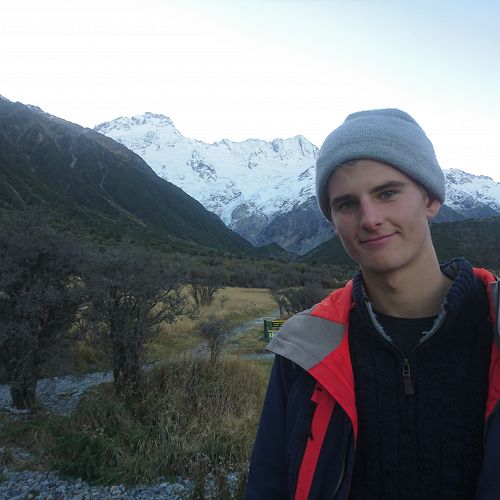 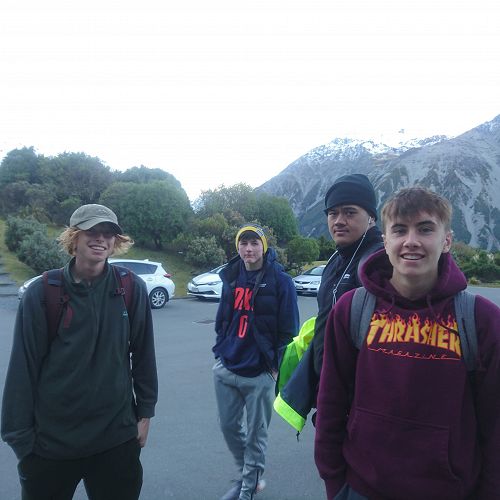