Mark Darling, an apple grower from Ettrick, once again welcomed the Year 13 Agricultural Science boys to the orchard.

Through the kindness of Mark Darling, the Year 13 Agricultural Science boys were once again able to visit the Ettrick apple orchard as part of their preparation for an internal assessment on apple attributes.

The boys were treated to an extensive tour around the Darling's impressive operation and took the opportunity to interview Mark to learn more about apple attributes, consumer preference and market forces that influence export trade. The boys were made aware of the myriad of regulations in place around fruit exports, and the constant pressure growers are under to produce apples of the highest standard each year to ensure their share of a potentially lucrative overseas market.

The harsh reality of climatic forces, mostly out of the control of the grower, was on display this year as thousands of hail-damaged apples were evident throughout most of the orchard blocks. Growers simply have to cope with such tragedy when it strikes and salvage what they can.

The boys also enjoyed a delicious barbeque and were able to taste many varieties of apples as they walked around the orchard. It was a good day out for all, and the boys returned armed with relevant knowledge they were able to use in their studies. A huge 'thank you' to Mark Darling for hosting us and sending us home with many large bags of apples and apple juice! 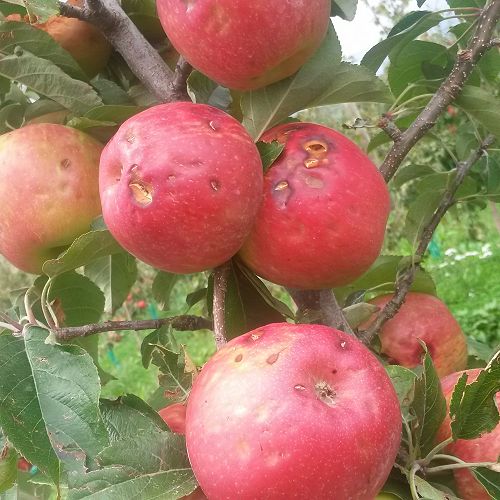