The Otago Top Schools' Squash Tournament was held recently at the Otago Squash Club in Dunedin.

With a very young team led by Fynn Duncan we entered the 'B' Grade competition against King's High School, Otago Boys' High School, South Otago High School and a home school team. Matthew McKnight, Michael Beattie, Harry Smith, Johny Shallard and Fynn won both of our pool games which meant we played a King's team made up exclusively of senior boys in the final. Fynn played well to beat their number one player but we went down 2-1 in a hard fought encounter.

We are trying to develop more depth in our squash programme and encourage any boys who want to give it a go to contact Mr Scott. The boys practise on Tuesdays after school during terms two and three, but there are plenty of options to play over summer for any boys who are keen. 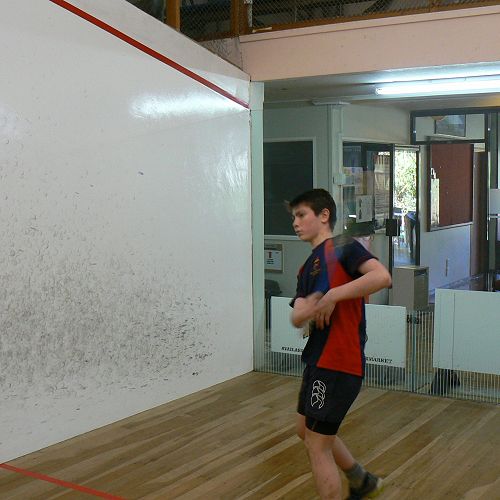