John McGlashan’s vision “… the blessing of a sound and liberal education.”

In the lead up to the Centenary, I have been researching the life of John McGlashan (1802 – 1864) and have discovered his profound influence on education in early Otago.

Lawyer, public servant and educationalist, John McGlashan was one of the most important pioneers of the Otago settlement. In 1847, prior to his emigration from Edinburgh, he had been employed as secretary of the Otago Association where he oversaw arrangements for the first dispatch of ships and emigrants to Dunedin. He was appointed the first secretary of the Otago Education Board in 1856, and while he was in this role he formulated his vision for education, which would make Otago the “centre of civilisation in the Southern Hemisphere”. Sadly, he died prematurely in 1864, following a concussion from hitting his head on the lintel of his stable when returning home on his horse. Unfortunately, this meant he never saw his dreams for education in Otago become a reality.

After his death, it was through the wisdom and generosity of McGlashan’s daughters that his plans were realised when, as a memorial to their late father, they gifted their paternal home and estate, ‘Balmacewen’, for the establishment of a school for boys.

It is proposed, in addition, to institute a school for boarders and day pupils, in which ample provision will be made for teaching every branch of a liberal education. The institution will be under the auspices of the municipal and ecclesiastical authorities of Otago, and will be conducted by a head master of high attainments and respectability.
The course of instruction will not only comprehend all that is given in all the best institutions of the kind in this country, it will embrace many of the higher branches of literature and philosophy which is usually taught in the universities. A thorough English education will be made the basis of a sound knowledge of the classics, mathematics, and mental and physical science, while the modern languages, drawing, and other accomplishments will not be neglected.
Great efforts will be made to render the instructions solid and substantial, such as befits a colony which aspires to become the centre of civilisation in the Southern Hemisphere. The whole institution will be conducted on Christian principles, and the doctrines and duties of religion will be carefully inculcated.
In the house every care will be taken to provide for the health and comfort of the pupils, who will be taught to regard themselves as members of a well-regulated Christian family. The domestic arrangements will be managed by a lady of respectability and piety.
Out of doors the pupils will be continually under the superintendence of a master. In pursuance of this scheme, it is proposed that the head master with two assistants, should embark for Otago at an early date and that more assistants should follow as pupils increase in number.
This school will afford the greatest satisfaction to the settlers in Otago, and also to many of high respectability, since it will assure them that, though far from their native land, they can still obtain for their children the blessing of a sound and liberal education.
A detailed prospectus will shortly be issued.
Signed - J McGlashan

What would he think of his legacy today? Perhaps he would be satisfied to know that the essence and heart of his vision are still relevant, some 150 years later. It has been through McGlashan’s public-spiritedness and energetic approach to religious, educational and provincial affairs that he has made a significant contribution to Otago and we trust that we have honoured his founding sentiments and outward looking approach. Our task now, as always, is to continue to respect the past while preparing our young men to be the leaders and problem solvers of the future. For us, a physical embodiment of this can be seen every day in the quote above our library door, “From those to whom much has been given, much will be expected”.

Formal - The school formal was held last Saturday at the Otago Museum and was a very sophisticated event. Over 300 students enjoyed a grand night of good food, music, photos and dancing. Senior students and chief organisers Nick Page and Will Palmer put in hours of work and their attention to detail certainly paid off. Thanks also to the boys who stayed to disassemble the decorations and clean up afterwards. The formal is a reflection of the calibre of our students and the sound student culture which proliferates within the college. Well done gentlemen.

Many dads, grandfathers, uncles and friends were hosted by our boys at the Men’s Breakfast held last week in the Dining Hall. Guest speaker, Judge Michael Crosbie entertained and informed the gathering with a thought provoking presentation on life lessons. This is an annual event and always good opportunity to spend some valuable time with the boys.

Ms Kirstyn Mawdsley has started as Marketing and Development Manager, a role which has been funded by the Board of Proprietors. Kirstyn is astute and professional and has worked at John McGlashan previously, so we are very pleased to welcome her back.

Mrs Anita Veitch has been appointed to Melanie Ruru’s Year 8 home room class from the start of Term 3. Mrs Veitch is a specialist primary teacher who has considerable experience, and we look forward to welcoming her on Monday 24th July. Parents of students in 8MRU will be invited to a function to meet her at the beginning of the term.

Seventeen school days remain until the July break, and there is much work to be done in the classroom and on the sports field. I expect that every boy will be setting high standards and seeking excellence in all endeavours. 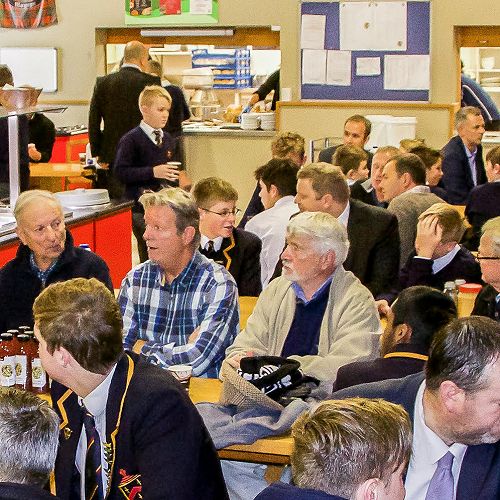 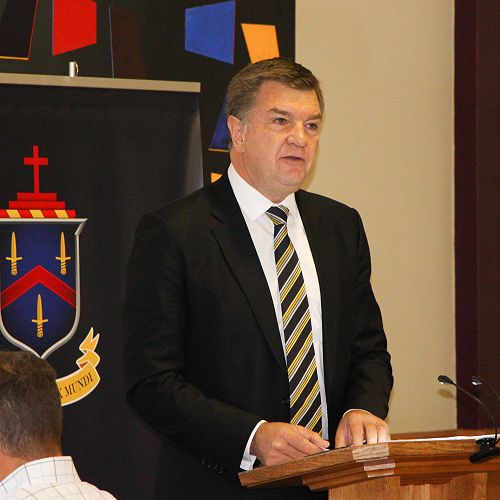