The South Island Junior Volleyball Tournament began for us with a nine hour van ride up to Nelson leaving at 5:30am. Once we arrived and got settled into the holiday park we were staying at, the real fun was able to begin.

Each morning was an early wake-up and the first was going to be the toughest as we were coming up against the top-seeded Riccarton High School. The boys came into this game a little tired, and we didn't bring our A-game, thus causing the result of a 2-0 loss. After the wake up call the boys were ready this time as we faced Waimea B team. In this game, we played some good volleyball and were able to have a convincing 2-0 win over them. That was the first day done and dusted. From those results we were played in a new pool for the next day.

Mr Casey feared that our morning game performance yesterday would be repeated if we didn't switch on soon enough. Therefore he made sure to pull over early and made us run the rest of the distance to the stadium. This had the effect he wanted as we were able to once again win 2-0, this time against Nayland College. This soon became a pattern for our team that helped get us firing early in the morning.

On a two-game winning streak, we came up against St Andrews College and once again were able to blow by them with a 2-0 win. Next came possibly the most important game of the tournament. Both us and Waimea A were undefeated in our new pool, and the winner of this matchup would go on to the semi-finals. We put up a stellar fight by playing the best volleyball we had that year. The first set came down to the wire, but we weren’t able to prevail, instead narrowly losing 24-26. The next set we still gave it our all but yet again just came up short. With that loss, we were sent into the lower ranked play off where it was tough to get back into that rhythm. This showed in our next game against Marlborough Boys which was one of our least impressive games of the tournament just losing this time 2-1. The loss wasn’t easy to take especially when we knew we could have won. By the time it came round to our final game for 7th position the boys were a little run down. We ended up facing our Otago rivals Otago Boys High School but couldn’t quite get the win over them either, placing us 8th in the South Island.

That brought our Volleyball season to an end for the year, and all of the boys would like to thank our coaches Mr Casey and Yuki Watanabe for the great season. Next for us will be senior grade volleyball that is a challenge we look forward to for next year. 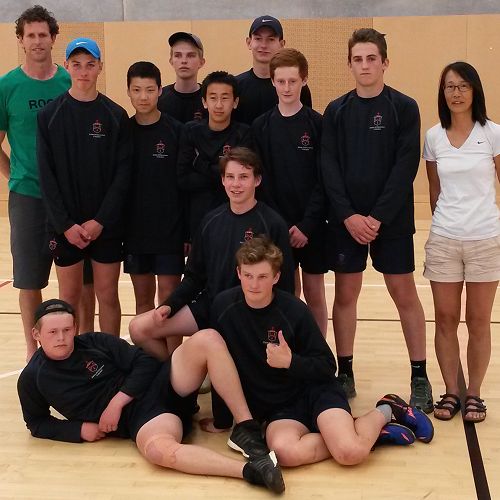